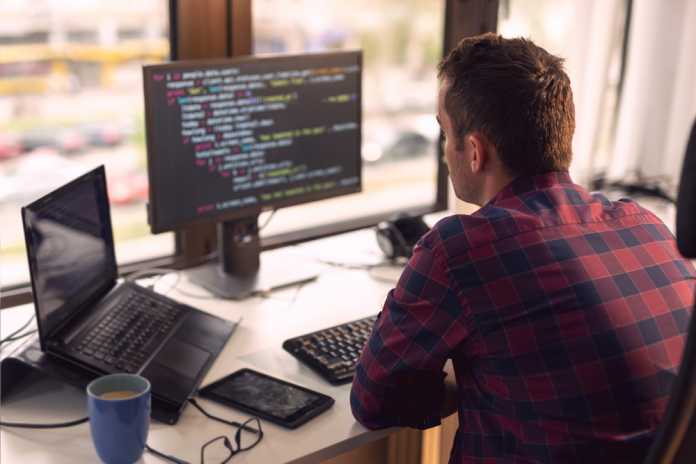 DevOps has been an established software development practice for over a decade now, but it still causes some organizations to scratch their heads.

“What is DevOps? Why does it matter? And why does our company need to explore it?”

These questions crop up on a regular basis when brands approach us with nearshore software development outsourcing projects, and our answer is always the same.

There’s a common misconception that DevOps is either a developer role or a set of tools, when in fact it’s a far deeper concept based on culture, technology, and agility. Furthermore, it is essential to be aware of the DevOps toolchain since it’s used worldwide, and DevOps Certification Training helps improve the software’s quality and security knowledge. In this article, we’ll explore the key benefits of DevOps and how they result in software development excellence.

Teams that operate in silos are one of the main hindrances to agility in software development. When development, operations, and testing teams are working on the same project independently of one another, it causes endless obstacles that slow down the entire process.

For example, if each team works with separate tools and processes they can easily clash when “handing off” products between silos, so there’s a much higher risk of operational issues and, in many cases, inter-team animosity.

DevOps breaks down those walls and empowers teams to collaborate continuously, placing communication, productivity, and overall performance at the top of the priority list. By implementing robust communications platforms and feedback loops, all teams work on the same page, making it an organizational effort, rather than a siloed one.

Over time, this liquidation of silos leads to a company-wide culture of collaboration, resulting in many benefits for the organization, such as process improvement, faster time-to-market, and a unified team working towards a common goal.

Establishing the right culture is always priority number one, but without the right tools, there is a limit to the potential efficiency benefits of DevOps.

Most legacy tools and systems are not conducive to productivity, which is why DevOps success depends on automation. By automating processes like testing, deployment, and monitoring, you eliminate repetitive tasks, maximize consistency, improve product quality, and reduce the risk of human error.

The 2019 State of DevOps report found that the highest performing IT teams deployed several times per day, while the lowest performers deployed just twice a year. This staggering efficiency is only possible through automation, which is the key to developing high-performance DevOps teams.

When companies can deploy software more frequently, they can gather more feedback from users, test out new features and innovations, and fix bugs at breakneck speed, leading to enhanced user experience and happier customers.

Collaboration and efficiency usher in another clear benefit for businesses: lower costs.

For instance, the automated testing aspect of DevOps not only enables teams to release faster, but it also reduces the dependence on human testers, lowering the cost of manual testing. Also, with all teams on the same page, there is greater visibility into project-wide issues, allowing fixes to happen faster and reducing the cost of downtime.

Then there are the potential cost savings of cloud services, which many DevOps tools are built on. For example, our DevOps approach to refactoring cloud architecture, along with resource optimization and process automation, resulted in a 30% reduction in infrastructure costs for one of our partners.

In addition to the potential cost savings, there is also huge potential to increase revenue, as DevOps can drastically reduce time-to-market for new products or features.

With the right culture and tools in place, IT teams will drastically shorten their development cycles, giving them much more opportunity to experiment and innovate.

On top of that, with everyone collaborating much more closely, teams will naturally bounce new ideas around for process improvements, possible features, and even new products.

By establishing the methods for continuous software delivery and stable operating environments, DevOps will always lead to some sort of innovation, which is vital for any organization that hopes to compete in today’s business world.

By now, the benefits of DevOps should be pretty clear, but there’s still a question of exactly “how” to apply DevOps practices and tools within an organization.

If your company would like to learn more about DevOps or explore the possibility of DevOps outsourcing, we’re here to share our knowledge and help you through the process. Send us an email to [email protected]