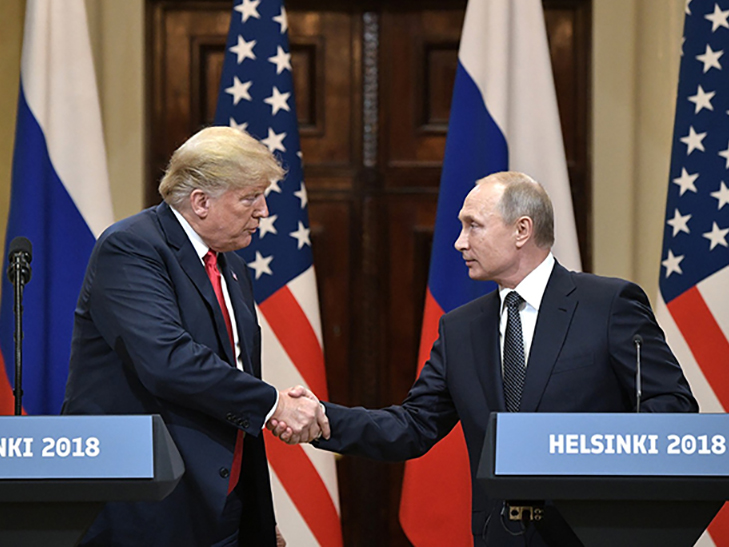 The Helsinki Summit – or the Treason Summit, as some call it – of the 16th of July, has come and gone. It left a smell of burning hot air behind.

President Trump, opened the meeting by saying that up to now relations between the United States and Russia were bad, and confessing that the US was to blame for it. He wanted them to improve and hoped that this meeting – he indicated that others of similar nature may follow – may be a first step towards normalizing relations between the two atomic super-powers which together, he said, control 90% of the world’s nuclear destructive force. A timely admission, but ignoring the most dangerous and unpredictable atomic power, the rogue nation of Israel.

President Trump, opened the meeting by saying that up to now relations between the United States and Russia were bad, and confessing that the US was to blame for it.

If ever the promising dream-like sounds of Donald Trump of denuclearizing the globe were to see the light of day, Israel would have to be among the first countries to be de-nuclearized – which would be a real step towards world security and peace in the Middle East.

How Can Governments Respond To Surging Bankruptcies?

How Do I Create a Live Streaming Website (Platform)?

How Your Home Can Help You Consolidate Debt

Loan Prepayment Calculator: How Does It Work?

What can debt collectors do in the UK vs the US?

What are CFD stocks and how do they work?

Large majority of Americans still in favor of capitalism