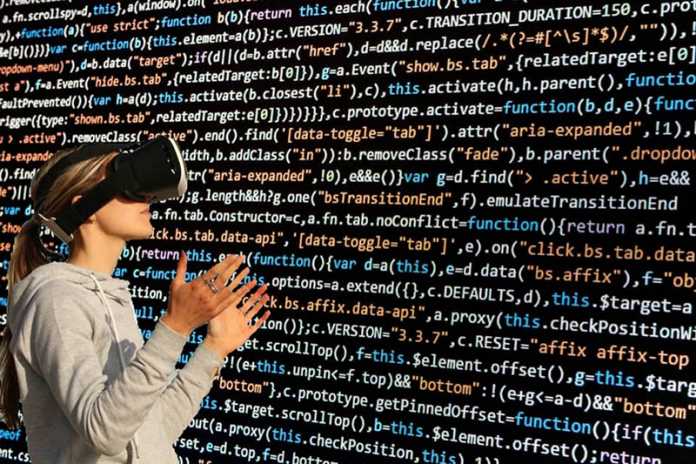 Not long after the latest transition from Facebook, the newly branded company is now aiming to set up its own virtual online world. Horizon Worlds is set to be the latest interactive social media platform with ambitious features that take online communication to the next level. The VR product was released on 9th December; it is open in the US and Canada for anyone over the age of 18. You can access the free Quest app without having to receive an invite first. Like on the best online casinos reviews Australia, you can find general info and try the demo before purchasing.

The First Step in Virtual Reality

This new project is the first attempt by Meta to bring the world of virtual reality integrated into social media. The vision was created by CEO Mark Zuckerberg, who wishes to expand his “metaverse” into multiple new paths. The purpose is to create a massively multiplayer online experience that mixes the characteristics of other well-known games like Roblox and the special world, similar to the concept in Ready Player One. The project was originally just named Horizon but later changed due to the huge amount of space they wished to portray and the ability to support millions of players worldwide.

The initial concept requires only your Facebook account, and you can invite up to 20 people into a virtual space with you. You can communicate with each other through emotes and voice chat, using the VR headset to look around and face each other. It will be like entering a real room and talking to your friends face-to-face. You can organize your own events with this function, like movie nights, gaming, workplace gatherings, or even house your own meditation settings. You can also bring in avatars and objects from famous franchises to further customize your experience.

The project was first announced back in September 2019, alongside an official private beta test release. This meant that invites were given to a select few people with VR headsets to try out this new way game for themselves. The environment itself was very basic, following the rules of a Minecraft style and using building blocks to create your own spaces. During the demo, players were gathering in regular meetup places such as the Plaza, which was the primary meeting area for the game itself during that time. You can use the creator lounge area to customize your own meeting spot with everything that your friends might love.

There was even a building competition at the time, which meant that you could win cash prizes if you were part of the beta. Simply create the best-looking room you can and the prize will be yours when determined by the Facebook judges. If simple social interaction isn’t good enough for you, the game then came with another game mode that let players battle against each other in a shooter. These new functions grew over time to eventually become the official release almost two years later, just after the release of Meta’s new brand.

When you play into the game, the most important tool you will learn is writing your own code and creating your basic environment. This involves setting your own rules on how the objects of this world will interact with the world you want. This includes creating a gun that shoots or adding bounciness to a ball you found. Meta designs these as script blocks, which act similarly to the layers used in Photoshop. Create numerous script blocks to link all the commands together and make the rules flow seamlessly from one side to the next.

The company will eventually release a free library of script blocks to prevent all players from starting from scratch. They can just use these templates, to begin with and then dive into more original creations once they have a grasp on how to play. While the coding itself is done entirely in VR, there are plans to make these script blocks accessible for creation on regular desktop computers. In terms of health and safety, there are procedures to help protect those from harassment in these virtual worlds so that strangers won’t have access to your personal information.

As of 2021, the company that was previously known as Facebook is now known to the world as Meta. This means that it is Meta that now owns all of these other branches, which includes Facebook itself. The other brands are names like Instagram and the newly developed Horizon Worlds. In addition, there are hundreds of other projects that Meta is setting up to help create their supposed “Metaverse,” which combines all of these names under one title. The aim is to tap into many aspects of the online industry, such as entertainment, gaming, work, education, and trading.

Connect 2021 is the headliner created by Mark Zuckerberg in which the operation to create all of these products is followed up. This single title aims to be the true successor to mobile internet, creating and owning all of the popular methods of social media interaction and developing it even further than before. No matter where you are in the world, there will always be a way for you to interact with someone online, which includes the magic of virtual reality. Horizon Worlds is set to be the first major step into this brand-new world itself.

Here are the two VR devices you can play Horizon Worlds on:

More platforms are said to be available as the company progresses. Once this is all set up, you can proceed to connect your social media platform to the game and log on with your Facebook account. Once you are in, you can explore to your heart’s content and create your worlds to invite players too. There is currently no news on whether this game will be released worldwide, so it is best to stay tuned for more updates by visiting their official website.