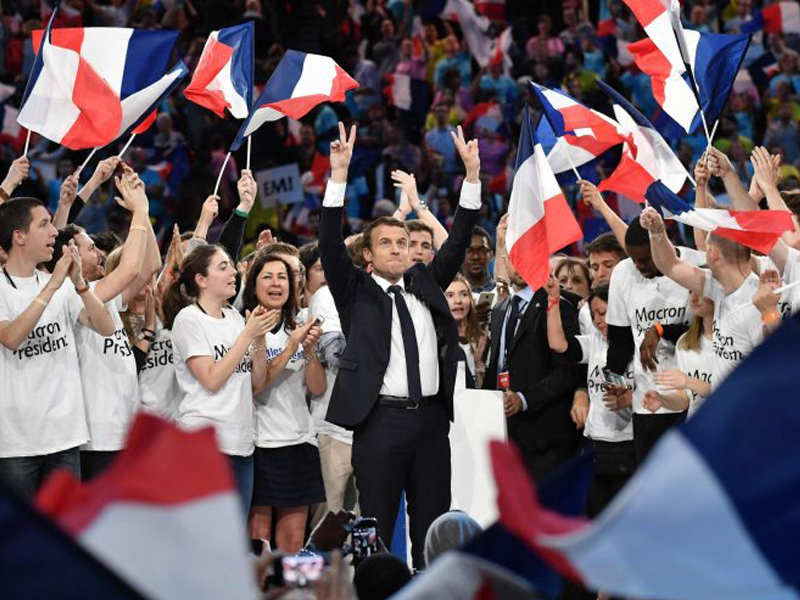 French politics has captured the eyes of the world for the past months. Now that conclusions have been made, Abayomi Azikiwe tackles what Macron’s victory brings and its implications to the European Union and the global economy.

This episode in French politics was hailed as a major defeat of “populism” in Europe and the Western capitalist world where in the last year right-wing parties and political initiatives have made headway.

There was the vote to leave the EU by the British voters in June 2016. Later in the November presidential elections in the United States billionaire right-wing demagogue Donald J. Trump landed in the White House through a sweeping Electoral College victory over Democratic Party stalwart Hillary Clinton.

This episode in French politics was hailed as a major defeat of “populism” in Europe and the Western capitalist world where in the last year right-wing parties and political initiatives have made headway.

Macron, an investment banker and former minister of economic planning in the Socialist government of departing President Francois Hollande, was favoured by the corporate media and the European banking institutions.

Official results say that Macron won 66.1 percent of the vote to 33.9 for Le Pen. However, 33 percent, one-third, of the electorate either stayed at home or turned in ballots that were uncountable indicating a strong rejection of both of the dominant tendencies in French politics. Neither party projected any viable solutions to the high unemployment rate and increasing poverty inside the country.

The British Independent newspaper said of the results: “Mr. Macron earned over 20.8 million votes in the election, while Ms. Le Pen gained a record 10.6 million votes for Front National.

Although the En Marche candidate was portrayed as a voice of reason and tolerance the programme advanced by the president-elect calls for the elimination of guarantees for working people. Similar reforms in previous years appeared to be aimed at transforming labour relations in France to more closely mirror the US.

The EU welcomed the results of the vote as an indication of the stability of the regional system of governance and economic restructuring. Le Pen had suggested that under her presidency a referendum on the future of French membership in the continental body along with the Eurozone would be put before the electorate. This could have continued the disintegration of the European monetary zone and parliament which largely serves as a barometer of what constitutes stability in the region.