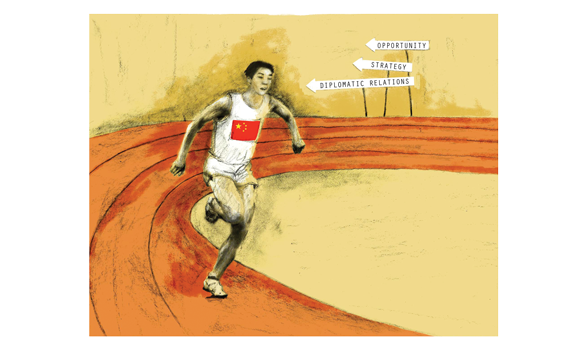 You think you know what China is doing in Africa. You’ve seen the headlines: the Chinese arrived in Africa a few years ago in a desperate search for oil. They set up a huge aid program targeting resource-rich, pariah states that would otherwise have to heed western concerns about governance. Their companies bring in all their own workers. It’s a great story. There’s just one problem: almost none of it is true.

Three decades ago, I shared a compartment with two African students traveling through China’s impoverished countryside between Canton and Shanghai. They were earning a degree in China, sponsored by China’s foreign aid program. This sparked my curiosity. Why was China giving scholarships to Africans? Much later, with a Ph.D. under my belt, many visits to Africa, and years of research, I published a book on China’s foreign aid on the continent. In 1998, the obscure topic aroused little interest. You could say it sank like a stone. A decade later, I returned to the topic, traveled to China and a dozen countries in Africa, and interviewed hundreds of people to sort out the myths and realities of China’s aid and economic engagement. Here’s what I found.

Is China a newcomer in Africa? Actually, the Chinese first began giving aid to Africa in the late 1950s as a tool of diplomacy and solidarity with fellow socialist countries. When Chinese leaders gradually pulled the country into the market, China’s aid shifted to emphasize a mix of diplomacy and commerce. Chinese companies first began to win construction contracts in Africa in the late 1970s. Ethnic Chinese have been involved in private business in places like Mauritius and South Africa for decades. The first investments by China’s state-owned companies started in the late 1980s. Beijing’s current push in Africa is part of a long-term strategy, still unfolding, but not at all a hasty scramble for resources.