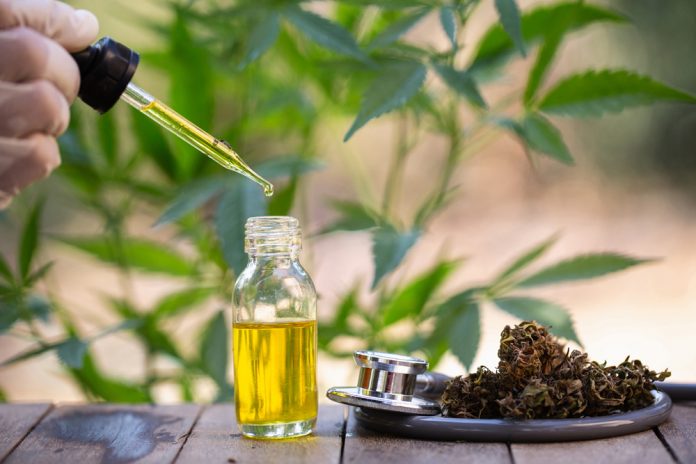 Legal cannabis has been one of the fastest-growing markets of the decade. According to a report from Arcview Market Research and BDS Analytics, “State of the Legal Cannabis Markets,” between 2018 and 2024, the estimated value of products sold within licensed establishments is predicted to exceed the $40 billion mark.

This rapid rate of growth is one of the main reasons why investing in marijuana stocks had become so popular – and a niche that has gained some of the biggest traction is CBD.

There have been all sorts of medical reports showing its vast potential benefits, ranging from improving skincare and pain relief to helping to cure cancer.

However, US investors are now better off avoiding the CBD market and here’s why.

But first, a bit of background.

Cannabidiol (CBD), along with tetrahydrocannabinol (THC), is one of the main two compounds produced by the marijuana plant. Unlike THC, CBD does not have any psychoactive properties but has a plethora of perceived health benefits.

For example, CBD Kyro details the story of a young girl named Charlotte Figi from Colorado. She was born in 2006 with a form of chronic epilepsy known as Dravet Syndrome. After exhausting all modern medicine, her parents turned to cannabis to treat their daughter’s illness when she was just 5 years old.

The results for this were almost instantaneous, with Charlotte’s seizures stopping almost instantly after she had consumed a small dose of CBD oil extracted from a high-CBD cannabis strain.

This is just one of many cases where CBD has helped to treat some serious conditions.

But note the importance of the term “perceived” health benefits mentioned previously. This is because the FDA has only approved one medical use of CBD, namely Epidiolex, for treating rare forms of epilepsy. There is still a lot of research needed before it can be categorically stated that CBD can be used for treating several ailments.

But this has not stopped the public from using it. Particularly in North America, many people have bought into CBD-based products. According to the Brightfield Group, CBD sales in the US alone are predicted to increase from $591 in 2018 to $22 billion by 2022. This represents a 147% growth rate per annum.

One of the reasons behind this massive growth was the passing of the 2018 Farm Bill. This key piece of legislation made the industrial production of hemp legal at the federal level. Considering hemp is rich in CBD, this was a big deal.

As reported by Daily CBD Mag, the more that scientists and researchers look into CBD and its benefits, it becomes increasingly likely that we’ll find more reasons to use it, leading to more products becoming available.

As a result, some large Canadian cannabis businesses have made their way south of the border to join in. Of the 14 major Canadian cannabis growers, 6 have announced that they plan on entering the US market. 3 more are expected to announce their own plans within the next 12 months.

In their eyes, the opportunity is too big to miss out on right now. Combine this with the fact that CBD products like CBD oil, flawless cbd, edibles, topical applications and even foods and drinks are priced far higher compared to dried cannabis, and you can start to see why they are so eager to sell in the US.

Unfortunately, while on the face of it, the CBD market looks like a very lucrative business, there’s one aspect that investors are failing to notice – and it’s the very reason why you should now be ignoring this market:

US hemp and CBD hemp oil is heavily crowded compared to what the Canadian companies are used to dealing with.

The US CBD Market Is More Competitive Than Investors First Thought

Here is a selection of cannabis companies expected to enter the US CBD market:

And now here’s a brief summary of their plans:

Now, while their plans to enter the US market and reap the rewards of a booming market sound exciting, they are overlooking how now that industrial hemp is legal to produce in the US, established brands like Charlotte’s Web are already taking advantage too. This could make it very difficult for these Canadian businesses to get a stronghold of the consumer base.

To make things worse for the above-named companies, smaller US businesses in the legal cannabis and CBD industry can now access legal financing options from banks and investment firms. As a result, what was once considered an advantage for the large Canadian corporations has now become a level playing field.

On top of this, general stores in the US will no doubt get involved in the act, causing further disruption to the market. Arcview and BDS Analytics reported that two-thirds of all CBD sales were still occurring in licensed U.S. dispensaries as of 2018. But by 2024, it’s expected that 70% of all CBD spending will move to general retail stores.

This comes as a big blow to companies like Canopy, HEXO and Tilray as they rely on their branded licensed dispensaries for sales – this approach is not quite the best way to succeed in such a diverse environment

Of course, CBD could still end up being a very profitable venture for Canadian companies in the US market. If they didn’t think it could work, they wouldn’t have bought assets like processing facilities, etc.

If you are interested in looking at some of the biggest US CBD companies, Gift Wits has compiled a convenient list to check out.

However, blindly thinking that because Canadian pot stocks were profitable investment opportunities north of the border does not guarantee they will bring the same levels of success in the US. Given how diverse and the sheer amount of competition already here, Canadian businesses face an uphill task.