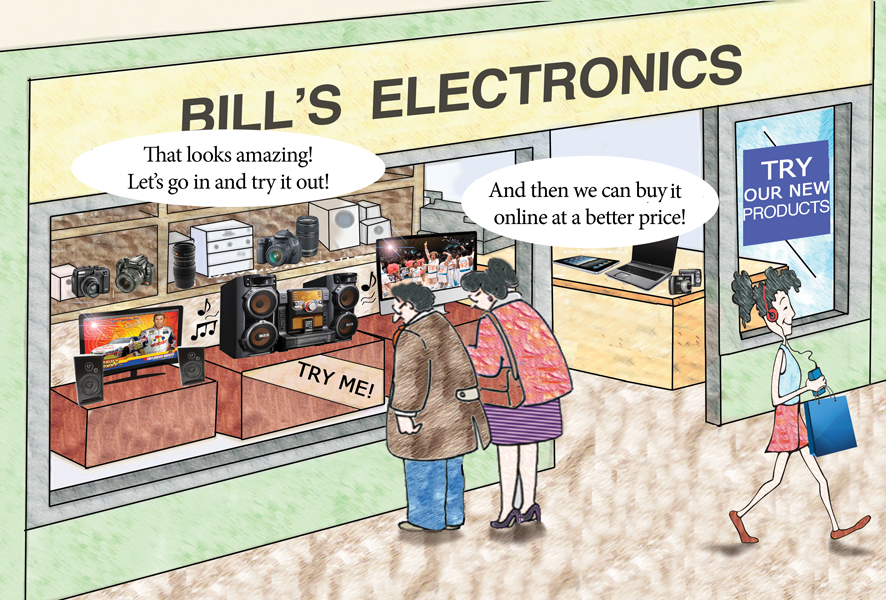 “Category killers” – those highly focused retailers that specialize in a category of goods including Barnes & Noble, Best Buy, and Staples, were once the bane of mass-market retailers’ existence. Their wide assortment, aggressive pricing, large stores, extensive store network, and deep expertise in the categories they served proved a massive competitive advantage.

“For mass-market retailers that can react quickly enough, this upheaval is survivable”

Today, however, these same distinguishing characteristics may prove to be the undoing of the big-box stores. We believe that retailing in general is at a tipping point, with category killers being the first significant casualties of the (r)evolution that is occurring. Retail store asset productivity has been in decline since the start of the recession in 2007, and we believe this trend will accelerate over the coming years.

For mass-market retailers that can see this trend coming and react quickly enough, this upheaval is survivable. But those slow to register the tsunami wave on the horizon stand to be swept away.

As retailing entered the new century, this slowing was hard to predict. Indeed, retail store asset productivity increased at an impressive pace in the early 2000s even though Internet sales in the United States grew dramatically. Retail sales advanced from $2.87 trillion to almost $4 trillion between 1999 and 2007. However, the current recession created many challenges for retailers: overall consumer spending has declined or held flat, and return on invested capital (ROIC) has suffered dramatically.