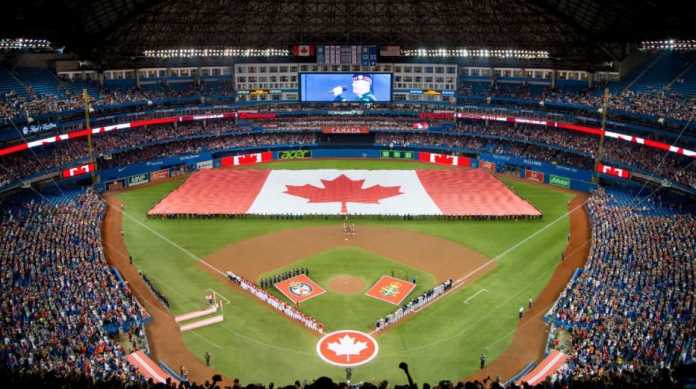 Sports betting is widely popular all over the world. Thanks to the internet and online betting platforms, it has become more accessible and hyped in the last decade. Canada is not an exception. However, single-game wagering was prohibited in Canada until 27 August 2021. To be specific, single-game wagering used to be more of a gray area. Single-game wagering, in particular, was not explicitly permitted. However, it was not explicitly forbidden either. As a result, many Canadian gamblers ended up betting with European and other third-party overseas sportsbooks.

The bill updates Criminal Code section 207(4)(b), which had forbidden betting “on any race or fight, or any single sporting event or athletic contest.” While Bill C-218’s first presentation aimed to eliminate s. 207(4)(b) totally, the insertion of Bill C-13 and its protection for horse-race betting resulted in a modification. Bill C-218, as enacted by the Canadian Senate, confines the ban to “bookmaking, pool selling, or the making or recording of bets on any horse race,” so permitting single-event sports betting.

The Journey To Pass The Legislation

Legislation of single-game wagering has been debated over and over among policymakers in the last few years. It was discussed in the Parliament in 2015 and before. However, not a significant number of lawmakers were in favor of this act. The scenario has changed recently. The reason is, arguably, the fact that single-game wagering has been legalized in the United States. The US Supreme Court overturned PASPA – the Professional and Amateur Sports Protection Act in 2018 and sent shockwaves through the industry. Likewise in the US, many franchisees and other groups who were previously opposed to legalization have openly stated their support for Parliament’s joint legislative initiatives.

The latest legislative attempt, in Canada, to allow single-game betting is C-218. A straightforward bill to amend the criminal code to authorize provinces to manage and oversee single-game sports betting. It includes an exception for horse racing and yielded widespread support from practically every significant stakeholder organization.

The bill was approved in The House of Commons, Canada, in early 2021. However, the Senate approval part was not so fortunate. The bill remained in limbo till 21 June 2021, a watershed day for sports betting lovers in Canada.

After weeks of discussion and deliberation, time was running short for the Senate to decide on C-218 before its scheduled summer holiday. There was also the potential of a poll in the autumn that would torpedo the law and put its backers right back to square one.

This series of events provoked some stressful times for advocates of Canadian sports betting. Finally, however, on 23 June, the circumstances aligned, and the bill was voted on. After a few hours of discussion, the final count was 57-20 with 5 abstentions, and it passed.

Following the adoption of C-218, several international sportsbooks have expressed their interest to consider launching operations in Canada:

What Impact Can It Bring?

The bottom line of C-218 means single-game wagering will be legal in Canada some time during 2022. Most provinces have already taken the required initiatives and made the bill effective. However, some provinces are still working on the arrangements; for instance, the bill will be effective in Ontario on 4 April.

Since May 2018, when the US Supreme Court struck down PASPA, the American sports gambling industry has grown by 65%, totalling $430 million. Similarly, when Canada legalizes single-event sports betting, the country’s gambling income is projected to increase as well.

In 2019, the US received over $10 billion in gambling taxes, an increase of $1 billion since PASPA was repealed—indicating a significant revenue increase. Undoubtedly, Canada will also benefit from legalizing sports betting on single events.

With the new legislation in place, wagering in Canada will be easier to comprehend and considerably safer for people to participate in.

Reportedly, 10 provinces and 3 territories offer casino games, parlay-style sports betting, and lotteries overseen by one of the country’s five lottery commissions. Certain provinces with lesser populations have merged to establish a single lottery commission, which explains why there are five commissioners for 10 provinces. If provinces want to do so, it will be quite simple to incorporate single-game sports betting into their current regulatory system. Each province will determine its own course of action.

The most plausible implication of the adoption of C-218 is that existing gaming regulators will include single-game betting into their existing online sportsbooks. For instance, the British Columbia Lottery Commission (BCLC) operates the excellent “Play Now website” and smartphone app, including a varied range of gambling utilities. BCLC welcomes C-218 and has officially announced that single-game wagering is authorized on 27 August 2021, and it will be included in Play Now shortly. The 4 other provincially-run bookmakers are expected to follow suit. “We’re excited to soon provide these new offerings to our players on PlayNow.com, which is British Columbia’s only legal gambling website and generates significant revenue for the Province of British Columbia to support things like healthcare, education, and community programs,” said Lynda Cavanaugh, Interim President and CEO of the BCLC.

As exciting as the government legalization of single-game sports betting is, it is vital to keep in mind that gambling is supervised at the provincial level in Canada. Therefore, any company hoping to take advantage of these new prospects should get legal counsel to negotiate the numerous provincial legislative frameworks.