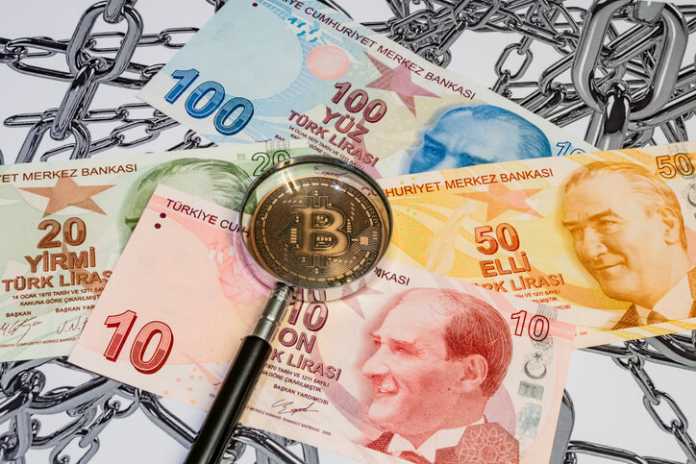 Cryptocurrency trading volumes are increasing in every country. However, the situation for Turkey is at a peak on the increasing trade of bitcoins. Recently, Turkey has been experiencing a significant increase in the number of people using bitcoin and the amount of bitcoin trading between the country’s geographical boundaries. The main reason behind the larger trade volumes of bitcoin is considered an authoritarian government’s action. The government is also taking steps towards setting its currency on fire. Read more about bitcoin selling and buying in https://bitcoin-smarter.com platform.

The President of Turkey, Recep Tayyip Erdogan, has been in power since 2003 and now, it appears like he has lost his mind. As inflation is entirely at an all-time high in Turkey, 20%, the President yesterday lowered the interest rates. The decrease in interest rates was 1%, and earlier, it was 19%, and now it is 18%. Hence, it was the time when the government should raise the interest rates to tighten the money supply, but it has done vice versa.

On Monday, the Turkish currency lost 10% of its value against the United States dollars. Due to this, the cryptocurrency market responds aggressively because of this move. Also, there was increasing concern among the people who are running business firms in turkey. Some of them also decided to move their business firms to some other country because of the decreasing value of its national currency against the United States dollar. It will hinder their business because they will receive less money in their currency for exporting their goods and services outside the country. The cryptocurrency exchange providing its services in Turkey also experienced a noticeable increase in volume. Due to the decrease in the value of Turkish currency, some Fiat currency exchanges also collapsed recently.

In April 2021, the government of Turkey banned any cryptocurrency payments. However, cryptocurrency is legal for trading in Turkey; the situation is worsening for the Turkish currency. The logic of fiat currency value is pushing the Turkish government to tighten the rules further. Also, it is seen that if any trade took place between the Turkish currency and bitcoin, it is going to impose downward pressure on its domestic currency, which can lead to capital flight.

The government of Turkey has recently decreased the interest rates for the Lira. The authority says that lower interest rates will make money available at cheaper rates, and hence, people will have more purchasing power. It says that this action is somehow going to decrease the inflation in the country, but the reason given by the government is entirely topic. Recently, in a press conference, the President said that interest is a necessary evil. Perhaps, decreasing the interest rates can increase Islamic morality and allow people to face the economic reality.

According to the Wall Street Journal reports, there is barely any justification available for the recent move taken by the Turkish government. Also, cutting down the interest rates again in the same year for decreasing the inflation rate can barely justify any justification. Also, many analysts believe that the Turkish government is running its monetary policy, which is entirely different from the general policies used by other countries.

Recently, the devastating tourism of Turkey, as well as the COVID-19 situation, has worsened the economic conditions. However, the regional instability of Turkey has also been hitting the country’s economy for a very long period now. Keeping the interest rates lower is just one of the few tools available that the Turkish government can use to boost the country’s economy. Also, the data available on the GDP of Turkey is even more devastating. In 2013, the GDP of Turkey was more than 950 billion United States dollars. However, according to the Digital Yuan trading bot, now it has increased to 720 billion United States dollars.

In 2016, several tries were to remove the government, but it failed, further eradicating its resources. The stability level of debt throughout the whole economy of Turkey is also one of the prominent reasons because of which the government is not able to recover to its sound levels. Now, Turkey’s government no longer has the power to remove a series of central bank governors who do not follow the policy suggested by the government. However, it will make the current situation of instability even more dangerous for the investors who hold Lira. Many investors believe that Turkey will become a perfect example of a country in which the residents can get the highest potential benefits from bitcoin in the future.