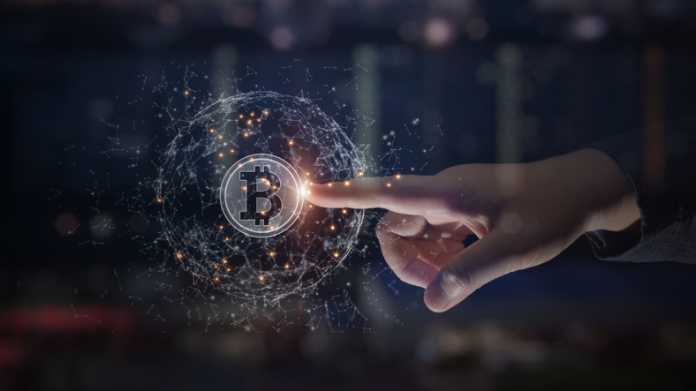 Investments always come with a certain level of risk. Bitcoin trading is not an exception. The network where it operates is not perfect but is not flawed as well. It is developed with enhanced security features to prevent fraud and other issues.

While the system is proven secure and reliable among users, it is crucial that you understand how the bitcoin blockchain works before you begin cryptocurrency trading.

You can check the platform of Bitcoin Up

Essentially, the bitcoin blockchain is an enormous, shared, and encrypted list of accounts that records users’ balances and transactions. New blocks are created once bitcoin mining or bitcoin exchange takes place. All blocks are stacked on top of each other; thus, the succeeding block depends on the previous one.

Blockchain enables the submission of transactions to the bitcoin network and afterwards, the information is passed on through all nodes. These include all computers connected to other units in the crypto blockchain.

How the Blockchain Functions

The purpose of blockchain is similar to that of the public ledger – it accounts for financial transactions and provides a method of verifying information for bitcoin users. All users can download a blockchain copy to track the path of bitcoin transactions. However, the record of such transactions is linked to a specific crypto address, not on personal names or email addresses. Hence, bitcoin is pseudonymous. These are the key features of a blockchain:

What Information is Contained in Each Block?

Blockchains have a series of individual blocks that are organized in chronological order according to the sequence of transactions. There are two parts to the data contained in a block.

One interesting fact about blockchain is that it is more anonymous than bank statements. Nevertheless, this anonymity is considered an advantage for certain reasons, but it can also be a risk – depending on which angle you look at it.

Under usual circumstances, bitcoin transactions are supposed to be connected to a specific crypto address instead of personal names or emails. The anonymity is sometimes compromised because of the blockchain information ledger. This happens when there is a breach of ownership that can result in exposing other owners by tracking back the transactions which are publicly lodged.

Blockchain may be more anonymous than bank statements, but it does not mean that secrecy of information is guaranteed at all times, as some people may claim it is.

How Blockchain can Prevent Bitcoin Double-Spending

Some traders are concerned about the possibility of other people duplicating digital currencies. Once made, this can result in spending the crypto at two or more venues. This is called double-spending, which can be prevented in blockchain-based cryptos such as bitcoin by using a mechanism known as proof-of-work (PoW). A decentralized network of miners carries out the PoW to secure the fidelity of previous transactions on the blockchain ledger and detect and prevent double-spending.

Blockchain makes bitcoin transactions transparent and secure among traders. Although it is not a perfect technology, it can be relied upon by users for buying, selling, and trading their digital currencies with ease and confidence.