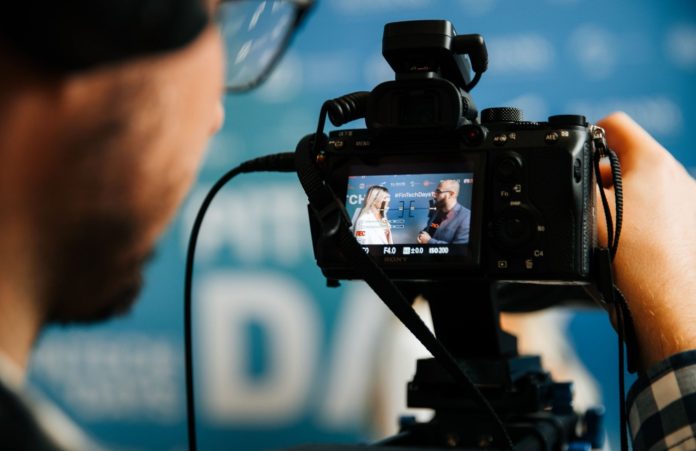 Throughout his career as a fintech entrepreneur, few would have anticipated that Bardya Ziaian would go from this niche to something completely different: filmmaking.

The path was set

A Toronto-based executive, Bardya Ziaian started his career with specific expertise in the areas of fintech, brokerage services, and financial systems. A long-time entrepreneur, Ziaian has founded several companies, including Robo Advisor, a wealth management company, Virtual Brokers, a discount broker ranked #1 in Canada, and SITTU Group, a think tank company. Additionally, Ziaian designed and created a self-clearing and trading system in Canada and the United States.

His path seemed established even during his time at York University in Toronto, with his undergraduate and Master’s degrees in mathematics. From there he began working as a senior software engineer and project manager. By 2004, he was in charge of multi-strategy books at Royal Capital Management and in 2008, he founded BBS Securities and Virtual Brokers, a Canadian Broker dealer and discount broker he later sold to CI Financial in 2017.

Today, he is President and CEO of SITTU Group Inc., consulting with companies, designing systems, and investing in early-stage businesses.

Yet, with his appreciation for finance and with his success in highly technical fields, Bardya still felt something lacking in his life: creativity.

“There comes a point in life where you feel like it’s now or never: you either go for your dreams or regret not trying for the rest of your life,” Ziaian explained. “Sure, I had those moments of doubt in the beginning. I had that little voice in my head that said, ‘You don’t have the experience.’ But I am also business savvy and know plenty of successful people in the world who didn’t begin with the requisite experience. You confront that by strategically building a remarkable team.”

Launching a production company during a pandemic

Ziaian and his team faced not only the challenges of kicking-off a start-up production company, but of doing so during a global pandemic. Still, the team overcame an abundance of obstacles to produce its first film, Super Dicks.

They took all possible safety measures and were able to provide jobs for those in the arts, which was a particularly challenging job market during the pandemic.

“I always wanted to make movies,” said Ziaian. “I have a passion for bringing stories to life on the big screen, even though my career path makes this decision seem a little nuanced, if not completely unexpected.”

According to Ziaian, the research and development for the film began pre-COVID-19. Despite having the option to postpone, Ziaian and his team made the decision to continue moving the project forward. At the time, he felt that the world “needed a laugh more than anything,” while also creating important jobs for talented artists.

He was able to draw from his entrepreneurial background and management skills, which gave him the edge to build and delegate his team to get the project done on time and on budget.

While being the producer of the film, Ziaian also makes a cameo appearance.

Bardya Pictures Ltd. recently announced that it would begin production on a new comedy called Golden Boy. This is the second film produced by the company and is written by Ziaian and Juliet Wanng and directed by film veteran Damian Lee.

“While most of the details of the movie are still under wraps, I can say that we’ve been lucky enough to find a stellar cast and already have a very funny script that I think will resonate with a lot of people,” Lee told newswire.com.

As Ziaian continues to explore his passions, he says he’s excited to see what the future holds.

“We’re just getting started. I’m excited to see us expand into new projects as we gain traction and industry knowledge,” said Ziaian. “Is there anything better in the world than to learn and create with amazing people?”