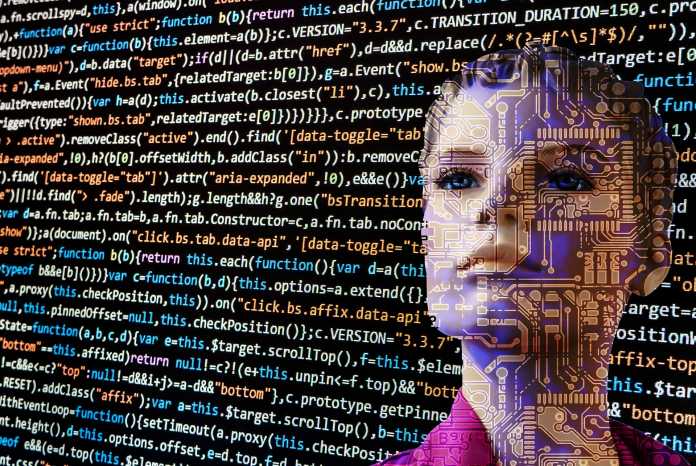 There is a famous saying about language that goes something like this “you can never understand one language until you understand at least two”. Just how important a language is to civilization can best be understood by the efforts made to decode the lost languages of the past.

According to language experts, over 7000 languages are spoken globally in the world today, although more than 30,000 languages have been used throughout human history. Out of these languages, only a few had been lost when linguists came up with a tool to decipher those ancient languages—artificial intelligence. AI plays a vital role in the comprehension and decoding of lost languages, an example being the famous Rosetta Stone, which allowed companies to decode the ancient Egyptian hieroglyphs with the help of AI. These ancient hieroglyphs consist of similar text that has been written in three distinct languages, and by interpreting the identical words in more than one language it became possible to translate all three languages—ancient Greek, Egyptian hieroglyphs, and Egyptian Demotic.

The advancement in the field of AI has served to further the cause of deciphering and decoding the lost languages. For instance, a fresh algorithm introduced by the Massachusetts Institute of Technology is collaborating with Google, showing quite an appreciative and progressive result as far as the deciphering of ancient languages is concerned. It strains to decipher symbols in a new language by relating them to the alphabets of connected languages with a similar source.

A Look at the Languages of the World

The languages spoken through the centuries have evolved with time. Astonishingly, there are more than 7000 languages spoken in the world today, yet only a little portion of the total number of languages has been exercised through the history of mankind. In reality, the aggregate of language currently is less than 1/4th of that historical total—31,000. Not surprisingly, whenever one of these languages is forgotten, the world also loses a unique line of thought and communication. However, as languages change and evolve, many of the symbols connected with these languages, even their methods, words, and characters, will remain almost identically the same as well. Owing to this, efforts may be made to decipher a long-lost language whenever it is linked to a similar ancient known language.

Artificial intelligence is a tool that has proved to be of huge significance in the decoding of languages. It basically emphasizes four distinct things related to characters or letters that are to be decoded such as “monotonic character mapping, distributional similarity, significant cognate overlap, and structural sparsity”. An example is the Linear B language, known as the oldest Greek language spoken by the Mycenaean, which was successfully decoded by Michael Ventris in 1953, thanks to AI. However, not all languages have been decoded with this AI. An alphabet called Linear A, which existed in 1800-1450 BC, still remains unsolved, although it might be next in line to be decoded. Similarly, symbols of the Indus Valley Civilization are also waiting to be decoded by AI experts in the coming future.

Accomplishments of the AI

Although work is still in progress to use AI tools in order to decipher ancient languages, the fact remains that it is difficult to decode that language which is not connected to any other language. To solve this complexity, machine learning is being used for translating ancient languages.

The Linear B language, spoken around 1400 BC, and the cuneiform Ugaritic, a 3000-year-old language both were decoded with the help of AI. The team consisted of Jiaming Luo and Regina Barzilay and from MIT, and Yuan Cao from the Artificial intelligence lab at Google. The research team decided to put light on four exclusive properties that were connected with both the character and the context alignment — distributional similarity, monotonic character mapping, structural sparsity, and significant cognate overlap. The concerned crew programmed this AI system to search these traits and characteristics, achieving the correct translation of 67% of Linear B cognates into the suitable Greek equivalents.

Other than that, in the year 1953, a machine-translated a real language for the very first time in human history, when Michael Ventris decoded the ancient Linear B language. Later, AI tools began to be used uniformly in order to decipher the languages that were previously considered lost ones.

Although the idea of deciphering and decoding ancient languages with the help of AI is a lucrative one, it poses some unique challenges and problems. Firstly, as machine learning algorithms are trained on huge datasets that are mined through associations, a limited number of datasets are hard to mine. The ancient languages possess only a limited number of samples, which makes it difficult to generate enough data for an algorithm to decode. And secondly, the training of an algorithm involves comparison with known values, but since ancient languages have no previously known values, this is impossible.

In order to find a way around these problems, the researchers had to devise other methods of machine learning. They trained their algorithms for using a language that shared root with the script that was not deciphered, thereby pairing them with theories of language evolution over time. The main idea was to find words in the known languages as well as their characters and then associate them with the unknown scripts in order to decipher them accurately.

The Future of AI

The main role of AI in accomplishing these types of tasks, reported by MIT Technology Review piece, is that it has a bulldozer approach in achieving tasks that are quite simple and exhausting for people to complete. These machines have the energy and precision to handle any difficult task consecutively, as they test and compare one symbol to another until they have completed the assignment. The next step for these researchers is very obvious—to decode Linear A, which is known as an Ancient Greek language that has troubled scientists for many years.

AI technology is more than just machine learning, it is an advanced method of solving complex problems for which solutions do not previously exist. This is the reason AI has been used to decipher ancient languages, owing to the importance of these languages in the advancements of civilizations. While it is believed that a lost language cannot be recovered, thanks to AI, it is possible not only to decipher a lost language but also to translate it into other known languages. Nevertheless, it is important to realize that a lost language equals a lost civilization, and AI can be of great help to preserve them.