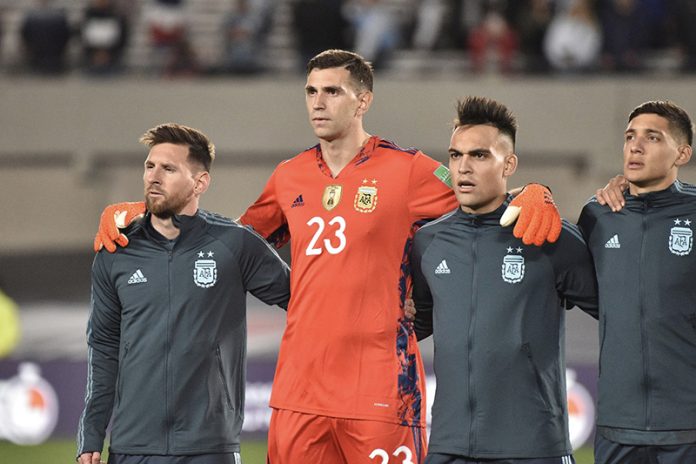 The World Cup final is upon us, with Argentina justifying their short odds in the pre-tournament betting lines and making it to their sixth final since the quadrennial event’s inception in 1930. However, if the La Albiceleste are to get over the hump and win their first title in 36 years, they’ll need to be at their very best as they’ll be up against a supremely talented French outfit who will be looking to become just the third nation in history to record back-to-back World Cup triumphs.

Despite entering as the slight underdogs in the Argentina vs France odds at the time of writing, the Lionel Scaloni-managed side have more than enough talent to overcome the Les Bleus. With that in mind, read on as dissect the three players who will need to star for Argentina if they’re to upset the applecart and secure their country’s third World Cup title.

When listing Argentina’s most important players, unsurprisingly, Lionel Messi is right at the top. The little genius is arguably the greatest player to ever grace the football pitch, and he’s proven in Qatar that he is still at the top of his game. With five goals and three assists to his name through six games – opposing defences haven’t had an answer for the 35-year-old’s control, vision and knack for goal.

Messi will be extra motivated to hoist the World Cup trophy as he stated prior to the tournament that this will be his last. With a laundry list of accomplishments on his resume including seven Ballon d’Ors, ten La Liga titles, a Copa America triumph and multiple Golden Boots – the only achievement that eludes him is a World Cup victory. He came close in Rio de Janeiro in 2014, yet ultimately lost 1-0 at the hands of Joachim Low’s Germany.

If he can continue his rich vein of form in Qatar and not be overawed by the occasion – Messi could achieve the ultimate cherry on top of his career and retire from football a World Cup champion.

This year’s World Cup in Qatar has been a coming out party for 22-year-old superstar Julian Alvarez. The Manchester City forward has been Argentina’s second-best player behind Messi in the Middle East, netting four goals which came against Poland, Australia and Croatia. His brace against Luka Modric and company in the semi-final in particular was impressive, as he showed he is a threat from anywhere on the park.

Whether it be inside or outside the box, against the run of play or as part of structured attacking raid – Alvarez’s ability to sniff out a goal is among the elite of the elite. If he can continue to build on his combination with Messi and get some chances on goal as a result – that will be a frightening prospect for Argentina’s opponents.

While there’s no doubting the abundance of attacking threats that exist within this Argentina side – their ability to keep goals out in the final will prove just as important. That’s why their goalkeeper Emiliano Martinez will play such an imperative role if Argentina are to win on Sunday night. After starring in the penalty shootout against the Netherlands in the quarter-final, in which he saved two attempts, the Aston Villa keeper then continued his great play between the sticks and kept a clean sheet against Croatia in the semi-final.

The latter marked Martinez’s third clean sheet of the tournament, and if he performs well yet again in the final – not only are Argentina a good chance of reigning supreme, you would think Martinez is the favourite to take out the World Cup Golden Glove award.