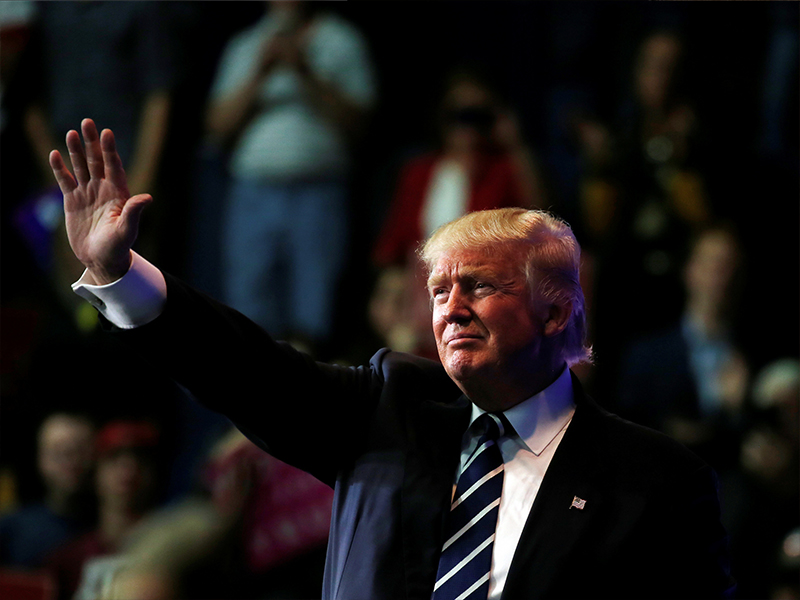 The Trump victory was a “stunning surprise” to Washington and mainstream media. But it was very much in line with voter distrust in both Clintons and Washington’s ruling class.

Politically, Americans are fed up. In cooperation with the Democratic National Committee, the Clinton campaign had far too cozy ties with Wall Street, neoconservatives and Pentagon contractors, as well as mainstream media organisations; from CNN and New York Times to Huffington Post and Google.

In turn, House Republicans demand a special prosecutor to investigate the Clinton Foundation, which former New York City mayor and Trump supporter Rudy Giuliani has called a “racketeering enterprise” that should be prosecuted as such. Indeed, Republicans have promised to investigate the role of the State Department, the Department of Justice and the FBI. In turn, Speaker of the House Paul Ryan has promised “aggressive oversight work” of a “quid pro quo” deal between the FBI and the State Department over emails, while chair of the House Oversight Committee Jason Chaffetz has been pushing for “new hearings.”

It will be interesting to see whether Republicans will walk the talk – unless, of course, the idea of “post-election healing” is understood as a license for collective amnesia.

The Demise of US-EU Cooperation – and NATO?

The Trump triumph is a belated acknowledgment of America’s malaise. However, as he vows immediate action on executive orders, it is not entirely clear, whether the Trump medication will alleviate or worsen America’s economic angst. His campaign promises have potential to add to rather than reduce America’s $20 trillion sovereign debt burden.

What is certain is that, economically, most Americans’ wages have stagnated since the 1980s. Politically, the Congress enjoys credibility only among 10-20% of Americans. In security matters, most Americans do not believe that US should play the role of “world police” internationally.

Since the postwar Marshall Plan and the creation of the North American Treaty Organization (NATO), US-EU relations have been characterised by extraordinarily close economic, political and security cooperation. Nevertheless, the eclipse of the Cold War has given rise to a set of bilateral conflicts in trade and investment that go beyond longstanding economic disagreements.

Typically, President Obama was able to achieve the Trans-Pacific Trade agreement (TPP) in Asia, whereas the Transatlantic Trade and Investment Partnership (T-TIP) with Europe has proved far more complicated. Hillary Clinton supported the new “Cold War” against Russia, which has contributed to Europe’s economic stagnation. In contrast, Trump believes he can “handle” President Putin. He prefers international stability to imperial democracy promotion.

Bilateral US-EU friction is most evident in Trump’s NATO criticism. As far as Trump is concerned, NATO members have failed to meet the 2% spending target of their GDP on defence. When he has criticised NATO for being “obsolete”, he has simply posed questions that many US leaders – including nation’s top military chiefs – ask behind the facade.

In foreign trade, Trump has pledged to tear up or renegotiate the Trans-Pacific Partnership (TPP), which would be an embarrassment to Japan and the ASEAN nations that joined the deal after years of talks.

To reduce the US trade deficit with the region, he would raise trade rhetoric against China, Japan and ASEAN’s emerging low-cost producers. That would include a 45% tariff on Chinese exports and raising import duties on Japanese cars. In currency policy, he would confront Prime Minister Shinzo Abe and the Bank of Japan, which he claims are driving the yen down against the dollar. He would also challenge China’s foreign exchange reforms. In each case, the net effect would be aggravated currency friction.

The realists of US foreign policy expect – or at least hope – that Trump could prove America’s first postwar “anti-imperial” president.

Indeed, Trump’s list of foreign policy advisers – including neoconservative Walid Phares, senator Jeff Sessions, former Army lieutenant general Keith Kellogg, Blackwater USA’s Joe Schmitz, and bankers Carter Page and George Papadopoulos – suggests that either he plans to move US foreign policy further to the Reaganesque right, or that he must undermine his own agenda in due time.

The key question remains: Will Trump walk the talk? For instance, his goal to re-negotiate defenCe pacts in Asia would undermine the Abe administration’s controversial defenCe reforms .

Nevertheless, there is another and far more realistic side to Trump’s rhetoric. Some of his murmurings – whether NATO is still relevant; that the Middle East would be more stable if Saddam Hussein and Muammar Gaddafi were still in power; that he could get along well with Russia’s Vladimir Putin, and so on – suggest that, in the final analysis, Trump could focus his attention on renegotiating better deals and undermining bad ones, not regime change and global empire games.

The realists of US foreign policy expect – or at least hope – that Trump could prove America’s first postwar “anti-imperial” president.

In the short term, the Trump triumph will mean economic uncertainty, market volatility, and strategic doubt. That was evident on the election day as global markets were rocked by Trump’s victory, which was accompanied by a weakening dollar, drastic declines of the Dow Jones, S&P 500 and Nasdaq, as well as markets in Europe, Asia and elsewhere.

The real question is whether markets responded dramatically to anticipated future realities – or their own misguided expectations. In the coming weeks, the power transition in the White House will take place amid extraordinary political animosity and very fragile stability.

After all, Trump’s triumph has ensured the kind of political consolidation that Clinton could only dream about. As Republican majority will prevail in both the Senate and the House, Trump will take over the White House. As a result, he will be able and willing to effect real change in America – for good or bad.