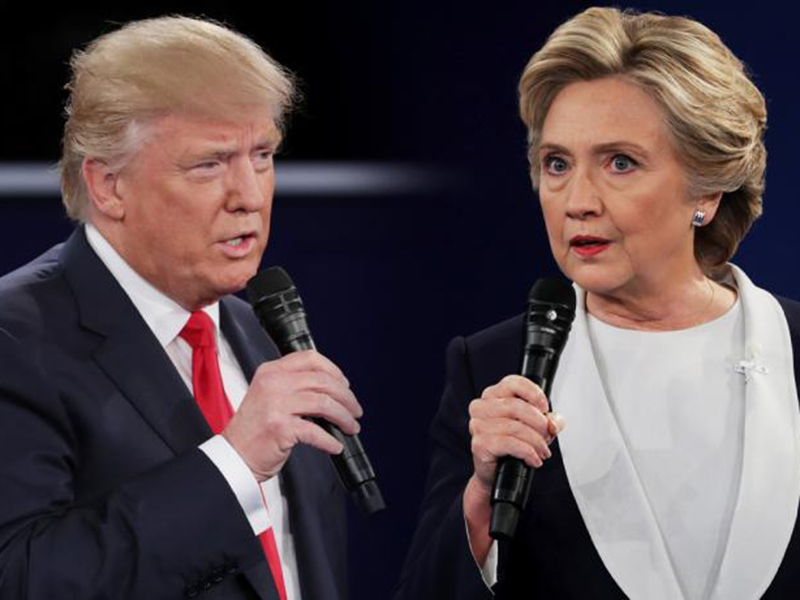 There is no doubt that the forthcoming US Presidential elections are perhaps the most controversial ones in the US history. This has nothing of course to do with the various personal “scandals” supposedly marring the two candidates, i.e. the emails scandal vs. the sexual utterances that are incompatible with the political correctness imposed by the ideology of globalisation. These are obvious diversions created by the system itself in order to disorient the American victims of globalisation from the real issues of these elections.

In fact, if we talk about real politics rather than politicking, the personalities of the two candidates matter little, as both are “products of the system” and in this sense one could argue that there is no real difference between them. Yet, there is a crucial difference between these two candidates, which was not present in previous post war candidates, who were simply ‘products of the system’ distinguished only by their differences as regards usually minor aspects of economic policies, i.e. more liberal/neoliberal or, alternatively, more state interventionist measures.

Yet, none of these candidates ever questioned the very fundamentals of a system, which eventually – helped by the post war US hegemony – led to the emergence of a new phenomenon: the multinational corporations. This marked the rise of the New World Order (NWO) of neoliberal globalisation, as well as the emergence of a Transnational Elite that informally runs it, with the help of the transnational economic and political-military institutions that the same elites created, such as the IMF, WB, WTO and NATO). These fundamentals may well be summarised by what is called euphemistically ‘the four “freedoms”’, i.e. the free movement of goods and services, as well as of capital and labour. This is what the US elections (and the Brexit referendum before that) is all about.

Takis Fotopoulos is a political philosopher and economist who founded the inclusive democracy movement. He is noted for his synthesis of the classical democracy with the libertarian socialism and the radical currents in the new social movements. He is the editor of The International Journal of Inclusive Democracy (which succeeded Democracy & Nature). He was previously (1969 1989) Senior Lecturer in Economics at the University of North London. In his seminal work Towards An Inclusive Democracy (London & New York: Cassell, 1997), which has been translated into French, German, Spanish, Italian, Greek and Chinese, the foundations of the inclusive democracy project were set. He is also the author of over 2,000 articles in British, American and Greek books, journals, magazines and newspapers, several of which have been translated into over twenty languages