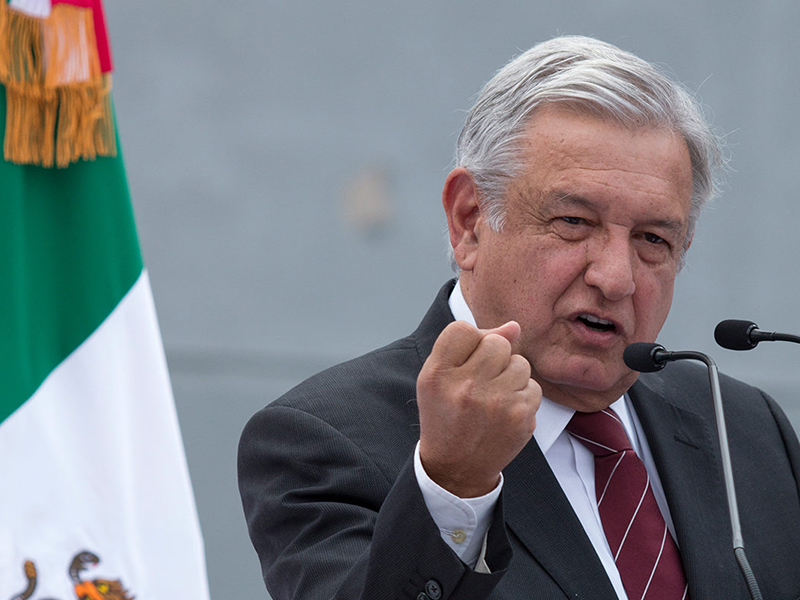 For decades, the specter of Andrés Manuel López Obrador has haunted Mexico’s ruling elites. After July 1, his coalition triumph – after years of contested elections – could change the country’s domestic, regional, even international policies.

For a year or two, international media touted the neoliberal reforms of President Enrique Peña Nieto. However, as the “reform” narrative has proved hollow, Nieto’s approval rating has plunged from almost 50 percent to barely 10 percent. So the media narrative has been revised it by downplaying Nieto but focusing on the flawed portrayal of Obrador as Mexico’s Chávez who will undermine Mexico’s future.

With few variations, the same narrative has been replicated in leading US dailies (Washington Post, New York Times), weeklies (Time and Newsweek), and the UK-based Financial Times. Theirs is a story about the “firebrand leftist” whose biography is “replete with danger signals.”

What these ideological briefings will not report is that Obrador is neither an overnight phenomenon nor Trump-induced collateral damage. In reality, Obrador’s movement is a belated triumph for Mexico’s popular will, after decades of electoral fraud.

In the past six years, Nieto’s administration has sold Mexico’s public assets to foreign bidders and opened financial markets to speculation, while accommodating loyally Washington’s policies. At the same time, corruption, crime, narco-violence and rising murder rates have soared. While neoliberal elites portray the past decade as that of rising competitiveness, market realities prove otherwise. Mexico’s real GDP growth has fallen significantly behind its BRIC potential during the years of Calderon (2006-12) and Nieto (2012-18) (see Figure below).

But change may be at the door, finally. Obrador’s coalition “Juntos Haremos Historia” (Together We’ll Make History) rests on popular will, not on the needs of the oligarchic economic and political elite, or what Obrador calls the “power mafia.”

Sectorally, he is pushing for the rejuvenation of the agricultural sector. In particular, he would like to develop the agricultural economy of Southern Mexico, which has been hurt by cheap (and tacitly subsidized) U.S. food imports. In contrast to Nieto’s “energy reform” – which ended Pemex’s monopoly in the oil industry and brought foreign investors to Mexican energy markets – Obrador wants a popular referendum over the energy sector, knowing well that many Mexicans oppose are highly skeptical about the sale of national assets to foreign speculators. 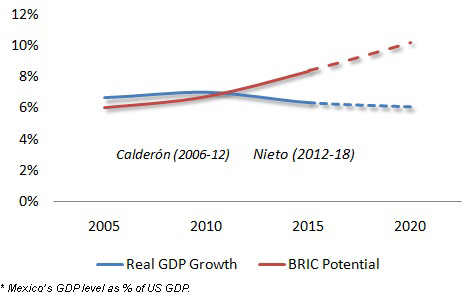 Dr. Dan Steinbock is an internationally recognized strategist of the multipolar world and the founder of Difference Group. He has served at the India, China and America Institute (US), the Shanghai Institutes for International Studies (China) and the EU Center (Singapore). For more, see https://www.differencegroup.net/

The original commentary was released by Difference Group on July 1, 2018.