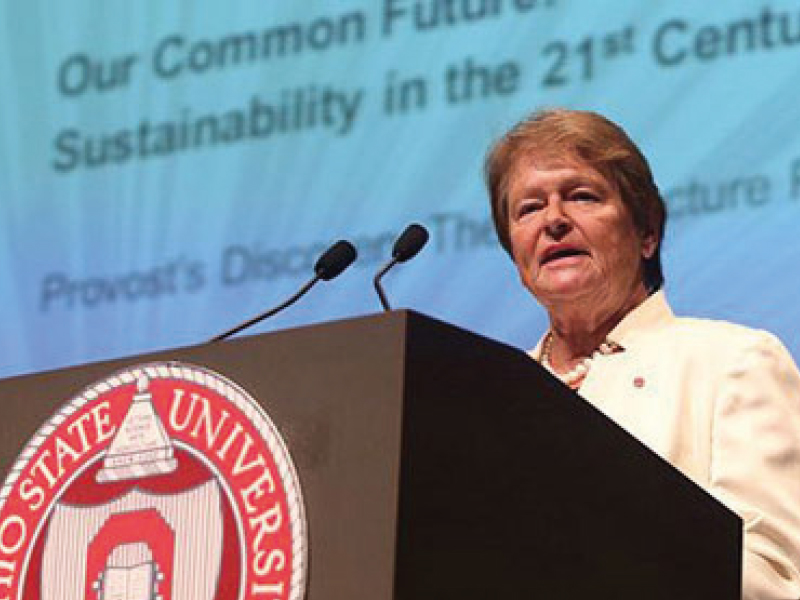 In 1987, with the publication of the Brundtland report, the world was confronted once again with the dire reality of a collapsing environment and the concept of sustainable development emerged as a solution. Thirty years later, despite tremendous efforts at the global and local levels, real progress towards sustainability seems to be deterred by the dark forces of the markets, financial systems and corporate lobbies.  What can be done to reverse the situation and achieve sustainable results?

Following an international consultation chaired by Gro Harlem Brundtland, who was then the Prime Minister of Norway, the UN Commission on Environment and Development published “Our Common Future”.1 This report described the daunting environmental problems of the 1980s: uncontrolled population growth, excessive deforestation and grazing, destruction of tropical forests, extinction of living species, increased greenhouse effect causing climate change, acid rain, erosion of the stratospheric ozone layer, etc. It also emphasised social-economic issues and in particular the perverse effects of unbridled economic growth and over-consumption of resources by the better-off.

The Commission proposed a definition of sustainable development that is still widely recognised and seen as a beacon to guide our efforts towards a better world: “development that meets the needs of the present without compromising the ability of future generations to meet their own needs”.

The Brundtland report succeeded in demonstrating that the global economy and ecology are deeply intertwined. Beyond the economic interdependence of nations, we must now deal with their ecological interdependence. Since the development crisis is global, the solutions must be as well.

To this end, the report proposed a series of strategic objectives that included changing the quality of economic growth, controlling demographics, meeting basic human needs, preserving and enhancing the resource base, taking into account the environment in developing new technologies and integrating ecological and economic concerns into decision-making.

Brundtland identified solutions that apply on a global scale. For example, reduce energy consumption in industrialised countries and develop renewable energies, encourage massive reforestation in countries affected by desertification, implement tax and land reforms to reduce pressures on ecosystems and adopt an international convention for the protection of biodiversity. Although these measures were aimed primarily at protecting the environment, the Brundtland Report stressed the importance of combating poverty and injustice, which are both causes and effects of environmental problems.

To realise and finance this ecological shift, the Brundtland Commission requested to reform international institutions, notably the World Bank and the IMF, which should better take into account social and environmental objectives and alleviate the debt of the poorest countries. The Commission also recommended a reorientation of military spending for the fight against poverty and inequality and challenged large companies to engage in more responsible production and consumption.

Jacques Prescott M.Sc., is a biologist and a consultant working for international and local organisations, author of several books, articles, reports and guidelines related to biodiversity and sustainable development policies, strategies and action plans. He is Associate Professor and Chair on eco-advising at Université du Québec à Chicoutimi, Canada.