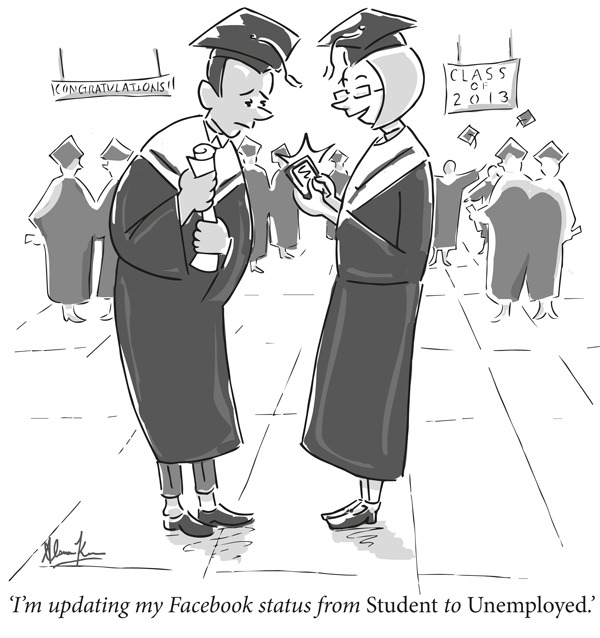 The financial crisis has damaged national economies but also hurt segments of societies, including youths aged 15 to 24, many of whom are struggling to find jobs as a result of the economic downturn. Below, Terence Tse, Mark Esposito, and Jorgo Chatzimarkakis warn that countries are bound to suffer significant losses if too few actions are taken to deal with youth unemployment.

The financial crisis that began in 2008 has hit the world economy hard. In the US, Detroit has declared bankruptcy, while the crisis in the Eurozone is still far from coming to an end. In fact, some speculate that the Eurozone crisis might still be in the initial stages. National economies are not the only victims; various segments of societies around the world have suffered as well. One such segment is youths aged 15 to 24, many of whom are struggling to find jobs as a result of the economic downturn. This is certainly a cause for concern, especially in southern Europe, where the population is dwindling while the capacity of youths to find jobs and of employers to absorb new talent is worsening, according to the OECD.1 Thus far, there have been relatively few efforts to tackle the issue of youth unemployment.

Let us look at the figures in greater detail. In France and the UK, 20 percent of all youths are jobless. In fact, the EU average is 22.6 percent. In the US, youth unemployment hovers around 16 percent. Even in Hong Kong, which is often assumed to be one of the most dynamic economies in the world, the jobless rate among youth stands at 11.6 percent.2 While the latter figure is not particularly high, it is significantly higher than Singapore’s 6.7 percent, which is the lowest in the world.3 On the other hand, with a youth unemployment rate of 7.9 percent, Germany sticks out among the EU countries. Nevertheless, from Europe to the Middle East and across Asia and Latin America, the world’s youth are beginning to vocalise their distress.