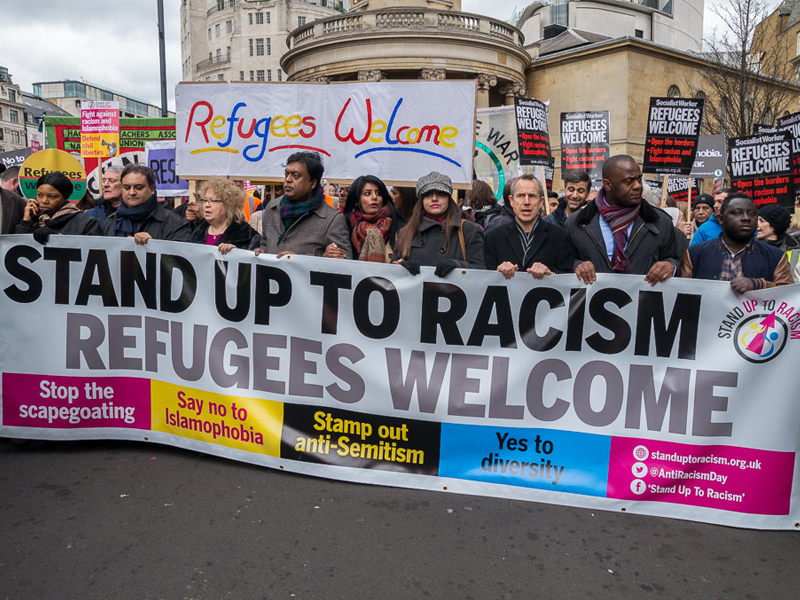 Racism and xenophobia cannot be spun into class solidarity, nor can they be forgotten away as if some new class spirit will erase the eruption of hyper-nationalism. Race as a construct is a tool to silence those who are disposable by those who feel authorised to dispose.

One of the first times I experienced serious xenophobia in the UK was when a car, which had made an illegal turn, almost hit me on my bike. I shouted at him. He heard my accent. Then followed me and shouted at me to “learn how we do things here”. He probably added “sweetheart”, “darling” or “fucking cow”. I can’t remember. He’d made a wrong turn. He’d almost run me over. But I was in the wrong because I’m a foreigner… It wasn’t the first time and wasn’t the last… And I’m pretty tired of British people – especially today – trying to pretend that this stuff doesn’t go on. It does. A lot.

Before the EU Referendum vote last week, I would have placed money on the Vote Remain side winning. And I am not a gambler by any stretch of the imagination. Had I in some sort of political desperation turned to tarot cards or tasseomancy, nothing would have led me to think that it was possible in the United Kingdom that the Leave campaign would win simply because poll after poll showed that the Remain camp was leading and that as a foreigner in the UK, despite a recent xenophobic attack on my family and me which ended in a man kicking my child’s pushchair with my child in it, I naively believed that this country might be more forthright about its historical relationship with its colonial past and its contemporary cultural morass of racism and xenophobia. Post EU Referendum, not only has this country become an oxymoron of its own name divided almost completely in half over Brexit, but it appears that nobody has won anything of worth. 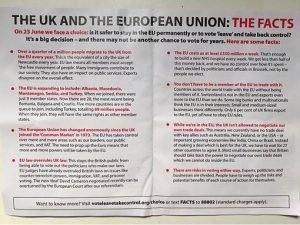 Julian Vigo, PhD, is a public scholar, filmmaker, artist, permaculturalist, and human rights consultant. A specialist in contemporary ethnography, cultural studies, cinema, postcolonial theory, and media and gender studies, she has taught at universities across the world and writes for writes for Truthout, CounterPunch, HK01, a-n, and n.paradoxa. Her latest book is Earthquake in Haiti: The Pornography of Poverty and the Politics of Development (2015). For other articles written by Julian Vigo see: Medium, Endoplasm, and OneWorld. Julian Vigo’s portal is lubellule.com and she can be reached at [email protected].