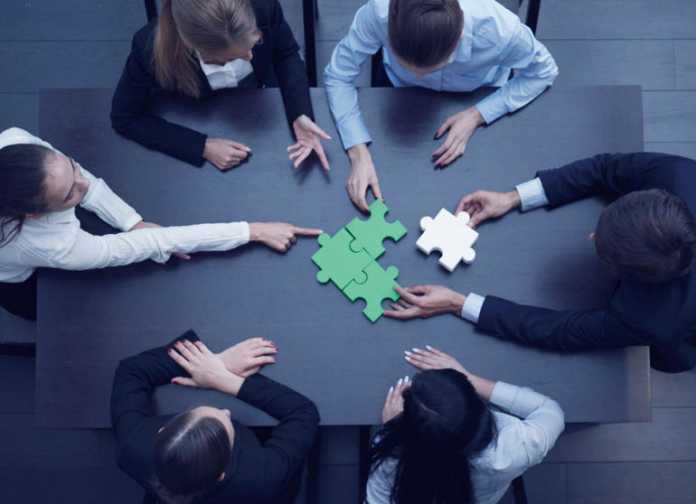 Women make up close to half of the labor force in most developed countries, yet occupational segregation remains high (Blau et al. 2013). There are several possible explanations for the lack of workplace integration, including different preferences of men versus women (Goldin 2014). But it is also possible that workplace segregation is caused by gender stereotypes which cause belief distortions about whether a woman can fit into a traditionally male-dominated environment (Bordalo et al. 2016). Related to this explanation, gender role attitudes have been shown to strongly correlate with female employment rates and the gender wage gap across countries (Fortin 2005).

Understanding the link between gender attitudes and occupational segregation is a critical input into policies which have the goal to integrate men and women in the workplace. Contact theory posits that biases and beliefs of a dominant group can be changed via intensive exposure to members of a minority group (Allport 1954). The argument is that mixing groups can break down stereotypes and promote understanding. There have been several studies which have randomly assigned college roommates of an opposite race or ethnicity to study the predictions of contact theory (e.g., Boisjoly et al. 2016, Carrell, Hoekstra and West 2015, Finseraas and Kotsadam 2017). However, until recently, there had not been similar field experiments which assigned men and women to work and live together to see whether gender attitudes and real-world outcomes could change.

In recent work (Dahl et al. 2021), we explore whether integration can change gender attitudes and related outcomes. We conducted a field experiment which randomly assigned women to teams which were traditionally all male. Our setting is the Norwegian military, which has only 15% women in its ranks, a fraction which is similar in the United States. The Norwegian Army’s North Brigade has been at the forefront of integration and since 2010 all of its battalions have had mixed-gender squads. With the help of the Norwegian Defense Research Establishment, in 2014 we randomized female Army recruits to some squads but not others during boot camp.

Boot camp, also known as basic training, lasts for eight weeks. It is an intense period of training which involves both field exercises and classroom time. The objective is to prepare soldiers physically and mentally for military service. Recruits are grouped into squads, which are typically composed of six soldiers. These squads train together as a team and live in the same room. Since recruits are not allowed to leave base during boot camp, they spend most of their daytime and nighttime hours together.

These are sizable changes in attitudes, but do they translate into differences in real outcomes? To examine this question, we look at the gender makeup of military occupations after boot camp ends. We find that men in mixed-gender teams during boot camp go on to serve in military occupations with more women in them: there is a 22% higher fraction of women in the occupations of treated men relative to the controls. Since assignments are based on soldier preferences, ability, and staffing needs, we interpret this result as at least in part reflecting the altered preferences of recruits.

A natural question is whether the short-run changes in gender attitudes and occupational choices persist. After boot camp ends, individuals are assigned to new squads whose members serve in a variety of military occupations. An important consequence of the reshuffling is that both the extent of exposure – in terms of number of women – as well as the intensity of exposure – in terms of teambuilding and spending time together – is typically lower after bootcamp. We find that treated men’s gender attitudes converge to those of the controls, eliminating the short-run differences observed at the end of boot camp. Congruent with this result, we find no difference in future education or occupation choices in the long run: treated men do not choose fields of study or occupations with a larger fraction of women in them.

We caution that these results do not mean that integration cannot change attitudes and choices in the longer run. Instead, the sharp contrast between the short and long run results suggests that to maintain changed attitudes and behaviors, exposure likely needs to be maintained for a longer period. Our intervention, while intense during boot camp, was relatively short compared to the overall military experience. And our setting is an extreme example of a male-dominated environment, where attitudes may be the most difficult to change permanently without continuing exposure.

Will integrating women hurt the military?

Our research provides general insights into how integration can matter for attitudes and occupational choices. However, it also has direct implications for the integration of women into the military. We also studied how treatment affects male soldiers’ performance and satisfaction with service. We find no evidence that integration hurt squad members on these two margins, either during boot camp or subsequent service. Treatment also did not affect real outcomes: there was no effect on promotion probabilities or performance evaluations conducted at the end of service. Policymakers in several countries have argued that having women serve alongside men in the military would hurt performance and cause dissatisfaction among male recruits, but this evidence suggests otherwise.

Note: This article originally appeared in VoxEU and is based on research appearing in Dahl et al. 2021.

Andreas Kotsadam is a Senior researcher at The Frisch Centre, Professor at the Psychology Department at University of Oslo, and affiliated with EGAP and CESifo. Kotsadam’s main research interests are behavioral economics, development issues, and inequality.​

Dan-Olof Rooth is a Professor of Labor Economics at the Swedish Institute for Social Research, Stockholm University. He received his PhD in Economics from Lund University in 1999. His main research interests are labor economics with a focus on education, economic psychology, discrimination, and health.