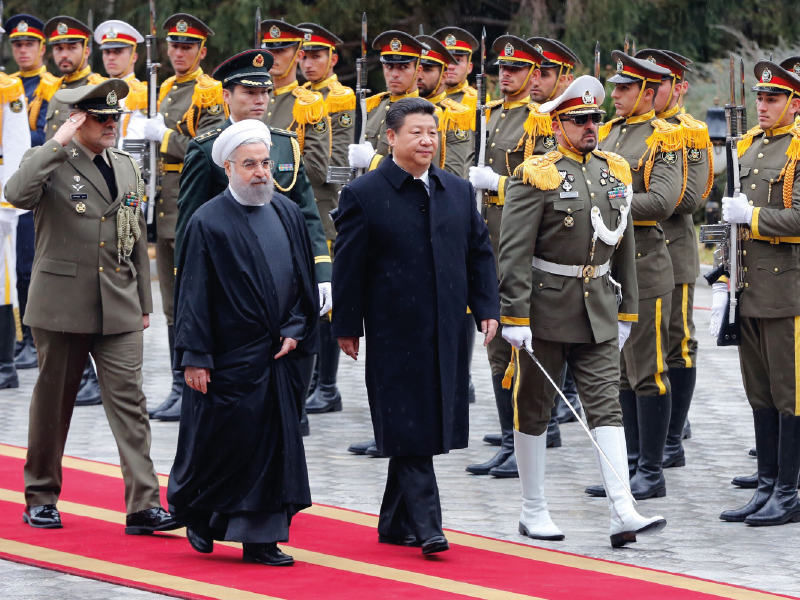 China has started to make its presence felt in the Middle East. Most commentators assume this to lead into the destabilisation of the already fragile region. This article will show, however, why China’s economic interests and identity will prevent it from dangerous intrusive political manipulation in the Middle East.

Competition for power and global dominance that often comes with it have often been belligerent in world history. This is particularly true during times of power transitions. Jia Qingguo and Richard Rosecrance1 have reminded that out of seven such hegemonic competitions,2 only the US-British hegemonic competition in the 1940s was peaceful. This makes many political scientists worried about the rise of China,3 not the least in the Middle East. Chinese new investments for 2017 in Saudi Arabia alone were worth more than US$70 billion. Furthermore, the country finished the construction of a major naval base in Djibouti. Should we be worried? Will China challenge US dominance in this precarious and dangerous region? Will the Chinese rise destroy Pax Americana in the Middle East?

China’s increasingly globalised economic interests has made it more interested in developing its global power. On 7 September 2013, President Xi Jinping initiated an ambitious global infrastructure plan later dubbed “One Belt, One Road”. The plan aims to create a physical infrastructure to support China’s economic interaction with the world. This vast infrastructure project has merged with the development of financial infrastructure that in turn supports the financing of global economic activities crucial for China’s growth.  China has also started ensuring, through military means, that its assets and trade routes are secure. The Chinese “logistics and fast evacuation base” in Djibouti is the first clear example of this tendency.

By competing China will undoubtedly challenge US commercial interests, and its growing financial infrastructure may eventually challenge the dollar’s position as the world’s reserve currency. But how will this affect politics and security? The United States will not intend to disrupt Chinese trading routes or harm Chinese investments.  Chinese security infrastructure is not there to attack US military interests. So, Chinese military installations should not be a direct threat to US security interests or US security order in the Middle East. Will Chinese political power turn US allies against the Pax Americana that harm the US interests in the expansions of democratic peace?

Timo Kivimäki is Professor of International Relations, and Director of Research at the Department of Politics, Languages and International Studies at University of Bath. In addition to purely academic work, he has been a frequent consultant to the Finnish, Danish, Dutch, Russian, Chinese, Indonesian and Swedish governments.

The Immediate Steps You Can Take When Your Property Gets Foreclosed

Are the Services of A Public Adjuster Essential?

How Employers Can Support the Forgotten 55s

COVID-19 and Degrowth: A Momentum to Restructure the System