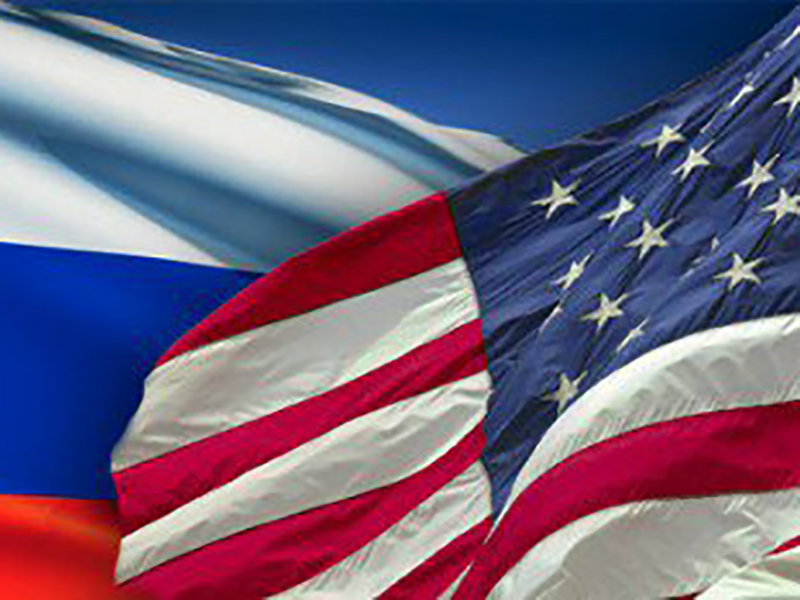 “I think I’d get along very well with Vladimir Putin. I just think so.”

The greatest risk of a Hillary electoral triumph was possible nuclear war on Russia – perhaps China and Iran to follow. Her defeat lets peace activists exhale for the first time in the campaign – but not relax.

He wants increased military spending at a time America’s only enemies are ones it invents.

How aggressive he’ll be geopolitically remains to be seen.

Hopefully his election means improved Russia/US relations after years of hostility under Obama. Here are some Trump quotes about Vladimir Putin, positive signs:

“I respect Putin and Russians but cannot believe (Obama) allows them to get away with so much…Hats off to the Russians.”

October 2007: “Look at Putin – what he’s doing with Russia – I mean, you know, what’s going on over there. I mean this guy has done – whether you like him or don’t like him – he’s doing a great job in rebuilding the image of Russia and also rebuilding Russia period.”

December 2011: Trump praised Putin’s “intelligence (and) no-nonsense way,” adding he “has big plans for Russia. He wants to edge out its neighbours so that Russia can dominate oil supplies to all of Europe.”

October 2013: “I think he’s done a really great job of outsmarting our country.”

October 2015: He and Putin “are very different,” but they’d “get along very well. I think that I would probably get along with him very well. And I don’t think you’d be having the kind of problems that you’re having right now.” 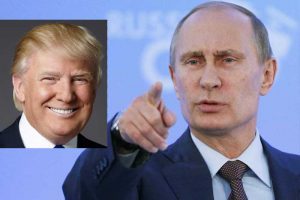 December 17, 2015: Trump called Putin a “talented person…It is always a great honour to be so nicely complimented by a man so highly respected within his own country and beyond.”

“I have always felt that Russia and the United States should be able to work well with each other towards defeating terrorism and restoring world peace, not to mention trade and all of the other benefits derived from mutual respect.”

December 18, 2015: “He’s running his country and at least he’s a leader, unlike what we have in this country. I think our country does plenty of killing also.”

“These characters that I’m running against said, ‘(w)e want you to disavow that statement.’ I said what, he called me a genius, I’m going to disavow it? Are you crazy? Can you believe it? How stupid are they.”

“And besides that, wouldn’t it be good if we actually got along with countries. Wouldn’t it actually be a positive thing. I think I’d have a good relationship with Putin. I mean who knows.”

April 2016: “…I’d possibly have a good relationship (with Putin). He’s been very nice to me. If we can make a great deal for our country and get along with Russia that would be a tremendous thing. I would love to try it.”

July 2016: “I would treat Vladimir Putin firmly, but there’s nothing I can think of that I’d rather do than have Russia friendly, as opposed to the way they are right now, so that we can go and knock out ISIS with other people.”

“President Trump would be so much better for US/Russian relations. It can’t be worse.”

“I don’t think he has any respect for Clinton. I think he respects me. I think it would be great to get along with him.”

If nothing else, Trump deserves credit for ending Hillary’s political career, preventing a third Clinton crime family administration. And that’s a good thing, as he might put it.

“(w)e heard (him say he) would treat Vladimir Putin firmly, but there’s nothing I can think of that I’d rather do than have Russia friendly, as opposed to the way they are right now, so that we can go and knock out ISIS with other people.”

“We understand and are aware that it will be a difficult path in the light of the degradation in which, unfortunately, the relationship between Russia and the US are at the moment.”

“(I)t is not our fault that Russia/US relations are as you see them.”

Putin believes “building a constructive dialogue between Moscow and Washington, based on principles of equality, mutual respect and each other’s positions, meets the interests of the peoples of our countries and of the entire international community.”

This article was first published on Global Research on 09 November 2016.

Stephen Lendman lives in Chicago. He can be reached at [email protected]. His new book as editor and contributor is titled “Flashpoint in Ukraine: How the US Drive for Hegemony Risks WW III.” http://www.claritypress.com/LendmanIII.html Visit his blog site at sjlendman.blogspot.com. Listen to cutting-edge discussions with distinguished guests on the Progressive Radio News Hour on the Progressive Radio Network.