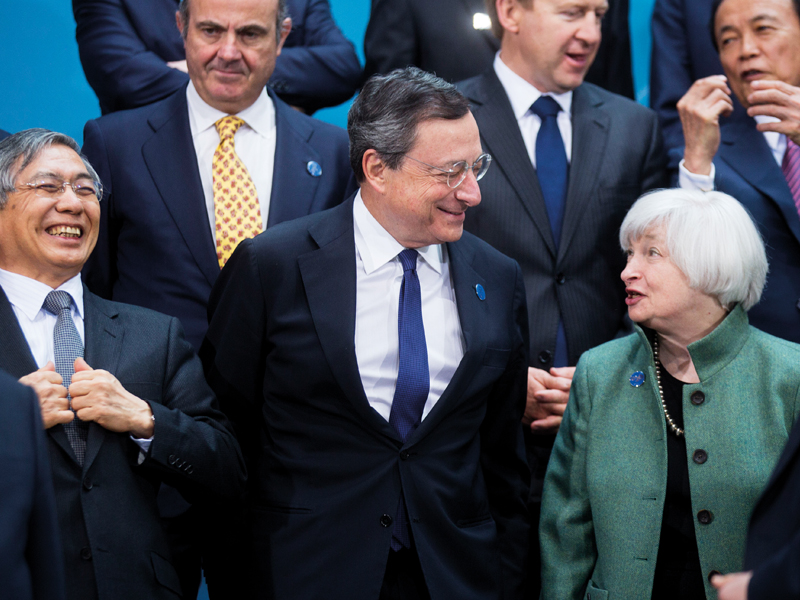 The global economy has its eyes on the gathering of central bankers at Jackson Hole, Wyoming. In this article, Dr. Jack Rasmus comprehensively elaborates on the central banks’ nine-year experiment, its inevitable transformation, and ultimately, its survival during the 21st century.

After nearly nine years of a radical experiment injecting tens of trillions of dollars and dollar equivalent currency into their economies, the major central banks of the advanced economies – the Federal Reserve (Fed), Bank of England (BoE), European Central Bank (ECB), Bank of Japan (BoJ), and the People’s Bank of China (PBOC) – appear headed toward reversing the policy of massive liquidity injection they launched in 2008. The next phase of the process will likely become more apparent once central bankers gather for their annual meeting at Jackson Hole, Wyoming, on August 24-25, 2017.

Led by the US central bank, the Federal Reserve, central bankers have begun, or are about to begin, reducing their bloated balance sheets and raising benchmark interest rates. A fundamental shift in the global availability of credit is thus on the horizon. Whether the central banks can succeed in raising rates and reducing balance sheets without precipitating a major credit crunch – or even another historic credit crash as in 2008 that sends the global economy into another recession tailspin – is the prime question for the global economy in 2018 and beyond.1

Fundamental forces in recent decades associated with globalisation, rapidly changing financial structures worldwide, and accelerating technological change significantly reduced central banks’ ability to generate real investment and productivity gains – and therefore economic growth – after nine years of near zero and negative benchmark rates. The same changes and conditions may threaten a quicker than anticipated negative impact on investment and growth should rates rise much in the near term. In the increasingly globalised, financialised, and rapid technological change world of the 21st century, central bank interest rate policies are becoming less effective – and with that central banks policies less relevant.

Dr. Jack Rasmus is author of the just published book, “Central Bankers at the End of Their Ropes? Monetary Policy and the Next Depression”, Clarity Press, July 2017, and the previously published “Systemic Fragility in the Global Economy”, also by Clarity Press, January 2016. For more information: http://ClarityPress.com/RasmusIII.html. He teaches economics at St. Marys College in Moraga, California, and hosts the radio show, Alternative Visions, on the Progressive Radio Network. He blogs at jackrasmus.com and his twitter handle is @drjackrasmus.

1. This is one of several main themes addressed by the author in the just published book: Jack Rasmus, “Central Bankers at the End of Their Rope?: Monetary Policy and the Coming Depression”, Clarity Press, July 2017
2. See Mohammed El-Erian, “The Only Game in Town: Central Banks, Instability, and Avoiding the Next Collapse”, Random House, 2016.
3. For an assessment of the “system-wide” fragility as of 2015, see Jack Rasmus, “Systemic Fragility in the Global Economy”, Clarity Press, January 2016.
4. Financial Times, August 19, 2017, p.R3.