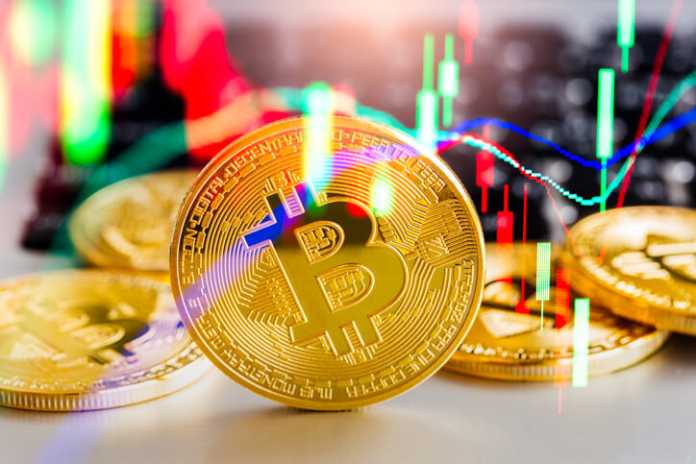 Crypto loan company Nexo CEO predicts that Bitcoin might reach $100,000 within a year. “Within 12 months,” Antoni Trenchev told CNBC, he believes the world’s most popular cryptocurrency will rise beyond $100,000.

As the Federal Reserve begins to unwind its huge monetary stimulus programs, he is “worried” about the short-term prospects of Bitcoin, warning that it may decline in pace with conventional financial markets.

A “collapse” in stock prices, on the other hand, might provide more fuel to crypto since the Federal Reserve would be back to easing in no time if equities fell. According to Trenchev’s prediction, the price of Bitcoin is going to double this year. In January 2020, Trenchev forecasted that the price of BTC would reach $50 000 before the end of the year.

Despite Trenchev’s 2020 projection, it didn’t come to be. That year, Bitcoin reached a high of a little over $29 000. As large Wall Street organizations like Jump Trading and Jane Street begin to invest in digital assets, crypto advocates claim that the market has matured and that there is adequate liquidity.

Bitcoin On Its Way

Bitcoin is being bought up by crypto “whales” such as Terra Labs co-founder Do Kwon, who believes it will become a “reserve currency” in the future. However, the market is facing significant challenges. Crypto markets remain turbulent and scattered throughout the world. The Nasdaq index, in particular, remains highly connected with the price of Bitcoin. Similarly, BTC can be as volatile as the stock market.

The price of Bitcoin, at the moment of writing this, is now over 40% lower than its all-time high of $68 990. Cryptocurrency CEOs foresee a lower price appreciation this year than in previous years. Some experts also think that the BTC price is going to increase dramatically in 2022. For this reason, the number of people who trade with this currency expanded. They usually use tools like Bitcode Prime, which allows them to make the trading automated. This is possible with the help of AI, which can analyze a big data and make a beneficial decision based on the analyzed information

Bitfinex’s chief technical officer, Paolo Ardoino, told CNBC on Wednesday that “global instability in the markets, not only the crypto markets but also in the stock markets,” he said. As a result, we are witnessing reduced volumes on the crypto side. Bitcoin volumes have decreased over the last several weeks. There are many whales in the market, in other words – players, who had previously been quite active but are now sitting on the sidelines because of this statistic.

It is the ability to move the market by wealthy investors known as “whales” that sets them apart.

Many of the people who work in the field of cryptocurrency analysis have eccentric personalities and strong beliefs about the technology they study. A recent story on Insider.com, previously known as Business Insider, stated the following price projections from investment banking analysts: BTC was predicted to reach $100,000 in 2022 by Goldman Sachs; JPMorgan put it at $148,000 in November but lowered it to $38,000 last month, and Citigroup said it would reach $318,000 by December 2021 and hasn’t altered that projection.

Peter Schiff, a fervent opponent of Bitcoin, believes that his examination of the technical price charts suggests that Bitcoin has seen a “double top” pattern. If a critical support level is broken, a “double top” is a price pattern that tends to be negative over time. There is nothing, according to Schiff, stopping Bitcoin from plummeting to his $10,000 price goal if it slips below the present level ($30,000 per coin). Two causes might propel the Bitcoin price to surpass the $200k, despite the vast range of predictions from the previous experts, a Bitcoin tracker stated.

Much of that mobility might be unlocked via regulation. Think about how much more money you might have in your wallet if only 2% of $100 trillion was invested in crypto. Despite the fact that a $200,000 Bitcoin this year would be fantastic, it is unlikely to happen. Even though no one can forecast the future with absolute accuracy, we do know that Bitcoin has beaten every other asset class over the previous decade, giving annualized returns of over 230 percent. Although Bitcoin is unlikely to reach $200,000 this year, if macroeconomic circumstances worsen, the price might rise to $100,000. A new all-time high of $75,000 to $90,000 may be feasible for Bitcoin because of its strong deflationary nature and fundamentals.