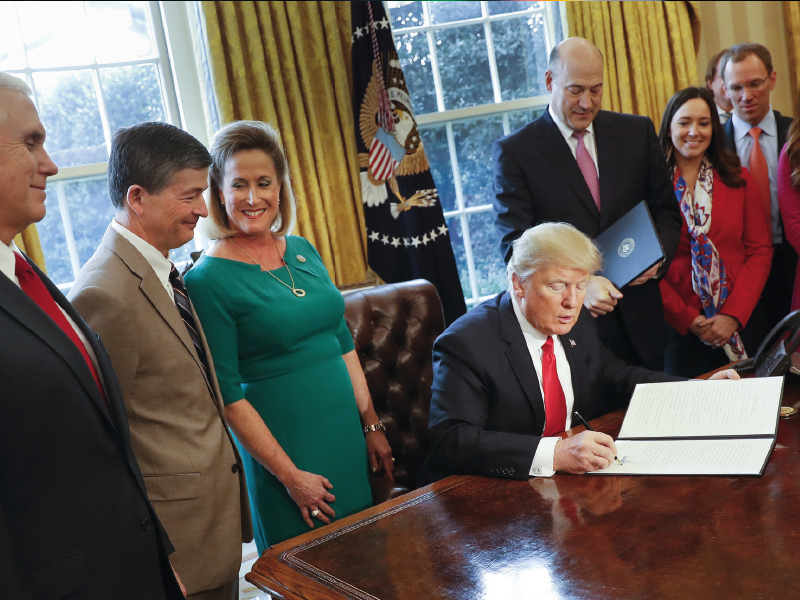 Reforming financial regulation from time to time is necessary. Existing rules do not effectively apply to new business developments and technologies and they might become inconsistent to global approaches to financial regulation. Alternatively, reforms are necessary for making the financial system more resilient to shocks. That is why it is necessary to scrutinise the existing regulation on a regular basis. This approach is pursued in the European Union with the public consultations on the bank capital requirements regulation, on the cumulated effects of financial regulation and on the creation of a Capital Markets Union. These are approaches – with industry and consumer advocates’ cooperation – to improve the existing regulatory system. The US Financial CHOICE Act, which passed the House of Representatives on June 8, 2017,1 represents a different approach, however, it is the replacement of the old regulatory system with a much older one.

A Small Banking Box is Worth Discussing

Still, the Financial CHOICE Act contains some valuable ideas worth discussing.2 Many experts have good reasons to be critical about the US response to the financial crisis of 2008 coded in the Dodd-Frank Wall Street Reform and Consumer Protection Act. For one, Dodd-Frank has raised the regulatory burdens for financial firms, it restricted the access to loans for households and it added a lot of complexity to the resolution process of failing banks.3 Regulation also made the European financial system more complex. Therefore, the European Union is discussing a so-called small banking box, which aims at decreasing the regulatory complexity for smaller banks. The lighter regulatory environment is based on the fact, that these banks are less exposed to the risks of the global financial system because of their focus is to finance their local community.

A small banking box might therefore be correct for these unintended consequences of Dodd-Frank.

Similar to the idea of a small banking box, the Financial CHOICE Act aims at providing regulatory relief to a subset of banks. While the subset consists of smaller and systematically insignificant banks in the small banking box, it is well-capitalised banks in the Financial CHOICE Act. Banks qualify for the lighter regulatory environment through the option of a “Capital Election”. Thereby, banks with an unweighted equity capital ratio (leverage ratio) of more than 10 percent would be able to switch to a less strict regulatory framework than Basel III. This approach is similar, but different from the idea of a small banking box because the lighter regulatory environment can also apply to larger banks. The “Capital Election” idea is based on the assumption that highly capitalised banks should be able to absorb losses without the need for regulatory intervention.4 While this might hold for smaller banks, it does not hold for larger banks that are highly interconnected with the rest of the financial system through their assets and liabilities. The lighter regulatory environment can reinforce risks to the financial system, if it will be applied to larger banks.

However, as long as banks are small and not too much interconnected to other parts of the financial system, a small banking box might reduce the compliance costs for these smaller banks without increasing the risks for the financial system. Many of the smaller banks cannot employ a large staff of experts to deal with complex regulations, but Dodd-Frank forced them to employ expensive experts or to shut down business, which needs a lot of regulatory knowledge. It is harmful for smaller banks that many of the existing regulations with all their complexity target larger banks, while they apply to all banks, independent of their size. A small banking box might therefore be correct for these unintended consequences of Dodd-Frank.

Markus Demary is a Senior Economist in the research unit financial and real estate markets at the Cologne Institute for Economic Research (Institut der deutschen Wirtschaft Köln) and a lecturer for Behavioral Finance at Ulm University. Markus studied economics at the Rheinische Friedrich-Wilhelms-Universität Bonn and holds a doctoral degree from the Christian-Albrechts-Universität zu Kiel.