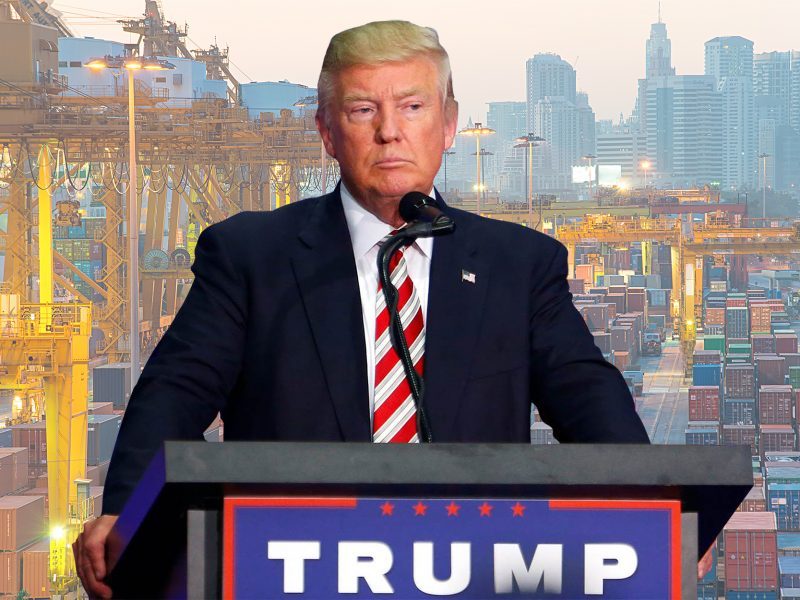 The Trump administration has been capitalising on the “dark-side of globalisation”. However, Devashish Mitra advances that an anti-globalisation campaign might not be the best for the United States. The article is both a critique to current government direction and a call to salvage America.

Globalisation, in all its forms, is under siege from the Trump administration. Importantly and unfortunately, last week’s G-20 financial leaders’ meeting ended without its usual commitment to promote free trade or resist protectionism. On inauguration day itself, the new administration announced that they were pulling out of the Trans-Pacific Partnership and would be renegotiating the North American Free Trade Agreement. Setting aside for the moment that globalisation has lifted over a billion people out of poverty all over the world, making it safer and more secure, here is why anti-globalisation policies are actually bad for America.

The US-led multilateral process of getting rid of trade barriers, initiated after World War II, was motivated, to a large extent, by the terrible interwar experience with escalating worldwide protectionism. This “beggar-thy-neighbour” protectionism, used by several countries on each other, played a significant role in converting a regular recession into the Great Depression. This important lesson, that the rest of the world does not remain passive to any country’s protectionism, has been forgotten while interpreting the recent evidence showing US wage and job losses from trade with Mexico and especially China. Besides, the recent studies don’t take into account the possible increase in automation from restricting trade, as if it is good enough to bring jobs home for American robots.

The Trump administration is gearing up to slap higher tariffs on imports. Trump and his associates have mentioned the possibility of a 20 percent tariff on imports from Mexico to pay for the “wall”. During the campaign, Trump also advocated for a 45 percent tariff on imports from China. The alternative to tariffs is the Ryan-Brady border tax adjustment plan, which is potentially more protectionist, but also less transparent. Under this plan, American producers will be given tax exemptions on domestically produced inputs, but not on imported ones. The plan also provides for the deduction of wages while taxing domestic production, without such provision in case of imports. And, export revenues will be totally tax exempt. Thank goodness Trump finds it “too complicated”. He is in favour of plain old tariffs, without any apologies whatsoever.

Devashish Mitra is Professor of Economics and Gerald B. and Daphna Cramer Professor of Global Affairs at the Maxwell School of Citizenship & Public Affairs, Syracuse University.