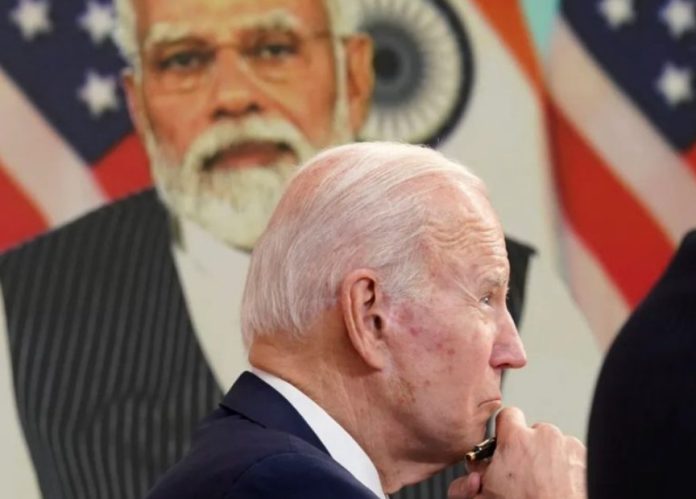 Since Russia invaded Ukraine in February, India’s refusal to condemn Russia and maintain a neutral stance has sparked many debates at home and criticism abroad. US President Joe Biden called India’s stance “somewhat shaky”. However, shortly after, the US also called India an essential partner in realising its mission for a free and open Indo-Pacific. India’s neutral position was also on the table during Indian Prime Minister Narendra Modi’s visit to Europe in April.

The Conversation Weekly podcast spoke to Swaran Singh, a professor of diplomacy and disarmament at Jawaharlal Nehru University in New Delhi about India’s neutrality on Ukraine. This is an edited extract of the interview.

How would you describe India’s position on the Ukraine war?

I call it proactive neutrality, which means India would not be comfortable taking any one of the sides in the conflict either to stand completely with Russia or the US. India’s neutral position has been most visible at the UN general assembly, where it abstained on resolutions condemning the Russian invasion of Ukraine.

India’s position has also been evident in its rescue operations, where India was able to bring home about 22,500 Indians, and 147 other nationals in middle of the war in Ukraine. Such operations in a difficult war zone suggest India’s close and intense diplomatic engagement with both Moscow and Kyiv. India has also been constantly involved in humanitarian assistance in affected areas. It has also been in conversation with all parties to the conflict to ensure it can contribute to the early cessation of violence.

Has neutrality been a historical feature of India’s foreign policy?

India’s proactive neutrality can be traced back to the cold war era of non-alignment. After its independence from the British empire in 1947, non-alignment became the pivot of India’s foreign policy.

Around that time, a new generation of national leaders across Asia, Africa and Latin America came together with a vision. In 1955, 29 heads of state met in Bandung in Indonesia, where they developed a new Afro-Asian movement, or what was then called the “third world” movement.

In 1961, they met again in Belgrade, Serbia, to decide on the criteria for becoming a member of this non-aligned movement. The idea was not to completely avoid participation in international affairs, but to steer clear of the military alliances of the east and west, even as they continued to support national liberation movements across Africa.

Since the end of the cold war, much has changed. India is no longer seen as a “third world” country. It has come to be recognised as an emerging nation and moved from being non-aligned to multi-aligned, which means it has tried to build partnerships with as many countries as possible. It has done a cost-benefit analysis of its foreign policy choices and decided that neutrality ensures maximum benefits with minimum costs.

What is India’s relationship with Russia and the US?

India shares a longstanding relationship with the erstwhile Soviet Union, which has stood by its side on critical issues such as the UN security council’s discussion on Kashmir. The two countries have also developed strong defence cooperation.

Over the past few decades, Russia became not just a key supplier of defence technologies and equipment for India, but also moved from licensed production in this field to joint research and development. However, the last two decades have seen India diversifying its procurement and partnerships in defence cooperation. The share of Indian defence equipment procured from Russia came down from 70% in 2012-17 to below 50% in 2017-21. Instead, large numbers of new defence contracts have been signed with countries such as Israel, France and the US. This diversification is part of India’s engagement in the last two decades with the US and its allies.

Both relationships are equally critical for India, and it has had to maintain a tough balancing act. For example, India imports an enormous amount (85%) of its crude oil requirement. As an old friend, Russia offers India up to a 30% discount. But India is not importing its entire supply from Russia. Crude oil imports from Russia have moved up from 1% to almost 3%, though India could easily import 10%-12% from Russia.

The US, of course, has an expectation of India towing its line, which it often expects from its European allies as well. But just like European allies have stood up for their interests, so too has India. The push and pull in the Indo-US relationship might also be happening in the Indo-Russia relationship, but perhaps in closed door meetings rather than through the media. Russia also has expectations of India. It has said that countries which don’t support it will have to bear costs if they oppose, or even abstain, from various UN resolutions.

India’s economic relationship with Russia is very limited. But as a major defence partner, some of those partnerships are being affected by western sanctions. With foreign exchange at the central bank of Russia frozen, this will impact Russia’s economic engagement with the rest of the world, including India.

The situation could become particularly complicated if an Indian company were to do business with a Russian one, as well as a European or an American one. In the current crisis, India has been able to procure oil and coal, among other things, from Russia. It has also suggested trade alternatives, such as a direct rupee-rouble exchange, to overcome the difficulty of the US dollar being the main global currency for transactions.

During my own research, I’ve found that sanctions have almost never worked, even when it comes to really pariah, small, weak states such as North Korea or Myanmar. They have also been counter-productive because there are always loopholes, and other new alignments can be formed to counter them. Either the target nation finds new suppliers or develops indigenous alternatives to fill the demand for goods and services that have been censored.

How is the Ukraine war affecting India’s relationship with China, which has also remained neutral?

The Ukrainian crisis might actually bring positive energy to the India-China relationship, which has been tense for more than two years because of border tensions. Both countries are seeking an immediate cessation of hostilities on the ground in Ukraine and urging Russian and Ukrainian leaders to begin direct talks.

But significant differences remain between China and India. Today, Russia is much closer to China, and in turn, China is much more open with its support to Russia. But China also remains India’s largest trading partner, given India’s enormous dependence on Chinese imports, particularly in goods such as active pharmaceutical ingredients that India procures from China to manufacture generic medicines.

Will India’s position on Ukraine change?

Statements made by the Indian government on the crisis suggest a constant evolution of its position. India began by being “concerned” and moved to “deploring” the situation. Then India started saying that countries need to respect international law and the UN charter. It also wants to ensure that the sovereignty of countries with respect to territorial integrity is ensured. India also condemned the killings of civilians in the Ukrainian city of Bucha by Russian armed forces and demanded an independent investigation on the massacre. The momentum to stay on top of the situation is evident.

It’s painful to see how we are entering the third month of the war in Ukraine and that puts moral pressure on all countries, including India, to push for an end to the crisis.

This article was originally published in The Conversation on 4 May 2022. It can be accessed here: https://theconversation.com/why-india-chose-a-path-of-proactive-neutrality-on-ukraine-182403

Swaran Singh – Professor for Diplomacy and Disarmament at Centre for International Politics, Organization and Disarmament (CIPOD), School of International Studies, Jawaharlal Nehru University (New Delhi). He is President of Association of ASIA Scholars, General Secretary of Indian Association of Asian & Pacific Studies, Guest Professor at Research Institute of Indian Ocean Economies, Yunnan University of Finance and Economics (China) and Advisory Board Member of Atlanta-based Communities Without Borders Inc. (United States). Prof Singh has 25 years of experience in research and teaching and he lectures at major institutions like National Defence College, Defence Services Staff College, and all other major military institutions as also Foreign Service Institute, Indian Institute for Public Administration etc. also contributes to radio and television discussions. JNU has already awarded 18 PhDs and 37 MPhils under his supervision.