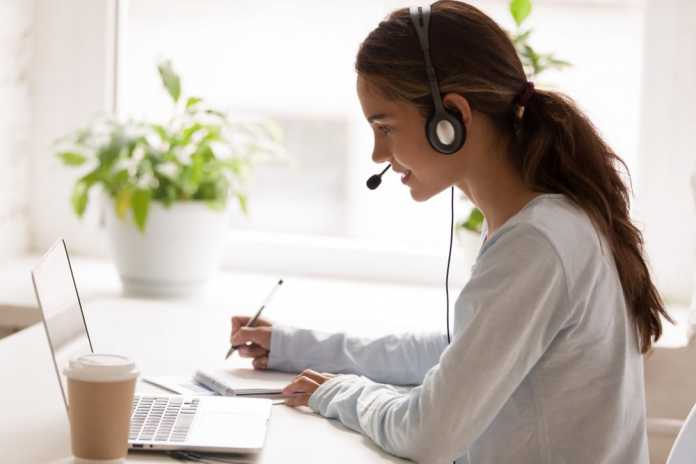 The use of remote interpreting makes it possible for people to communicate with one another regardless of where they are physically located. In order for any organization to have a global reach, remote translation services can be a great asset. In the event of a pandemic, it allows people who speak different languages to communicate with one another by facilitating conference calls and other large gatherings. In the medical arena, this service has clearly helped to overcome language obstacles and to guarantee the right to dialogue and understanding.

What does Remote Simultaneous Interpreting mean?

What is the Process of Remote Simultaneous Interpretation?

Smart devices and online broadcasting are used for remote simultaneous interpretation. An interpreter may work from any location, because of RSI. The interpreter will be able to hear the speaker’s voice via an internet platform. Teams and Zoom, two popular commercial video conferencing tools, are easily integrated into many platforms. The interpreter utilizes a headset and microphone of the highest quality to translate. Listeners can see the speaker’s face and hear their words as they are broadcast to them. Virtual attendees have nothing but praise for RSI’s work.

Due to a variety of factors, multilingual services are virtually always needed in our modern society. We live in a globalized society, where firms try to reach new markets and customers by claiming to be international. Increasingly, professionals are working from home, which allows them to travel while they are working. In addition, firms are bringing in employees from other parts of the world. And the number of immigrants is increasing. The language industry is affected by this. A greater number of interpreters and translators is required.

There has been a reasonable increase in demand for translation services following the outbreak of the global pandemic COVID-19. Almost immediately, interpreting services became more in demand than ever before in courts, businesses, medical clinics, schools, and other organizations. This might mean the difference between life and death in a healthcare setting.

While a speaker is delivering a message in their native tongue, a professional language interpreter is translating the message into another language for the benefit of listeners who aren’t fluent in the one being spoken.

Organizations throughout the world have discovered the benefits of remote simultaneous interpretation in today’s global marketplace.

Remote interpretation enables people to listen to translated content in real-time on their own devices, such as smartphones, tablets, or computers as if they were in the same room as everyone else. When you don’t have to drive for hours to get it to the on-site meeting on time, just imagine how much time you’ll save!

RSI’s lower price tag is an undeniable advantage. Because this is a live feed, many businesses can avoid the expenses that would otherwise be associated with it. In order to be effective, remote simultaneous interpretation (RSI) requires the presence of an operator at all times. Although an RSI platform is required, typical interpreter booths and other on-site equipment can be eliminated, saving you money on transportation and other set-up costs at event locations.

It is not a problem where you are located

Interpretations are more efficient and the geographical gap is closed because people don’t need to be in the same spot. People can be in various cities, states, or even nations at the same time! This is a major advantage of remote interpretation. Consider how many customers from other countries will be able to benefit from this as well.

Sessions can be held at any time and in any location without regard to the number of participants. This is a huge time-saver for multinational firms that employ people across the globe, as they don’t have to bother about synchronizing time zones for each location.

Reduce the amount of hardware you have

Some additional equipment and setup are needed for on-site interpretation as we have previously discussed. Remote interpretation allows you to utilize a standard computer, tablet, or phone, making it easier for businesses and their clients to set up appointments at the same time.

As part of RSI’s amazing universe, companies can serve their clientele with as many languages as they need in virtual events. Most of the time, a listener can select the language in which he or she wants to hear the message presented. Also, don’t forget that RSI is only feasible with a good WIFI or cellphone data connection!