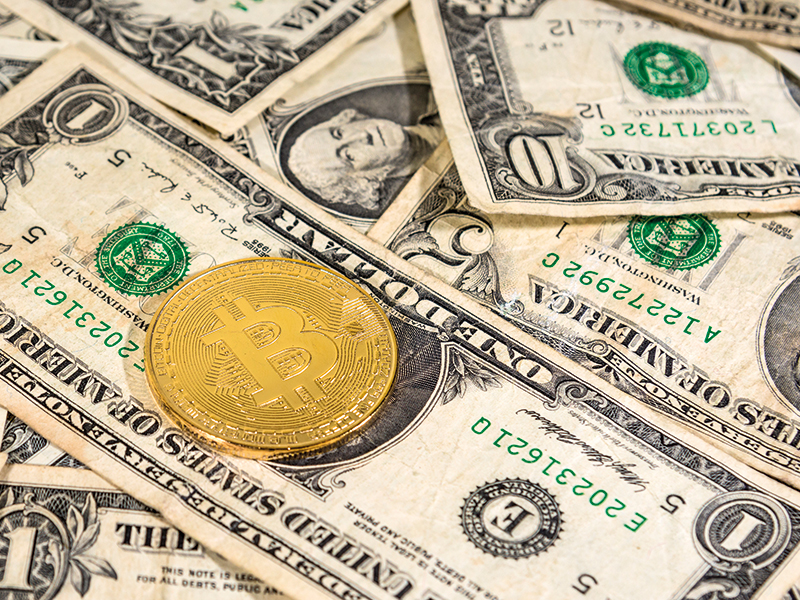 Over the past few years, the terms ‘block-chain’ and ‘cryptocurrency’ have gained enthusiastic international front-page news and YouTube attention, largely due to the extreme appreciation and volatility in value of the latter (relative to mainstream fiat currencies). With many curious, speculative, and heavily entrenched, first time investors reaping incredible financial gains in 2017, a desire for ‘easy money’ seems to have overtaken the true social objective, or ‘currency’, side of cryptocurrency. Given that ‘cryptocurrencies’ now fall into a wide range of designs and purposes, this note only considers those with a goal of becoming true currencies (as defined below).

The purpose of this short article is to persuade the reader that cryptocurrencies are not true fiat currencies, and, remind readers of the true underlying social benefit from a universally trusted cryptocurrency that will allow everything from small remittance transfers to large international transactions the ability to avoid expensive intermediary ‘fees’ or ‘premiums’.

We can begin with a simple example: Suppose a person were to go out and buy a new car on Friday for 4 bitcoins (where 1 bitcoin = 5000 GBP), and, on Saturday 1 bitcoin was trading at 1/10,000 GBP, that person could have bought two cars by waiting one day. Because of this volatility, in fear of overpaying, it’s unlikely anyone will buy a car any day (unless they can accurately forecast the highs and lows of their currency of exchange). While this example may seem a bit extreme, the volatility of bitcoin over the 2017-2018 calendar year went from a low of 966 USD per BTC to a high of 19,197 USD per BTC. Once price stability can be achieved, a liquid means of exchange should naturally follow as buyers and sellers begin to trust that currency.

Building on this, an optimal currency can be defined as having, at least, four basic characteristics: (i) a store a value (over time), (ii) price stability (over time), (iii) a highly liquid means of exchange with near zero transaction costs, and (iv) the fulfillment of contract upon request. If we consider the US Dollar, British pound, Euro, or Japanese Yen (among many others), these fiat currencies possess all of these characteristics (more or less). If we consider cryptocurrency, (i) and (iv) are satisfied but (ii) and (iii) are not. The chart below should provide readers with some fairly straightforward evidence of why bitcoin (the most basic popular version of cryptocurrency) is not a currency based on our definition (nor are the majority of other cryptocurrencies).

The 2017-2018 crypto-hype (seen above) widely departed from what a truly innovative cryptocurrency was meant to be – a means for direct worldwide exchange of a trustworthy currency without having to stumble through expensive middle-people, procedural ‘fees’, and/or, unnecessarily long waiting times, for simple transfers of funds.

In terms of the social benefits, there are countless real-world applications. A simple example, experienced by any unfortunate traveler who finds themselves departing the UK from Gatwick airport for an international flight without having converted pounds into desired currency beforehand, will know that ‘Moneycorp’ will take advantage of their local monopoly on international fiat currency conversions, charging generous rates to convert one currency (i.e. GBP) into another. (i.e. EUR), even if you are only travelling a few hundred miles to buy similar goods and services at similar price levels (in terms of PPP). Competitive commercial banks do not fare much better, often charging processing fees along with spreads for any deposit in foreign currency.

A universally trustworthy cryptocurrency would ensure highly liquid near-zero transaction costs, as long as businesses in both countries were willing to accept/trust that cryptocurrency which possesses the four characteristics defined above.

A universally trustworthy cryptocurrency would ensure highly liquid near-zero transaction costs, as long as businesses in both countries were willing to accept/trust that cryptocurrency which possesses the four characteristics defined above. Effectively, this translates into compliance with conditions (i) through (v) above, where near-zero cost transactions between anyone anywhere at any point in time, to anyone else, anywhere else within seconds of the initial point in time, can occur under a stable exchange rate/price level. Thinking about this in terms of international trade and remittance transfers creates vast possibilities in cutting out costly middlemen/women, which are beyond the scope of this short note.

From an economic perspective, explaining the market value of popular cryptocurrencies is similar to explaining the market value of gold or diamonds – a relatively flat supply, relative to an exponentially increasing demand. The incredible gains experienced by initial participants are followed by a rush of speculative investors, fueling more speculative demand which continues to grow as the masses establish faith in the increasing ‘value’ of that asset, relative to its fixed supply. This type of phenomenon has been demonstrated, at least, as far back as MacKay’s seminal three chapters in “Extraordinary Popular Delusions and the Madness of Crowds” (1841).

From a national accounts perspective, at the moment, cryptocurrencies would, unfortunately, be best classified as, either, a nonfinancial assets (valuable), or, an addition to the category of financial assets: ‘SDRs and monetary gold’ (i.e. ‘SDRs, monetary gold, and cryptocurrency’). For practitioners, these can both, generally, be considered as a speculative store of value over time.

From a financial perspective, the current situation allows for professional investors to take advantage of the ‘pump and dump’ volatility created by an ambitious cohort of newly wealthy investors (QE in major economies has put a lot of liquidity into the global financial system), and, for late entry investors, to lose their shirts (see Mt. Gox for real world evidence of pump and dump).

The original objective of cryptocurrency, to cut out expensive and unnecessary middle-people, cannot be achieved until the price becomes internationally stable.

In short, cryptocurrencies are not yet a currencies because most cryptographer(s) (beginning with Nakamoto 2008) did not integrate fundamentals from long lived fields of accounting, macroeconomics and finance into their White Papers. In order to achieve (ii) and (iii) requires a more active monetary theory type approach where management of cryptocurrencies are continuously governed by the principals of supply (endogenous) and demand (exogenous). Fortunately, this could be achieved via algorithm which preserves the idea of no human intervention, however, would require an underlying asset (or set of assets) by which to benchmark the supply side of that algorithm.

Put more simply, the original objective of cryptocurrency, to cut out expensive and unnecessary middle-people, cannot be achieved until the price (relative to traditional fiat currencies or a well-defined set of underlying assets) becomes internationally stable so that it doesn’t matter what country your hard earned remittances to a foreign relative are sent/received, and; any purchase of a car with your e-wallet doesn’t depend on what day you buy it (or what country you buy it in).

Mike Seiferling completed his PhD from the London School of Economics in 2012. He worked as an economist with the Statistics Department of International Monetary Fund between 2011 and late 2014. At present, he is Lecturer/Assistant Professor in Public Finance in the School of Public Policy at University College London (UCL).