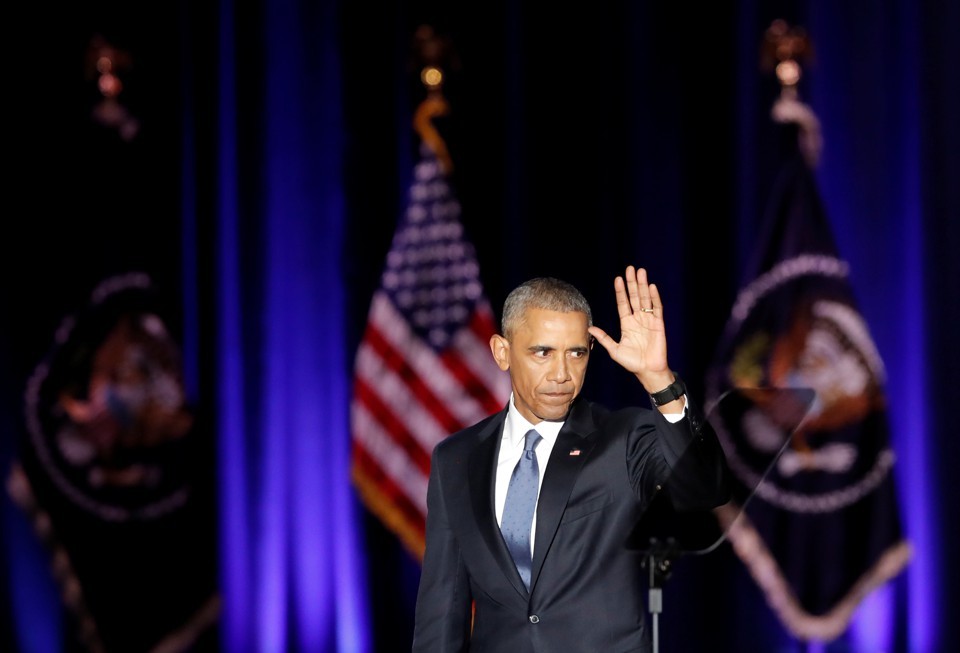 In this article the author argues that Obama’s failure to build a strong Democratic Party during his Presidency, and a lack of a coherent theme during Hillary’s campaign were among the reasons that contributed to the Democrats losing. He outlines how he thinks they can recover after Trump’s triumph.

The blame-game among Democrats and pundits began soon after Hillary Clinton’s defeat. Per the new conventional wisdom, Clinton lacked inspirational qualities. She ran a too tightly controlled and defensive campaign. She failed to develop a coherent theme for her candidacy. She committed a major gaffe by calling half of Donald Trump’s supporters “deplorables”. She failed to pay sufficient attention to the states of Wisconsin and Michigan, presuming they would be safe for any Democratic nominee.

This commentary is meaningless after-the-fact rationalisation. Just 24 hours earlier, these same pundits and Democratic operatives had informed the world that Hillary Clinton was poised to complete a historic victory as the first woman to be elected president of the United States. Clinton and her campaign did not suddenly change overnight. It was the same candidate and the same campaign that the commentators previously anointed as sure-fire winners.

The pundits twisted themselves into pretzels to justify why what they assured us would happen – a Clinton victory – had not happened. The Clinton blame game provided an easy substitute for hard thinking about how presidential elections work and how to rebuild the Democratic Party.

Far more blame for the sorry plight of the Democrats must go to Barack Obama than to Hillary Clinton. As president, Obama learned only half the lesson taught by the greatest of Democratic leaders, Franklin Delano Roosevelt.

Using my prediction system, the Keys to the White House, I first predicted a Trump victory in a Washington Post interview on September 23 and then doubled-down on that prediction on October 28, just before the release of the letter from FBI Director James Comey on possibly new relevant Clinton emails (see, https://www.washingtonpost.com/news/the-fix/wp/2016/09/23/trump-is-headed-for-a-win-says-professor-whos-predicted-30-years-of-presidential-outcomes-correctly/ and https://www.washingtonpost.com/video/politics/professor-doubles-down-on-trump-win/2016/10/28/32b618fe-9ca3-11e6-b552-b1f85e484086_video.html).

The Keys uncovered the fundamental problems facing Democrats in their effort to win a third consecutive term in the White House. These included grievous losses in the midterm elections of 2014, a divisive primary contest, the lack of a major domestic policy accomplishment or foreign policy triumph in President Barack Obama’s second term.

This superficial assault on the Clinton candidacy creates the illusion that the Democratic Party can rescue itself from near oblivion by finding its own Donald Trump facsimile: the man on a white horse who will lead their party to victory. After their 2016 triumph, the opposition Republicans control the White House, the US Senate and House, and most state governments. Republicans are likely to control the Supreme Court for the next generation at least. Today, the Democrats are a shattered party and the Obama legacy is on fading life-support.

Allan J. Lichtman is Distinguished Professor of History at American University in Washington, DC. He has published more than 200 scholarly and popular articles and nine books that have won numerous national awards. Dr. Lichtman has provided commentary for all major US television and radio networks, the Voice of America, and many foreign broadcast companies. He has been an expert witness in more than 80 federal civil rights cases.