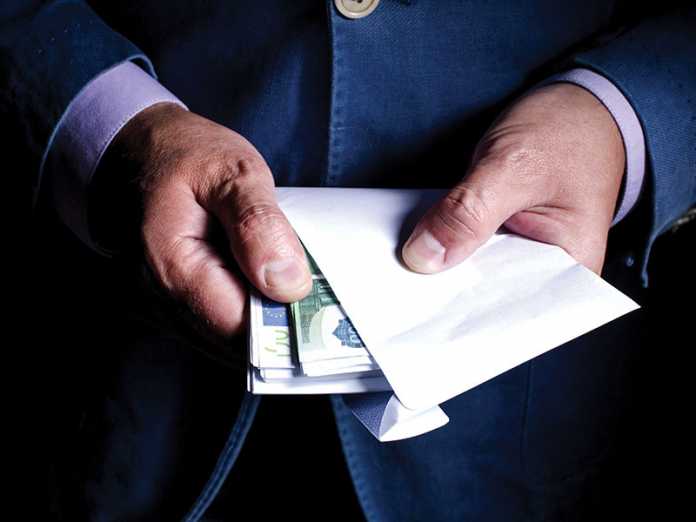 Recent disclosures in emails obtained by the International Consortium of Investigative Journalists suggesting massive corruption by the family of former president José Eduardo dos Santos of Angola (NYT 1-19-2020) raise powerfully a question that has long hung over efforts to stamp out corruption around the world: what should be done with the assets generated by corruption once they are discovered and frozen?

The United Nations Convention Against Corruption stipulates that, where feasible, such assets should be returned to their country of origin, but does not specify exactly what entity should take ownership, unless the funds were embezzled from the government, and even then only when there is good reason to believe that the funds will not just find their way back into the corruption stream. But sadly, returning assets to the corruption stream is precisely what has happened in far too many documented cases, when recovered assets are returned to governments.

Fortunately, an alternative is available.  When the President of Kazakhstan was found to have taken a bribe from several oil companies for facilitating the award of licenses for oil exploration in the Caspian Sea, a carefully structured, internationally managed, charitable foundation, the BOTA Foundation, was created to receive the funds and used them to improve the educational opportunities and life chances of Kazakhstan children and families. A similar option is under consideration for the return of a sizable portion of an $800 million bribe received by the daughter of the former president of Uzbekistan.

This same strategy has proved effective in handling the disposition of assets arising from other types of contested or complicated transactions, particularly where government-owned or controlled assets are being transferred to for-profit companies. Thus, 60 percent of the proceeds of the sale of the state-owned Volkswagen Company in 1960 went into the creation of the Volkswagen Foundation for support of German science, producing one of the leading foundations in Europe. When Spain’s cajas, or cooperative savings banks, were consolidated and transformed into for-profit institutions in the wake of the global financial crisis, the obra social, or social works, of the savings banks were preserved for common-good purposes by transferring the assets of the savings banks into a set of charitable foundations. This gave rise to Barcelona’s la Caixa Banking Foundation, at US$25 billion one of the largest independent charitable foundations in Europe delivering significant social, economic, and cultural benefits to the citizens of Spain and surrounding countries.

Transactions involving debt swaps, lotteries, mineral extraction, penalties for corporate misdeeds, sales or transformations of nonprofits, and now, potentially, even broadband spectrum auctions have also produced important charitable foundations. This has led to the recognition of a concept we call “philanthropication thru privatization,” or PtP, that keeps important public or quasi-public assets devoted to common-good purposes as transformations occur in the ownership or control of the assets in question.  To date, over 600 foundations embodying this concept have been identified globally, including some of the largest and most respected such institutions in the world.

A concept we call “philanthropication thru privatization,” or PtP, keeps important public or quasi-public assets devoted to common-good purposes as transformations occur in the ownership or control of the assets in question.

Applying this PtP concept to seed independent charitable foundations from recovered stolen assets has much to recommend it.  Properly structured and equipped with strong transparency and accountability mechanisms, such institutions can assure citizens that stolen resources will be used to serve citizen needs, not the bank accounts of corrupt politicians. In the process, they can encourage citizen assistance in combatting corruption, overcoming the tendency noted by anti-corruption activists like Daria Kaleniuk of Ukraine for popular support to “wither when assets are returned to governments under a cloud of suspicion, dashing people’s hope and trust.” Social re-use of the sort guaranteed by placing recovered stolen assets into independent charitable foundations can visibly show that confiscated assets are serving social justice, that “justice has defeated injustice,” as experts in Romania’s Center of Legal Resources has noted.

With America’s President threatening to cancel the Foreign Corrupt Practices Act, one of the major vehicles for anti-corruption legal action globally, and the UK eager to show that Brexit will not damage business, investing recovered stolen assets in independent foundations financially equipped to continue the battle against corruption has become more important than ever.  This answer to the question of where recovered stolen money should go thus deserves more focused attention and support.

Lester M. Salamon is a professor at the Johns Hopkins University and former Deputy Associate Director of the U.S. Office of Management and Budget. The author of over twenty books, he directs the Philanthropication thru Privatization Project, which examines ways to capture non-traditional assets to build charitable endowments.