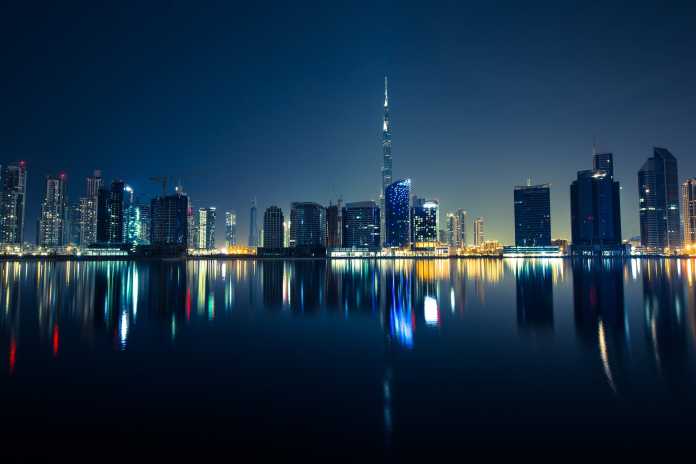 Dubai is a geographical success story like no other. In twenty years, its population has tripled and its GDP more than quadrupled. It has quickly become the face of international business, not to mention the face of luxury. Dubai is also home to a vast and steadily growing number of international businesses and global groups, including private jet providers Vista Global. So why exactly is Dubai so attractive for business?

Dubai has made world news time and time again with its significant investment in infrastructure. The Burj Khalifa remains the tallest man-made structure on the planet, while man-made islands and peninsulas represent the pinnacle of geographic engineering; the Palm Islands are instantly recognisable, providing temporary and permanent accommodation solutions in an eminently stylish fashion. These examples extreme, but represent well the city’s commitment to its infrastructure. Nothing is done by halves, and businesses can comfortably operate in the knowledge that their every need will be catered for. Dubai is a playground for new businesses.

Dubai as a city is uniquely placed for international business and trade, making it the perfect home for international businessmen and for businesses going global. Its seat on the coast of the United Arab Emirates is the centre of a triangle, the corners of which are Europe, Africa and Asia. As such, Dubai is a central point for ease of commerce with these three continents, maximising reach for businesses. It is also home to the largest harbour on the planet, which, coupled with its location by the Gulf of Oman, makes it the perfect port for maritime trade via the Arabian Sea.

Dubai is, essentially, a tax-free nation. Income tax is a non-existent levy on people and businesses in the city, though specific corporate and excise taxes are levied depending on the situation; for example, multi-national banks and oil companies are expected to pay corporate tax for operating within the city. The tax-free nature of the city makes it a haven for businesspeople to make their home, and make the most of their income.

Perhaps due to the tax-free status of the city, Dubai is a high-wealth state with an extremely high standard of living. As a lucrative environment for businesspeople, the city’s continued investment in infrastructure has led to the city joining ranks with New York and London as a desirable, luxury destination to stay – something which has attracted the attention of major luxury brands, who themselves have opened branches in the city.

All of the above has resulted in Dubai becoming not only an incredibly lucrative place to be, but also an incredibly enticing one. The promise of a high standard of living and high wage in one of the most luxurious cities on the planet draws considerable talent to the city, making it possible for businesses to build their dream team from a dream city.