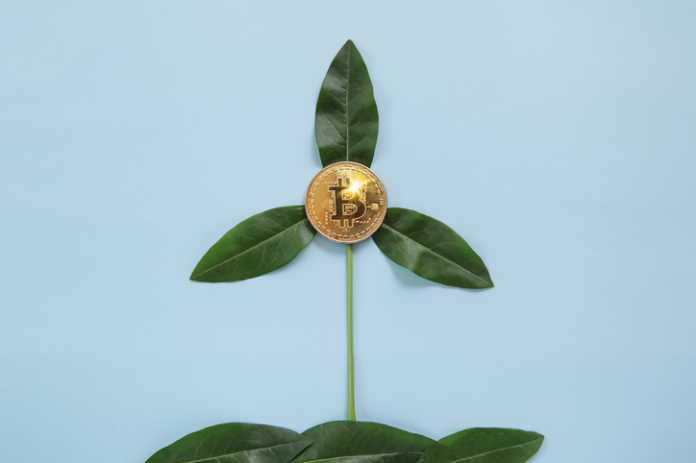 Bitcoin is one of the most profitable investment opportunities, often compared to Apple stocks in the 1980s or discovering oil deposits in your backyard in the last century.

The most common method of obtaining Bitcoin today is exchanging fiat currencies for it. However, it’s not the only way. Bitcoins can also be mined. Of course, the process doesn’t require picks, shovels, or sweating underground in a mining shaft. To understand it, we need to go over a few basic principles of the underlying technology.

A Modern and Transparent Payment Method

While Bitcoin certainly has a value that can be determined in dollars or other fiat currencies, it still mostly lacks recognition as a legal tender. It can be used to pay for goods and services, but you’ll need to look expressly for vendors who accept it. However, that number is growing every day as more people adopt Bitcoin as a modern payment method.

Bitcoin’s code is open-source, which means anyone can review it. That sort of transparency means there’s no hidden malicious code that would disrupt the trust in the cryptocurrency. Knowledgeable developer audiences can look at Bitcoin’s GitHub repository and see how the project is progressing under the hood.

Bitcoin’s official website describes Bitcoin as peer-to-peer open-source money. A P2P network is a structure without a central authority. In the case of Bitcoin, the network consists of nodes (basically, computers connected to the internet) that keep the network operational by storing the Bitcoin blockchain, verifying new transactions, and adding them to the blockchain.

But what is blockchain? It’s a type of database where information is stored in blocks, representing a shift from traditional SQL databases, where data is sorted in tables. Each block contains a reference that links it to the previous block and a relevant value the next block will use to position itself in the blockchain. This powerful technology is finding new use cases beyond cryptocurrencies every day, but in the context of Bitcoin, blockchain serves as a public ledger of all transactions made using the cryptocurrency.

Bitcoin miners perform the necessary task of serving as a neutral authority that keeps the system honest and operational. But how is this accomplished?

First of all, the miner has to verify new transactions in the block. This is the most straightforward part of the mining process. The second part is essentially a guessing game, where the miner’s computer needs to guess the correct numeric value of that new block. This value is represented in a 64-digit hexadecimal number, and guessing it requires a lot of computing power and special mining hardware.

When Satoshi Nakamoto conceptualized and launched Bitcoin, he envisaged a way of gradually increasing the difficulty of solving new blocks as more people joined the network. In Bitcoin’s early years, the hardware used for mining wasn’t more powerful than office laptops or average home PCs.

Nowadays, the hardware used in 2009 and 2010 wouldn’t be enough for mining Bitcoin. That’s why ASIC (Application-Specific Integrated Circuit) miners have been developed. These are specifically engineered computers with chips solely designed for hashing – solving functions that result in 64-digit hexadecimal hash values.

These computers are power-hungry and need anywhere between 2,000 W and 3,000 W to operate. Bitcoin mining profitability therefore heavily depends on the price of electricity, or on the possibility of using renewable energy sources, for example, solar panels.

ASIC miners are also quite expensive, going for thousands of dollars, and other than for mining Bitcoin, they’re not usable for anything else.

What makes this costly process profitable are the mining rewards. When a miner discovers a solution for the block, they receive a block reward of 6.25 BTC. In 2024, the reward is set to drop to 3.125 BTC. This is known as Bitcoin halving, and it started at the same time the Bitcoin project was launched. For example, the block reward in 2009 was 50 BTC per block. Considering that and the fact Bitcoin was minable with an average computer, we can conclude that the mining process has since changed drastically.

Nowadays, it’s almost impossible for a single miner to find the block solution on their own. Because of that, miners join up in mining pools and look for a block solution together. When a mining pool, like PEGA pool, finds a block solution, each miner receives a reward proportional to their computing power, often called “hash rate.”  Bitcoin mining can still be profitable, provided that you have access to cheap electricity.

The Future of Bitcoin Mining

In the next 10 years, almost 97% of BTC’s total supply will be mined. With Bitcoin block rewards dropping, the remaining 3% of Bitcoin is expected to be mined in 2140. With Bitcoin’s price increasing and nearly reaching its total cap, mining will likely still be profitable.

After the last Bitcoin is mined, the network will most likely operate on transaction fees. However, it’s still early to speculate, especially considering that nobody could predict the meteoric rise of Bitcoin in a much shorter period.