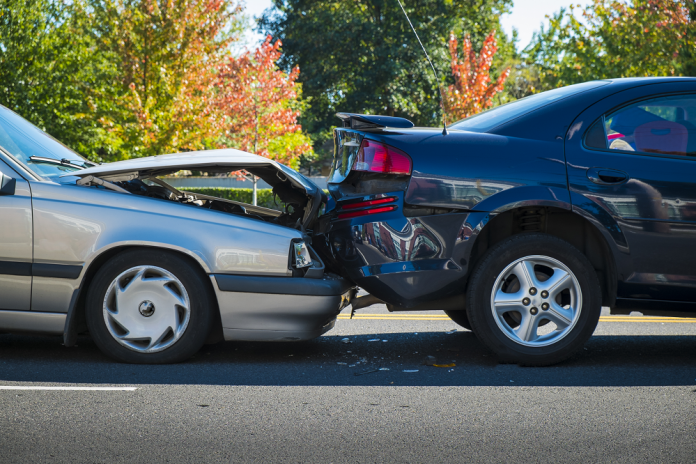 Not many people realize that ridesharing giant Uber was actually once a tiny startup here in the great state of California.

Uber changed the face of how the public gets their transportation needs met. But it is also changing the face of traffic law here in California and around the nation.

Each new ridesharing driver adds one more vehicle to the already crowded roadways. Lyft and Uber drivers are still first and foremost drivers.

As such, statistics tell us the average driver will be involved in one to three accidents during their driving years and ridesharing drivers are no exception to this.

Being involved in a ridesharing accident can be scary, confusing and time-consuming. If you have been involved in this type of auto accident, you may need a ridesharing personal injury lawyer to help resolve your insurance claims payout.

What Happens When a Ridesharing Driver Gets Into an Accident?

No one ever wakes up in the morning and thinks to themselves, “I bet that today I’m going to get into a traffic accident.”

And yet this happens to hundreds of people in California every day.

Every time you hire an Uber driver to transport you, there is the risk that driver will get into an accident while you are a passenger in their vehicle.

What makes this doubly difficult is that as a ridesharing passenger, you may not even be paying attention to the roads. And why should you be? You hired your Uber or Lyft driver to do that for you!

So when the accident does occur, it takes you by complete surprise. You don’t know what happened or who was at fault. You may have been talking on your phone or texting or reading or listening to a podcast or even taking a nap.

This is where getting your insurance claims paid promptly can really become a challenge. You will likely need to work with an Uber accident lawyer to get your claims paid and here is why. https://westcoasttriallawyers.com/ca/los-angeles-uber-and-lyft-accidents-lawyer/

Traffic Accident Insurance Claims Payouts Are Not Straightforward in California

California is one of only a small minority of states in the nation that administers traffic accident insurance claims payouts using a fault system.

Here, the word “fault” refers to assessing which driver(s) were at fault for causing a traffic accident.

There are three categories of fault:

Not only will California’s choice to use a fault system potentially delay your insurance claims payouts, it could even put you in the position of having to pay out of pocket for your own property and medical damages!

Ridesharing giants Uber and Lyft each carry a $1 million auto insurance policy that supposedly protects passengers in case any of their independent contractor drivers are involved in an auto accident.

This has been all over the news as of late and many ridesharing customers think this means they are automatically protected no matter what may happen while they are receiving a ride from a driver.

But this is not always the case here in the fault state of California.

A ridesharing driver can be in one of three so-called “periods” when they are behind the wheel of the vehicle they use to work for Uber or Lyft.

These periods are very important to know for auto insurance claims payouts.

Period one is when the ridesharing app is powered down. The driver is using the vehicle for personal reasons and is not seeking a passenger.

If an Uber driver has an accident that involves you, but they are in period one, the only recourse you will have for claims payouts is whatever personal auto insurance policy that driver may have elected to carry.

Sometimes the driver may not even have any auto insurance, in which case you will have to take action with the help of a personal injury lawyer to try to recover your expenses.

Period two is when the driver has powered on the ridesharing app. The driver is using the vehicle to work for Uber or Lyft and is actively seeking a passenger.

if an Uber driver has an accident during period two that involves you, then there is a much more limited auto insurance policy that may potentially cover any claims arising from that accident based on how California assesses fault for the purposes of claims payouts.

If an Uber driver has an accident while in period three that involves you, this is the only period which is covered by the full $1 million dollar auto insurance policy that Uber carries.

But here again, access to that policy is going to be governed by assessment of fault for the purposes of auto insurance claims payouts.

What If the Uber Driver Is Declared Not At Fault?

This is one of many complications that often triggers a call to one of our experienced ridesharing accident lawyer team members.

Insurance companies have claims adjusters who will assess percentage of fault. No insurance claims adjuster ever wants to have to tell their boss that their driver was declared at fault. So this battle can rage on for weeks or months as adjusters argue over who was at fault for causing the accident.

Meanwhile, if you sustained personal injury or property damage as a result of a ridesharing driver’s accidents on the road, your life is on hold while you wait for your claims to be settled and paid.

Even if the ridesharing driver is declared at fault, you can be sure the insurer (in this case, Uber or Lyft) will fight that declaration to avoid having to make a payout and watching their stock values plunge.

Working with an Uber accident lawyer can level the playing field and help you get your claims payout process moving forward again.

With ridesharing accident cases in particular, it is important to choose an experienced California traffic law attorney who is skilled at interpreting fault-based traffic law statutes and applying available precedents to expedite your claims payout.

Have You Been Hurt in a Ridesharing Accident? West Coast Trial Lawyers Can Help!

Ridesharing traffic law is a very new field and every single case can potentially change how all future insurance claims are processed and paid out.

Because there are very few legal precedents for traffic court judges to use for guidance, the ridesharing accident lawyer you choose is going to be vitally important to the outcome of your claim.

Have you been involved in a Lyft or Uber accident as a passenger or a bystander? Contact West Coast Trial Lawyers today to schedule your free no-obligation consultation with a skilled and experienced Uber accident lawyer.