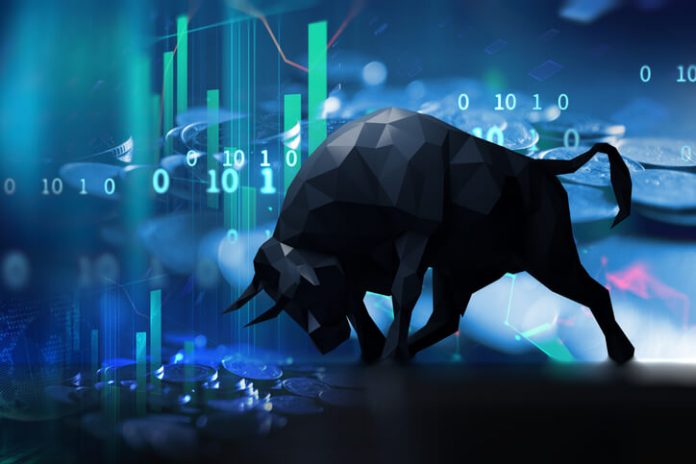 Because of its crash, some experts say that this may affect the global financial system and economy, as well. The main idea behind this is that nowadays several companies around the globe started to adopt and embrace cryptocurrencies. These companies may see some losses shortly because of the crypto crash. However, according to some experts, there is nothing to worry about considering the nature of the crypto market, which is quite volatile and fluctuates in a very short period. This process according to the analysts is temporary and it may lead to another crypto value skyrocketing.

When it comes to the link between crypto and a country’s economy there should be stated that countries can benefit from adopting cryptocurrencies. Those who are open to crypto networks have seen economic gains in the form of investment, new employment, and lower taxes in the past. The use of crypto as a digital asset provides businesses with access to new demographics and treasury management efficiency.

The cryptocurrency market, even though it’s a decentralized market, does have an impact on the countries’ economy. Let’s discuss some regions including the US and the UK.

Stablecoins, digital currencies whose value is tied to the value of conventional assets, have been recognized as a possible danger to financial stability by the US Federal Reserve, Treasury Department, and the International Financial Stability Board. Trades in other digital assets are the primary function of stablecoins.

It should be stated that even though the crypto market crashes, a growing number of investors include these digital currencies in their diverse portfolios. This is because many individuals use a strategy of swing trading with the help of Bitcode Prime and other AI-generated tools. This software allows traders to take advantage of the market volatility and price changes in the marketplace.

The investments of stablecoins are backed by assets that might lose value or become illiquid in times of market stress, while the regulations and disclosures around those assets and investors’ redemption rights are unclear. Regulators have warned that this might leave stablecoins vulnerable to a decline in investor trust, especially during times of market stress. A prominent stablecoin lost its 1:1 dollar peg on Monday and plunged as low as $0.67 on CoinGecko, reports CoinDesk. The price of bitcoin dropped as a result of this action. Despite the mechanism that keeps TerraUSD tied to the dollar, officials fear that investors running on stablecoins that hold reserves of assets like cash or commercial paper may cause stress in the existing financial system.

Regulators warn new dangers are arising as the value of crypto assets is increasingly related to corporate fortunes and conventional financial institution’s involvement in the asset class. Crypto derivatives and unhedged exposures might put financial institutions at risk, according to the Acting Comptroller of the Currency in March. This is because banks have very little historical pricing data when it comes to these products. There is still disagreement among authorities on how much of a financial system and societal impact a crypto-crash may have.

The British government hasn’t taken a position yet regarding the crypto crash. In light of Sam Bankman-Fried’s statements that bitcoin doesn’t have a future as a payment network and that most tokens out there have no visible value, it’s unclear just how much regulation of crypto is necessary if blockchain is to be used most effectively in the financial system. In terms of economic effect, because of the UK’s position about cryptocurrencies, it’s most likely that the crypto crash won’t have a big impact on the country’s economy.

Even though some businesses in the UK adopt crypto as a payment method, on a big scale, it won’t hurt the state’s economic condition. More likely, those investors that were involved so far in the crypto trading, will close their positions in the digital market and will invest them in stock, forex, or several other marketplaces, where fiat money is needed.

How The Cryptos Affect The Global Market

Consumers in the United States and the European Union may think of cryptocurrencies as a novelty, yet there are numerous nations where the national currencies are mishandled. Venezuela’s autocratic administration, for example, has become notorious for its rising inflation, which has resulted in poverty for millions of inhabitants without access to foreign currency. When it comes to frictionless transactions and inflation control, cryptocurrencies offer many advantages.

The cryptocurrency market makes it possible to hedge against risk, like precious commodities such as gold. For this precise reason, several bitcoin ETFs and ETNs have been created.

There are also those analysts who believe that a cryptocurrency fall might have a negative influence on the larger market, as to how mortgage-backed securities led to the global financial crisis. As of right now, the entire market value of all cryptocurrencies (between $1 and $2 trillion) is smaller than certain huge publicly traded firms, such as Meta (previously Facebook) or Amazon.com. The new and dynamic asset class of cryptocurrencies, however, has the potential to swing in any way. Even if many investors see cryptocurrencies as a way to speculate or as a way to protect themselves against inflation, the market’s scale will not pose a systemic concern until 2021.