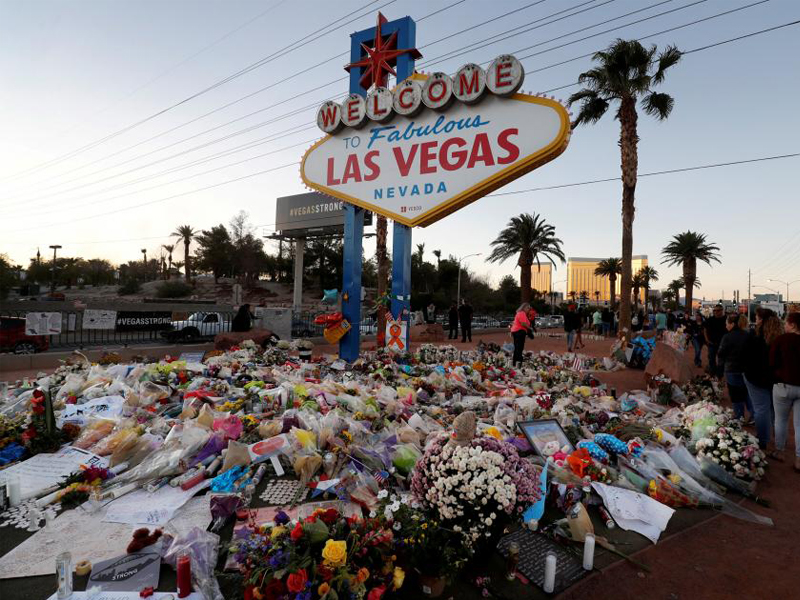 In this article, the author examines key elements defining mass shootings and the evolution of definitions over time. The article also scrutinises the characteristics of active shooters and the dynamics of these incidents. Finally, it looks at the impact of gun control regulation on the occurrence of mass shootings through the years and by comparison to other developed countries.

On Sunday October 1st 2017 an active shooter named Stephen Paddock, 64 years old, perpetrated the deadliest mass shooting in modern American history killing 58 persons and injuring more than 500 in Las Vegas. The criminal investigation showed that the shooter meticulously prepared the massacre by stockpiling multiple modified assault rifles and explosives, choosing the “perfect” shooting vantage point and planning an escape route.1 However, this tragic incident is not isolated and other active shooters have shown similar level of preparation in the past (for instance James Holmes, Aurora 2012; Eric Harris and Dylan Klebold, Columbine 1999). Once again, the Las Vegas mass shooting reignited the debate on gun control but what do we know about mass shootings? Are they getting worse? Can they be prevented? To answer these questions, this article will shed light on the phenomenon of mass shootings by examining existing academic researches and available government data. This article places an emphasis on the definition of mass shootings, their characteristics and dynamics as well as the ability of our society to prevent them.

What is Mass Shooting?

Mass shooting is an act of extreme violence in which an individual armed with one or several firearms engage in a shooting rampage killing and injuring random people.2 Randomness is an important aspect of a mass shooting because it differentiates these incidents from multiple casualties violence like familicides, hate crimes or gang violence, which target very specific groups of people and have different root causes. Mass shooting and act of terror are not the same either. Terrorism, also known as political violence, is motivated by a political or social cause. For instance, the terrorist attacks that happened in Orlando and San Bernardino used mass shooting as modus operandi as part of a broader strategy of jihadist terrorism. In these cases, mass shootings are a mean (violence) to end (political cause). The vast majority of mass shootings do not fall into this category because they are perpetrated by individuals that have more personal motives such as vengeance and frustration.

Characteristics and Frequency of Mass Shootings

In a study published in 2014,5 using the old definition of mass shooting that only includes incidents with four or more casualties, provides a descriptive analysis showing that mass shooting perpetrators were 35 years old on average and that their ages ranged from 13 to 66 years old. The vast majority of shooters are Caucasian and male (66% and 99% respectively). In 56% of the cases, signs of mental illness existed before the incidents occurred. It has been reported that 52% of the perpetrators committed suicide, that 17% were killed by police officers, that 30% were arrested, and that in only one case did a bystander stop the shooter by use of physical force (without a weapon). Regarding the weapons involved in these incidents, it has been established that in 59% of the cases, the perpetrators were carrying two or more firearms and that assault rifles were used in 26% of the cases. In 76% of the cases, the firearms were acquired legally through stores or private sales. The vast majority of the mass shootings happened in a closed environment, such as schools (16%), workplaces (29%), and commercial buildings like restaurants, shopping malls, or shops (23%). Finally, the total number of victims is established at 1090. More precisely, these incidents have caused 576 fatalities and 514 injuries between 1983 and 2013.

Another study completed by the FBI in 2014 and using the new definition with no restriction on casualties reveals similar findings.6 The report has identified 160 mass shooting incidents between 2000 and 2013, with a yearly average of 6.4 incidents. A total of 486 persons have been killed and 557 injured. The report also shows that mass shooting incidents are becoming more frequent in the last seven years of that period (2006-2013) with annual average of 16.4 incidents. This trend has also been corroborated by another study conducted by Harvard University researchers.7 The active shooters have committed suicide in the majority of these incidents (56%) or have been killed by law enforcement officers (28%). In 13% of incidents, unarmed citizens have been able to restrain the active shooter. In the remaining cases (3%), active shooters have surrendered to police officers. Finally, the majority of mass shootings incidents took place in commercial (45.6%) and educational environments (24.3%).

Can Mass Shootings Be Prevented?

During the period of the so-called “assault rifle ban” law (1994-2004), the number of mass shooting incident has reduced by 31% and the number of victims as a result of these incidents dropped by 45%.

It is a very difficult question to answer since these incidents are difficult to predict. However, available data and studies tend to indicate that, by adopting gun control laws that restrict the accessibility to certain types of firearms (assault rifles), limit the firepower (e.g. magazine capacity), and prohibits certain category of person to acquire firearms (children, criminals, mentally ill), mass shooting occurrence and the number of victims can be significantly reduced. For instance, the number of mass shootings in the United States and the number of fatalities associated with these incidents have reduced substantially under the Public Safety and Recreational Firearms Use Protection Act of 2004.8 More precisely, during the period of the so-called “assault rifle ban” law (1994-2004), the number of mass shooting incident has reduced by 31% and the number of victims as a result of these incidents dropped by 45% compared to the decades before (1983-1993) and after the ban period (2004-2013). Similar results have been found by other research.9 The relation between stricter gun control legislations and lower occurrence of mass shooting incidents and their associated death toll is not only verified in the United States but also exists in other developed countries. A study examining the impact of the National Firearm Agreement of 1996 and the National Handgun Control Agreement (2002) in Australia between 1981 and 2013 shows that a drastic decrease in mass shooting incidents happened after 1996. Only one incident happened in 2002 at Monash University compared to 13 mass shootings prior to 1996.10 In many other developed countries, strict gun control legislations are in effect for several years and they have experienced far less occurrence in mass shooting. In other words, stricter gun regulations may not guarantee zero mass shootings incidents but can substantially reduce their occurrence and save a significant number of lives.

Frederic Lemieux is Professor of the Practice and Faculty Director of the Master’s degree in Applied Intelligence at Georgetown University. He received his doctoral degree from the School of Criminology at the University of Montreal, Canada. During his academic career, Dr. Lemieux has studied violent crimes including terrorism and mass shooting. His research findings have been published in peer-reviewed journal and books.