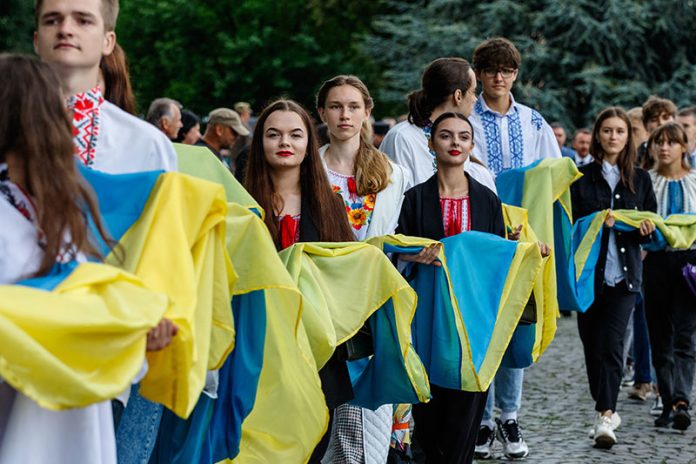 By Gerard Toal and Karina Korostelina

Ukraine’s recent counteroffensive success against Russian troops in the Kharkiv region has raised hopes that a larger rollback of occupying troops is at hand. But this remains a daunting task: Russia continues to occupy roughly one-fifth of the territory of Ukraine, including Crimea, which it unilaterally incorporated into the Russian Federation in 2014.

Victory, not peace, is the priority for Ukraine’s leadership, with President Volodymyr Zelenskyy declaring Ukraine will not give up any of its territories to end the war. But a time will come when peace will have to be made. And any agreement will need to be accepted not only by the leaders but by the Ukrainian people if it is to hold. As such, it is important to know what terms of settlement are acceptable – and perhaps more importantly, unacceptable – to ordinary Ukrainians, especially those living in front-line areas or displaced by Russia’s invasion.

To understand what an acceptable peace looks like to significantly war-affected Ukrainians, we organized a face-to-face survey of over 1,800 Ukrainians. The Kyiv International Institute of Sociology administered the survey for us in July 2022. Around half of respondents were local residents in three Ukrainian-controlled towns close to active front-line fighting: Dnipro, Zaporizhzhia and Poltava. The other half comprised people internally displaced by the war who were sheltering in these towns.

Here are three key takeaways from the survey:

1. Having a strong state that can defend territory is a top priority

Our survey asked respondents an open question about what their goals were for Ukraine after the war, with the responses organized by the Kyiv International Institute of Sociology into categories unseen by respondents.

More than half indicated that creating a peaceful and prosperous state was a top priority. Many saw the means to achieve this through military strength, with a third stating that having Ukraine emerge as a strong state with a large military that could defend its territory was their postwar aspiration for their country.

Slightly fewer mentioned Ukraine being a sovereign state able to make its own independent decisions as important, while 28.3% included Ukraine having full control over all its territories among their responses. More than a quarter mentioned having a state free of corruption as an important goal.

Existing government policy aspirations attracted some support. Around 1 in 5 mentioned Ukraine becoming a member of the European Union, though only 13.1% mentioned NATO membership.

Even Ukraine being a democratic state fell lower down as a priority, with just 14.1% mentioning it as a top goal.

Our survey suggests that peace, state strength and territorial integrity rather than geopolitical status or democracy are on the minds of front-line Ukrainians today.

We also presented a series of potential war outcomes to respondents and asked them whether they found these acceptable if it meant peace. Most of these scenarios generated strong feelings, with the category “absolutely not acceptable” the most frequently used.

The scenario most vehemently rejected by respondents is one in which Ukraine loses its right to determine its future in return for an end of hostilities. Yet opinion is less emphatic when it comes to the hypothetical ending of Ukraine’s aspirations of joining Western organizations. An outcome where Ukraine ends its quest for NATO membership in return for peace is absolutely unacceptable to 46% of respondents. The figure for giving up on European Union membership is 55.9%. These figures are still high, of course.

And while we found solid majorities rejecting territorial concessions in return for peace, the front-line Ukrainians we surveyed were less vehement when it came to concessions over Crimea than the Donbas, with 58.4% and 67% of respondents finding it “absolutely unacceptable” to concede the regions, respectively.

When presented with hypothetical deals in which Russia offers financial compensation or a formal apology but keeps seized Ukrainian lands, more than 80% of respondents said that such an outcome was “absolutely unacceptable.”

In a different question, respondents overwhelmingly agreed that most Ukrainians see their national territory as sacred.

3. When it comes to negotiations, the messenger matters

As well as asking front-line Ukrainians what is acceptable or not acceptable in any peace settlement, we also wanted to see if their support for negotiations would be affected by who was advocating it.

So we ran an experiment to test the power of different potential endorsers of negotiations toward a complete ceasefire in the war.

The survey participants were randomly assigned to three groups. The first group was simply asked, “How much do you support negotiations with Russia on a complete ceasefire in this war?”

The second group was asked the same, but also exposed to a made-up statement in which Zelenskyy stressed the importance of negotiations to prevent further soldier and civilian deaths. A third group was shown a similar endorsement, but this time it came from the leaders of the EU and the U.S.

The group not shown any endorsement backed negotiations by 46%. This jumped to 54% support among respondents who were shown the fictional endorsement by Zelenskyy. Interestingly, there was a small decrease in the support of ceasefire negotiations – down to 42% – when the messengers were leaders of the EU and the U.S.

The results suggest that the support of the Ukrainian leadership for a ceasefire negotiation is much more important than international pressure. Indeed, our survey indicates that Western leaders publicly pushing negotiations might induce a backfire effect.

Taking on the voice of front-line Ukrainians

Although not nationally representative – our survey focused on those displaced by war and close to active front lines – the views presented by respondents provide insight into what is important and currently unacceptable to war-afflicted Ukrainians. Those more distant from the front lines and without direct experience of displacement may have even more emphatic views.

Ukraine’s leadership is in no mood to talk peace with Russia at the moment. But negotiations will be needed at some point. Paying close attention to the views of ordinary Ukrainians is vital, for any proposed peace settlement requires their general consent to have a chance of taking hold and enduring.

This article was originally published in The Conversation on 15 September. 2022. It can be accessed here: https://theconversation.com/we-asked-ukrainians-living-on-the-front-lines-what-was-an-acceptable-peace-heres-what-they-told-us-190397

Gerard Toal is a Political Geographer, and the author of three books — Near Abroad: Putin, the West and the Contest for Ukraine and the Caucasus (Oxford 2017), Bosnia Remade: Ethnic Cleansing and its Reversal (co-authored with Carl T. Dahlman) (Oxford, 2011) and Critical Geopolitics (Univ of Minnesota Press, 1996) — and a hundred plus peer-reviewed articles and other works on global political geography, de facto states, secessionism, US foreign policy, and geopolitics. My new book is Oceans Rise Empires Fall: Why Geopolitics Hastens Climate Catastrophe (Oxford University Press, 2023).

Karina V. Korostelina is a Professor and Director of the Program on Prevention of Mass Violence and the Program on History, Memory, and Conflict at the School for Conflict Analysis and Resolution, GMU. Professor Korostelina is a social psychologist whose work focuses on social identity and dynamics of identity and power in protracted social conflicts. Within this theoretical framework, she conducts research in several areas: (1) social identity and identity-based conflicts, including mass violence and civilian devastation, the nation-building processes, conflict resolution and peacebuilding in post-conflict societies; (2) the role of history in conflict and post-conflict societies and reconciliation; and (3) resilience in communities affected by chronic conflict and violence and critical infrastructure resilience.