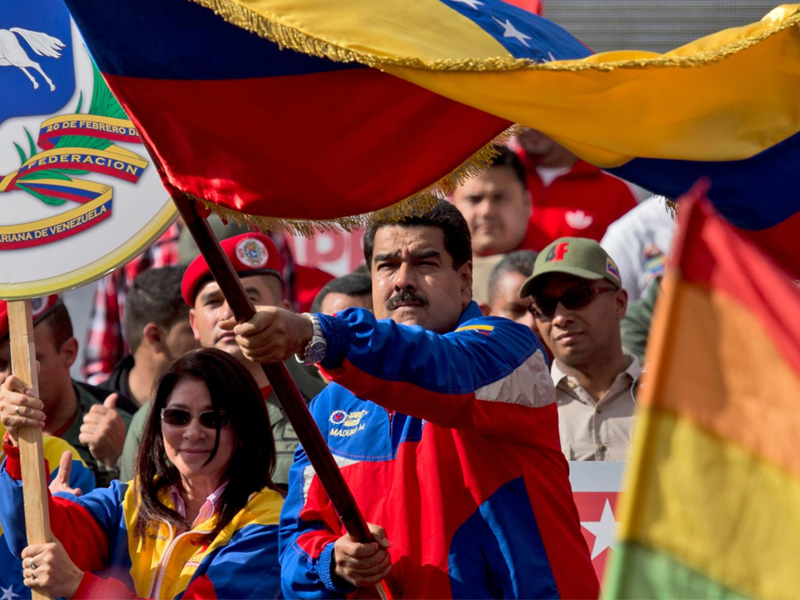 Venezuela is arguably the only true democracy in the western world. In this article, Peter Koenig elaborates on the western world’s “demonisation” of countries that do not conform to the rules of empire, truths hidden by main stream media, and more.

On 8 of June, I had the privilege to attend a press conference hosted by the Venezuelan Ambassador in Bern, Switzerland. The purpose of the press conference was to clarify the current highly misrepresented situation in Venezuela, as well as explaining the process of electing a new National Constitutional Assembly (Asamblea Nacional Constituyente – ANC) on July 30, 2017.

In his hour-long presentation, the Ambassador introduced the issues at stake by explaining that Venezuela today has the largest known oil reserves in the world and the fourth largest deposits of gas; that the US is importing 60% of its lush energy use (a distant first of the globe’s per capita energy users), mostly from the Middle East, where it is subject to long and costly transport (40-45 days), and to many risk factors, including the Gulf of Hormuz, controlled by Iran, where today about one third of all the world’s petrol must pass through.

By contrast, shipments of petroleum from Venezuela across the Caribbean to the refineries in Texas take only 4-5 days.

This is the main reason why Venezuela is in the White House’s crosshairs, plus, of course, the fact that for Washington it is totally intolerable to have a sovereign socialist Republic in its “backyard” – and so close, the same syndrome applies also for Cuba, a genuinely successful socialist nation, having survived almost sixty years of atrocious and criminal American strangulation. There is no tolerance for sovereign independent countries that do not bend to the dictate of the United States and her behind the scene handlers.

The Ambassador then went on explaining the process of the upcoming election of the National Constitutional Assembly (ANC). He described the process of direct democracy, where Venezuelans elect their delegates by region and by sector, and where of course, the opposition was also supposed to participate, although the opposition’s leadership has already declared they would boycott the process.

There is no tolerance for sovereign independent countries that do not bend to the dictate of the United States and her behind the scene handlers.

The elected new ANC would then be called to amend the Constitution of 1999, to adapt it to today’s circumstances. The current Constitution was approved in a similar democratic process by the people and sanctioned by the ANC one year after President Hugo Chavez Frias became President in 1998. The 1999 Constitution is still valid and adhered to until this day.