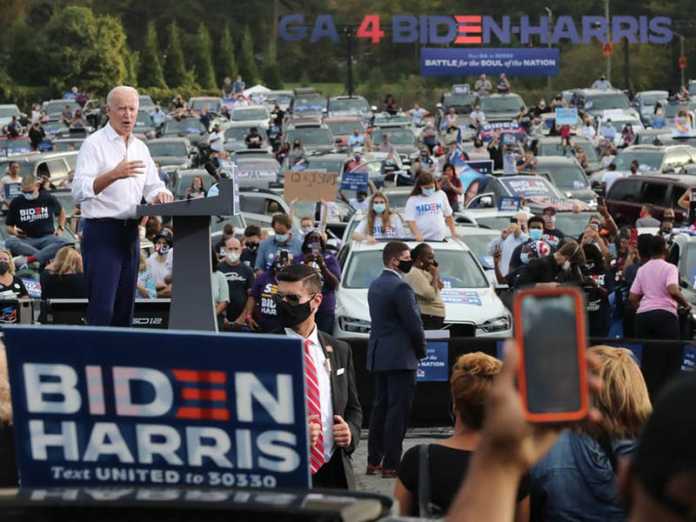 With at least 94 million early votes cast by the eve of US election day, Americans are engaged in a highly contested election for the president, one third of the Senate, and all of the House of Representatives.

The outbreak and spread of the COVID-19 pandemic has fundamentally disrupted the US economy, society, and political landscape, as well as increased many risks around the conduct of a genuine and transparent election.

The economy has seen large fluctuations in quarterly growth rates, a fall in family income, and a rise in unemployment, while at the same time a buoyant stock market, despite a rocky ride in the week before the election, provides hope for recovery. The campaigns have spent more than US$1 billion to reach voters in battleground states. Analysis of the “poll of polls” shows Democratic candidate Joe Biden with more than a 8-point lead over Republican president, Donald Trump.

But despite the abnormalities of the 2020 election cycle, as in many previous races, the result will hang on what happens in a select bunch of key swing states.

At least 94 million people have voted in the 2020 general election 🥳https://t.co/s8K2xFDeSA pic.twitter.com/DAyoI1bmtB

The Trump victory in 2016 came late on election day and rested on securing the electoral votes from swing states, which have high voter volatility and demographic diversity, often making them too close to call. While different states come into play in different election cycles, swing states for the 2020 election include Arizona, Florida, Georgia, Iowa, Michigan, Minnesota, North Carolina, Ohio, Pennsylvania, Texas and Wisconsin.

Four years ago, Trump held rallies across these states and carried all but one of them (Minnesota). The electoral landscape in 2020 looks different, with three “toss-up” states (Florida, Georgia, and Texas), six Biden-leaning states (Arizona, Michigan, Minnesota, North Carolina, Pennsylvania, and Wisconsin), and two Trump-leaning states (Iowa and Ohio).

Swing state dominance, coupled with the control of safer states, put the electoral odds in Biden’s favour. Early voting, mail-in voting, and different costs of votingthat can affect turnout – including registration, poll opening times and how accessible polling is – means there is still much to be revealed on election day. Here are six states worth keeping an eye on.

Harrisburg, Pennsylvania, where I was born, voted for Hillary Clinton in 2016, but now shows a strong preference for Trump along with other rural and working class areas in the state, while cities such as Philadelphia and Pittsburgh are polling well for the Democrats. It was also a state where exit polls showed Trump had support from 50% of white women in 2016.

Pennsylvania has 20 electoral college votes, which Trump won in 2016 with a 0.78% margin. For 2020, Biden carries a lead in the polls and has gained ground over the course of the campaign, a surprising struggle given he comes from Scranton, a city in the northeast with over 75,000 people, and from a state that voted for the Democrats between 1992 and 2016. Attempts to get the Supreme Court to rule out the planned extension of a mail-in ballot deadline until November 6, if the vote was postmarked by election day, have been rejected for reasons of time.

Arizona is a sunbelt and border state, which has voted Republican since 1957, except when Bill Clinton won it in 1996. Large demographic shifts and migration of people from California, as well as the presence of the oft-attacked McCain dynasty have changed the political complexion of the state. 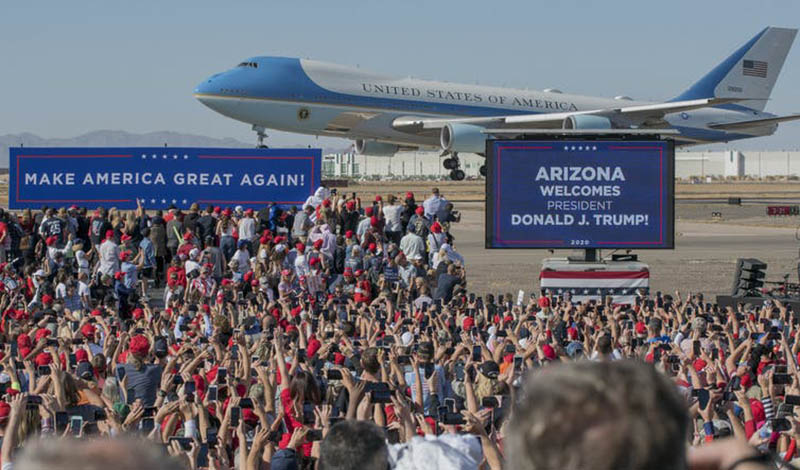 Biden heads into November 3 with a lead in the polls in Arizona, which has 11 electoral votes. Meanwhile, the “independent” Democratic candidate Mark Kelly is leading in his Senate race against incumbent Republican Martha McSally.

In Texas, Biden is neck and neck with Trump in a traditionally Republican state that shares a long border with Mexico – a focal point for Trump’s promise to build a wall – and a strong cohort of Latino Republican voters. With 38 electoral college votes at stake, the state has been a reliable stronghold for Trump, who will likely win by a whisker.

With 29 electoral college votes up for grabs, the race in the Sunshine State is very tight. Florida was a site of Democratic success in the 2018 midterms, but is also led by a Republican governor. The state is notorious for the “hanging chad” ballot problem central to the contested 2000 Bush-Gore election which resulted in the US Supreme Court deciding the election. This foreshadows ongoing debates over how people actually vote.

Trump has made the state his home, and enjoys support among Cuban and Venezuelan Americans there. Both campaigns have sought to woo voters with Trump rallies, Biden events, and a visit from Barack Obama in Miami and Orlando. St. Petersburg and Tampa have voted Democrat in past elections, and a recent Reuters/Ipsos poll puts both candidates in a statistical dead heat. 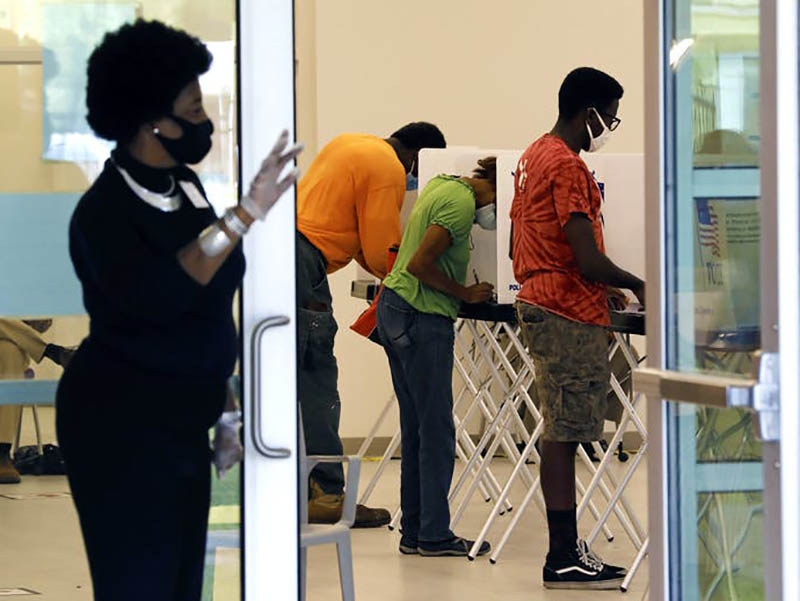 One of the original colonies, part of the “old south”, Georgia has participated in all elections since the founding (with the exception of 1864 during its secession). It was a Democratic stronghold until 1972, when it flipped Republican. Biden has a slight lead, but like Florida, the margin of error in polling suggests that the state is still in toss-up territory.

Known for its cheese production and Miller beer (since 1855), Wisconsin has ten electoral votes. Trump won the state in 2016 with only a 0.7% margin in the popular vote. Biden leads by over an average of 6% (in one poll by 17%) and is likely to take the state in 2020. Unlike in Pennsylvania, a few days before polling day, the Supreme Court ruled that the state’s decision to extend the election by six days could not be upheld and that only those ballots received by the deadline would be counted, as it is done in over 30 other states.

The last days of the campaign saw both candidates criss-crossing the country to garner support. On election night, all eyes will be on these swing states, with both sides matching polling data to electoral returns, and waiting for any last minute surprises. Given the underlying data, the election is now Biden’s to lose, and these battleground states will be critical to the outcome, the confirmation of which may take several days after the election.

Todd Landman is a Professor of Political Science and Pro Vice Chancellor of the Social Sciences at the University of Nottingham. He researches, teaches, and publishes on significant problems and methods associated with development, democracy and human rights.