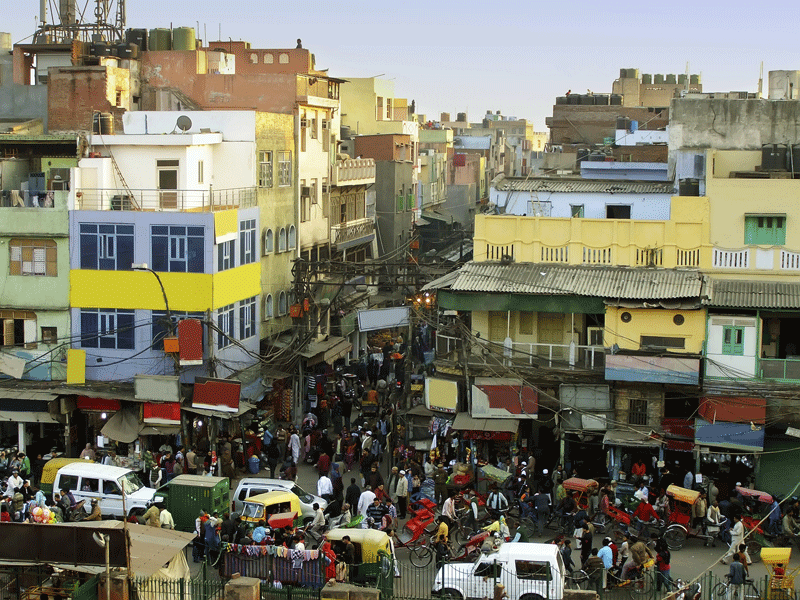 Below, Arvind Panagariya, Pinaki Chakraborty and M. Govinda Rao give a detailed account of India’s vast need for urban development, and suggest there are important governance issues surrounding the need to bring India into the 21st century.

Rapid growth often concentrates in the existing urban agglomerations. Alternatively, when such growth occurs in areas that were previously rural or semi-urban, it quickly urbanizes them. Urban population in India has come to increasingly concentrate in the class I cities defined as those with 100,000 or more people. The number of these cities rose from just 77 in 1951 to 468 in 2011, with their share in urban population rising from 45% to 70% over the same period. India has three mega cities defined as those having populations of 10 million or more: Mumbai, Delhi, and Kolkata, which were home to 18.4, 16.3, and 14.1 million people in 2011. Given the crucial role of cities and towns as centers of economic activity and agents of economic transformation, the importance of well-functioning life in them and their orderly growth can be scarcely underestimated.

Bigger Indian cities suffer from acute shortage of space. A comparison of Mumbai and Shanghai best illustrates this shortage. In 2009, Mumbai residents on average had just 4.5 square meters of space per person. In 1984, Shanghai suffered even worse space situation with only 3.65 square meters per person. But then the Shanghai Municipality decided to make raising space availability its top priority. It decided to make liberal use of the principal instrument at its disposal: letting space be created vertically by allowing taller and taller buildings. By 2010, the city could boast of having raised the available space to 34 square meters per person.1 The second source of land shortage in the cities around India has been exceptionally low floor space index (FSI), also called the Floor Area Ratio. As technological improvements have made it possible to build safe taller structures, the FSI in most large cities in the CBD [Central Business District] has risen over time. An unintended consequence of the extra low FSI has been the lack of rebuilding of tall buildings built prior to the introduction of the regulation. Recognizing that the FSI would force the loss of several floors if the building were rebuilt, owners have chosen to let the dilapidated building stand even though they run the risk of collapse and it would make perfect economic sense to rebuild it provided the existing floor space were permitted. The third factor adding to the land shortage in coastal cities such as Mumbai is the highly restrictive nature of Coastal Zone Regulations. These regulations forbid construction within 500 meters from the high tide zone. Coastal land is highly valuable for building properties that would attract high-end tourism. It is also a source of high-value housing that can further help relieve the overall shortage of land. Fourth, the presence of overly tenant-friendly rental laws including rent control also adversely impacts the availability of residential and office space. Although reforms have taken place over the last 15 years in several states including Karnataka, Rajasthan, Maharashtra, and the union territory of Delhi, overall the laws still continue to be favorable to the tenant. The reform has typically permitted 4% to 5% rent increase annually. The result is the proliferation of empty flats in the face of massive shortage of rental properties. The fifth factor adding to land shortage is the existence of myriad regulations that limit the supply of land as well as hinder its efficient use. Efficient use of urban land often involves its conversion from one use to another, warehouses may have to be converted into office space, declining factories into housing and agricultural land on the periphery of the city into factory space.