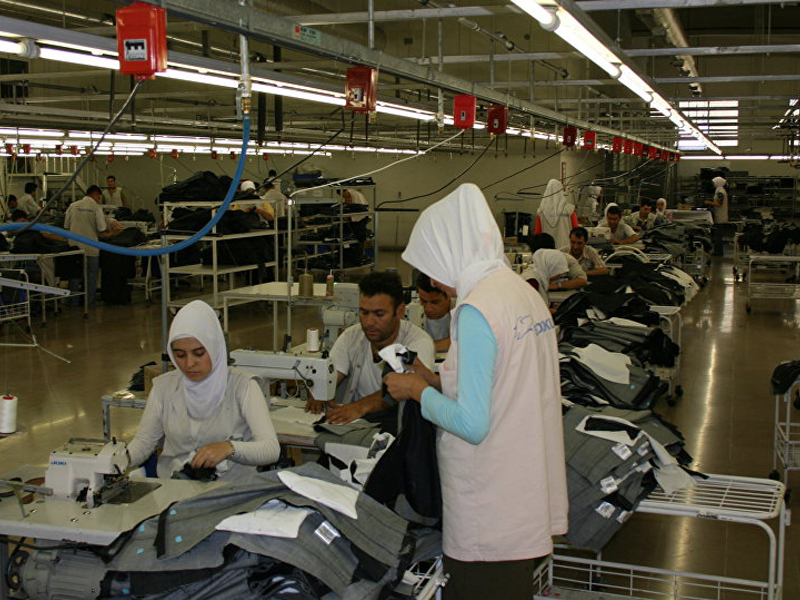 Khaled Habib moved from his hometown of Hama, Syria to Kalamoun, Lebanon in 2011 to escape the violence and destruction brought by the Syrian civil war. He was interviewed in 2013 for a special report by Kevin Sullivan and the Washington Post on Syrian refugees.1 Habib described his family’s downward spiral noting the violence in and around the city that forced him to leave the technical school training program he attended as well as the farming life he led. The violence grew so severe that he and his family fled their home and left their middle class life. Habib and his family traveled first to Balamand, Lebanon to escape the violence that had consumed Hama. Later, they continued onto Kalamoun where they were able to find housing. Habib settled with his family, married and began a family of his own with his wife. The couple and Habib’s family coped with the limited resources in Kalamoun as best as they could. They feared that they might lose the housing they had found in an abandoned mall and struggled daily to find work. With few signs of peace on the horizon, Habib and his family make do but fear that they may not be able to cover their expenses including rent, heat and food.

Khaled Habib’s story and his family’s experiences should not be a surprise. The life of a refugee is not easy as I document in The Cultures of Migration.2 Insecurities and violence are important forces that drive refugees to make decisions in situations that are difficult at best. Surrounded by violence that threatens survival and limits the ability to meet such basic needs as food and shelter, people often chose to leave their homes in search of the tranquility they have lost. And while most people will elect to relocate within their country of origin; for others, the decision to leave and exit their nation though difficult and expensive is the only choice left.

Jeffrey H. Cohen is a professor of anthropology at the Ohio State University.  His research on migration, remittances and economic development is supported by the National Science Foundation, Russell Sage, National Geographic, the Fulbright program and TUBITAK, the Scientific and Technological Research Council of Turkey. His books include Cultures of Mig

ration: the Global Nature of Contemporary Mobility named an Outstanding Academic Title by Choice Reviews and most recently Eating Soup without a Spoon: Anthropological Theory and Method in the Real World. He is co-editor of Global Remittance Practices and Migration during the Economic Crisis and Beyond published by the World Bank.

References
1. http://www.washingtonpost.com/sf/syrian-refugees/2013/12/02/downwardly-mobile/. Khaled Habib’s story is one of 18 documented in the series, Refuge, by Kevin Sullivan and photographer Linda Davidson. For the full series, see http://www.washingtonpost.com/sf/syrian-refugees/story/refuge/.
2. Jeffrey H. Cohen and Ibrahim Sirkeci (2011). The Cultures of Migration: the global nature of contemporary mobility. Austin: University of Texas Press (http://utpress.utexas.edu/index.php/books/cohmig) and see Tahir Zaman (2016) Islamic Traditions of Refuge in the Crises of Iraq and Syria. New York: Palgrave.
3. http://www.internal-displacement.org/middle-east-and-north-africa/syria/.
4. http://data.unhcr.org/syrianrefugees/regional.php.
5. While there is a fear that Syrian refugees will overwhelm Europe and certainly there are many Syrians who hope to arrive in Germany, only about 10% of the Syrians displaced by the war are making the risking trip to Europe. See http://qz.com/567469/germany-is-taking-in-more-refugees-in-2015-than-the-us-has-in-the-past-10-years/ and https://www.mercycorps.org/articles/iraq-jordan-lebanon-syria-turkey/quick-facts-what-you-need-know-about-syria-crisis as well as Riley M. Townsend (2015). The European Migrant Crisis. Lulu Press for details on the numbers of migrants and refugees moving through Europe as well as the reactions of the leadership of many key countries in the region.
6. For a discussion of where Syrian refugees are, see “where have 4.8 million Syrian refugees gone?” in The Conversation at https://theconversation.com/where-have-4-8-million-syrian-refugees-gone-57968
7. The World Bank notes that about 20% of the refugees are not only under 18 years of age but no more than 4 years of age, see: http://www.worldbank.org/en/news/feature/2015/12/16/welfare-syrian

mental-health-needs-syrian-refugee-children
14. See the summary at http://www.fmreview.org/syria/james-sovcik-garoff-abbasi.html#_edn1
15. And the full report by the International Medical Corps, World Health Organization, Jordan Ministry of Health and EMPHNET (July 2013) Assessment of Mental Health and Psychosocial Needs of Displaced Syrians in Jordan http://tinyurl.com/MHPSS-syrians-in-jordan-2013
16. http://www.doctorswithoutborders.org/news-stories/voice-field/we-spend-