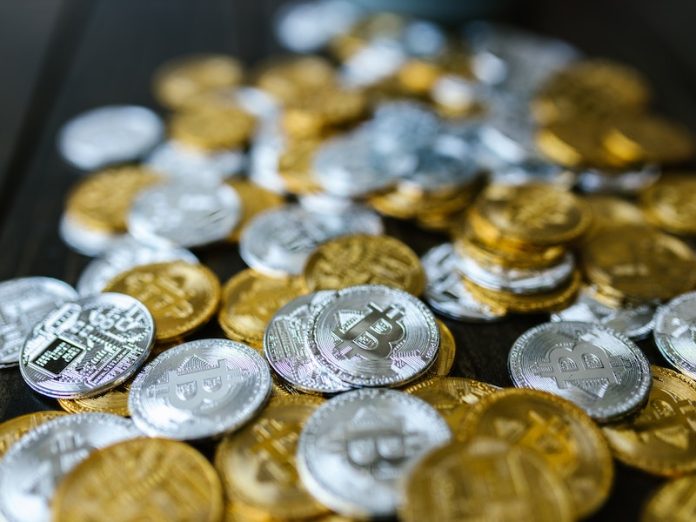 In the world of cryptocurrency, there are plenty of opportunities for investors to gain a quick buck. There are currently more than 7800 cryptocurrencies available on Coinmarketcap, with new ones launching almost every day. With so many different digital coins and tokens available, it can be tricky to know where to begin. Some are more popular than others but that doesn’t mean they can’t be a good investment opportunity.

Every cryptocurrency comes with risks but some small-cap tokens offer great returns for investors .If you like reading articles like these, world financial review is just a click away and hosts many of the top financial trends in the world.

We will be taking a look at some of the most underrated and undervalued cryptocurrencies that are worth keeping an eye on. Each of these has the potential to grow substantially in value over time.

Ripple is one of the most promising cryptocurrencies on the market right now. It is a real-time gross settlement system (RTGS), currency exchange, and remittance network. The network can be used to transfer almost any type of asset, including fiat currencies and commodities.

The Ripple network is used by banks and financial institutions to increase the speed and efficiency of cross-border payments. Ripple has recently partnered with American Express to create a new pilot program for business-to-business payments.

The company has also partnered with MoneyGram to help increase the speed and efficiency of money transfers worldwide. Ripple is currently the fourth-largest cryptocurrency in terms of market cap. It has a significant amount of room for growth and could be a very lucrative investment in the future.

Neo is often referred to as China’s version of Ethereum. It is a blockchain platform that is designed for use by developers for creating decentralized applications. Many people believe that Neo could overtake Ethereum as the leading platform for creating new cryptocurrencies. The company recently went through a major rebranding effort and has been growing very quickly.

Some analysts believe that Neo could eventually be worth as much as $30. Neo has a strong team of developers and is being used by some of the largest companies in Asia, including the Chinese government. This suggests that the token could be used in a wide variety of industries in the future.

Neo offers a lot of advantages over Ethereum but it is currently significantly less valuable. This gives investors who are looking to make a short-term investment an opportunity to make a very substantial return.

Stellar Lumens is a company that was founded by former Ripple employees. It was created in 2014 to help facilitate cross-border payments between banks and financial institutions. Stellar functions similarly to Ripple but it is being used by a wider variety of institutions around the world.

This includes MoneyGram, Central Banks, and the Department of Financial Services in the state of New York. The company has a strong team of developers and is being used by some of the largest companies in the financial sector.

This suggests that Stellar could be used for cross-border payments in a variety of industries in the future. Stellar is currently the eighth largest cryptocurrency in terms of the total value. It has a lot of room for growth and could be a very lucrative investment in the future.

The token is one of the most secure and anonymous cryptocurrencies in the world. It is also worth noting that Zcash is mineable. This means that users can go to a special internet browser to mine coins through a process called proof of work.

One of the reasons people like Dogecoin is because it looks like the real Doge meme and has been endorsed by Dogecoin co-founder Jackson Palmer. The other reason is that it is designed to be donated to charity, which means there is less opportunity for profit.

To donate to dog adoption groups, you can use Dogewallet or AdoptionPledge. If you want to donate to a specific cause, you can donate directly to an organization like Best Friends Animal Society or search for your local group on Petfinder. While the community behind Dogecoin is small, there are plans to make it more accessible to the general public.

It has been added to Coinbase, where anyone can buy and sell Dogecoins with a bank account or debit card. This would make it easier for people who are not familiar with crypto to get involved.

Dash is a decentralized open-source blockchain network that was created to facilitate the creation of decentralized autonomous organizations (DAOs). This is a unique feature of the Dash network that is not available on other cryptocurrencies.

Dash is currently being used by a wide variety of businesses, including large corporations such as Amazon and McDonald’s. Dash is a token that is worth keeping an eye on as it has the potential to grow significantly in value over time. This makes Dash a very attractive investment opportunity for cryptocurrency traders.

This means that transactions are processed much quicker and can be confirmed almost instantly. Like other cryptocurrencies, Bitcoin Cash has a limited supply of coins. Once 21 million have been mined, that will be the end of the network. This could cause the value of the token to increase significantly as there will be less of a supply.

The Ethereum Classic network has no smart contracts, which means that it cannot be used to create the same wide variety of applications and services as Ethereum. Ethereum Classic was created after a significant hack and scandal rocked the Ethereum network.

Many cryptocurrencies are worth keeping an eye on. Some of the best options are Ripple, Neo, Stellar Lumens, Zcash, Dogecoin, Dash, Bitcoin Cash, and Ethereum Classic. These cryptos have the potential to grow substantially in value over time because they are being used by some major corporations and financial institutions.

If you know there is a sure winner that has many of your friends raking in the money, a good idea to facilitate funds would be to look at credit options. Examples such as CreditNinja can help you grab a loan when the time is right since crypto is known as the perfect investment to cover short term profits.