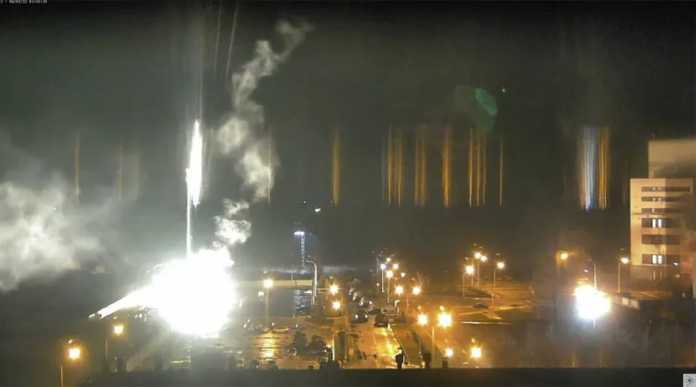 Following recent news of Russian shelling of Zaporizhzhia nuclear power plant in southern Ukraine, which is the largest in Europe, there is great concern over the potential for a Chernobyl-esque release of radioactive material. Several security personnel at the plant were injured by the attack.

With six large nuclear power reactors, there is a significant quantity of nuclear material at the site. While these are not the same type of reactor as those at the Chernobyl plant, and are of a much safer design, this does not make them any less vulnerable to weapons of war.

The building which suffered the attack and ensuing fire was located approximately 500 metres from the block of six reactors. It contained no nuclear material, as it was used solely for training and administration purposes. No increase in radiation levels has been detected.

While Ukrainian staff remain in control of the reactors, Russian forces have effectively taken control of the wider power plant. From CCTV footage, this does not seem to have been an accidental strike, but a deliberate attack. The Russian forces are sending a message – they can attack the plant at any time, but for the moment are choosing not to do so. The fire may have been quickly extinguished, but the threat of what could come next looms larger than ever.

The situation is almost unprecedented. Nuclear materials have previously fallen under threat of attack during times of armed conflict, as they did during Israel’s bombing of a secret Syrian reactor. However, as the Syrian reactor was still under construction at the time and nuclear fuel had yet to be loaded, we are effectively in uncharted waters.

This is a threat that I myself, only a few days ago, thought highly unlikely. To attack a nuclear power plant, especially one so close to one’s own territory, is a highly risky strategy. The negative consequences are likely to far outweigh any potential benefits. However, experts such as myself have consistently been proved wrong when assessing what Vladimir Putin will and will not do.

At the time of the attack, only one of the six reactors was operating: Unit 4 at 60% power. All other units were either already shut down for maintenance or in a low-power standby state. The plant is thus continuing to operate as normal to some extent, albeit in the most abnormal of circumstances.

Unfortunately, Ukraine’s nuclear power plants remain at risk. Even shutting down a nuclear reactor does not immediately render it safe. Once nuclear fuel has been placed into a reactor, it will continue to generate its own heat long after shutdown. Older reactors, such as those in Ukraine, require active measures to maintain the fuel in a safe state. Water must be circulated in storage pools and the reactor even after shutdown, which means a source of electricity is required, as well as staff to monitor and manage the plant.

While the power required for this can be provided by Unit 4, trained operators will still require ready access to the site to assure this, and access to cooling water taken from the Dnieper River. Without this cooling, a range of accident scenarios can occur, from a nuclear fuel meltdown to a reactor core explosion.

If Unit 4 were to be shut down, the required electricity would have to be brought in from off site. However, in the current situation, off-site power may not be reliable, or even available. Furthermore, once a nuclear plant is shut down, it cannot be restarted for several days. As such, shutting down the plant would make it dependent on a potentially unreliable source of power to maintain safety functions. This being the case, keeping Unit 4 operational in a low power state may be the best course of action. 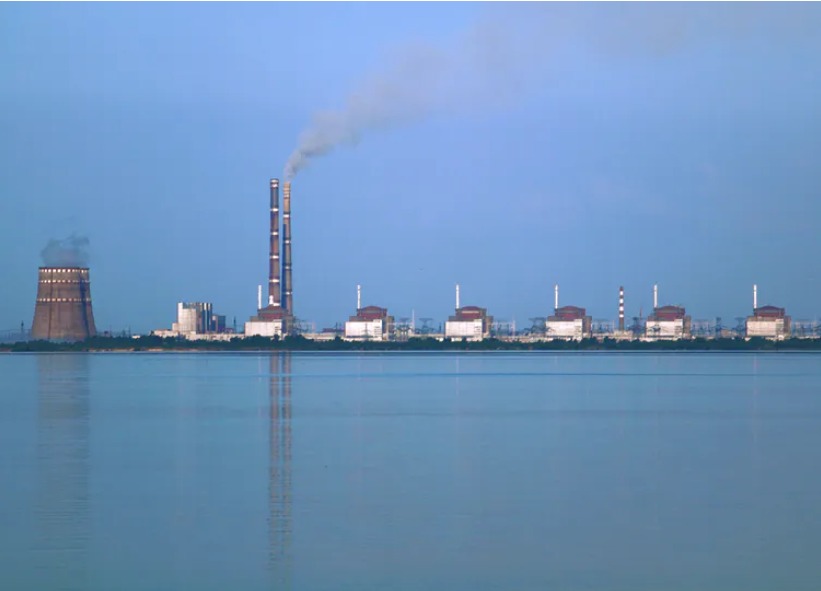 Any attack on a nuclear facility is a major breach of international norms. However, the attack could have been much worse. In the extreme, a breach of a fuelled and operating reactor could be disastrous, releasing vast quantities of hazardous nuclear material into the air. This plume of material could be blown over a large area by wind, contaminating vast areas of land and water supplies. Such a scenario is not limited to a nuclear reactor either. If a used fuel storage pool were to be damaged and the fuel could not be cooled, a similar scenario could result, albeit at a smaller scale.

The above is, however, an unlikely worst case scenario. If Russia’s decision to target an administrative building was indeed deliberate, we can hope that this means they will not target the reactors. It seems likely, at least currently, that the planners of Russia’s “special military operation” will seek to capture the plant as a piece of critical national infrastructure. However, should the conflict continue to drag on past Moscow’s original expectation of three to four days, more extreme measures may be taken.

In a press conference on the morning after the attack, the International Atomic Energy Agency’s Director General, Rafael Mariano Grossi, stated that the agency would not idly monitor the situation from Vienna. Grossi expressed an intention to travel for talks with both Ukraine and Russia. We must hope that he can reach an agreement that will minimise further danger to the power plant and allow Ukraine’s nuclear reactors to operate safely until the crisis can be resolved.

This article was originally published in The Conversation on 4 March 2022. It can be accessed here: https://theconversation.com/ukraine-war-the-dangers-following-russias-attack-on-the-zaporizhzhia-nuclear-power-plant-178564

Dr Ross Peel is the Research and Knowledge Transfer Manager for the Centre for Science and Security Studies at King’s College London. He does research and manages a team of researchers on diverse topics including nuclear energy politics, safeguards and security, intangible technology transfer risk, and WMD non-proliferation in Iran and North Korea. Prior to joining King’s, Dr Peel was a Nuclear Systems Consulting Engineer and Associate Partner with Nuclear-21, a decision support consultancy firm for the nuclear energy sector. His PhD research examined the separations chemistry of thorium and the physics of novel nuclear fuels incorporating thorium. His first degree was in Mechanical Engineering with French, gained from the University of Sheffield in 2011 with a year spent at INSA Lyon in France.