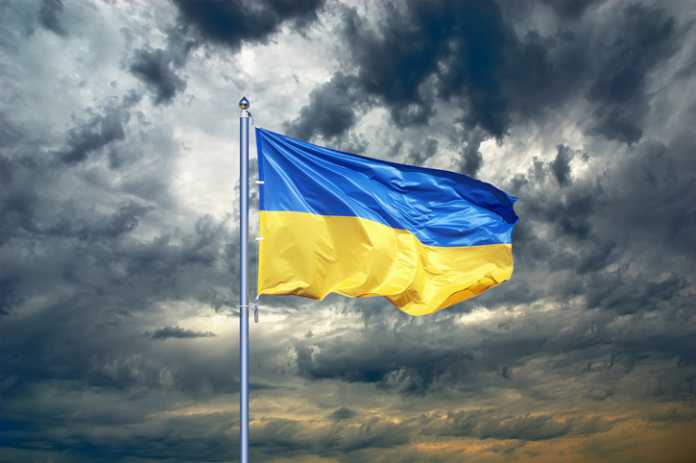 Tomorrow begins the Crimea Platform international summit, which will be convened by Ukraine in the capital Kiev. It took more than a year for President Zelensky’s political technologists to formulate nebulous goals to be achieved through the new international consultative format on the de-occupation of the Crimean Peninsula.

One of these goals, of course, is Zelensky’s desire to gain the support of anyone from the European Union or the United States, especially on the eve of his meeting with Biden. As is reported, Zelensky’s western neighbors support his ambitions to resolve the Crimean issue, advance reforms, and fight corruption.

Additionally, while the Ukrainian Ministry of Foreign Affairs does not plan to disclose the list of partner countries it invited, it is already clear that, in the absence of a clearly formulated agenda, the event is unlikely to result in any strategic or significant agreements. Moreover, if you take into account Zelensky’s still less than stable position in international politics, the prospects for a solution to the “Crimean question” do not seem very optimistic.

A slew of international scandals are accompanying Zelensky to the Crimean Summit, and perhaps now the joke is on the former comedian.

More than two years have passed since Volodymyr Zelensky was elected president of Ukraine. However, in that time, he has managed to deliver only 25% of his long list of campaign promises (CEU data as of May 2021), which included a wide array of assurances, such as delivering an independent supply of gas to Ukraine and ending the war in Donbass.

Furthermore, of the promises that have been delivered, most are mainly lesser issues that do not have a significant impact on the lives of Ukrainians.

In regards to the main election promises, the president has failed both to end the war in southeast Ukraine and prosecute corrupt government officials. He was also unable to reduce the cost of housing and public utilities; on the contrary, prices have skyrocketed, and, consequently, the amount of people who have payments in arrears is growing. It must also be noted that the president has not increased industrial production or solved the especially sensitive language issue.

Today, it is fair to say that Zelensky was less than honest with the 73% of Ukrainians who, expecting real change, voted for him in the presidential election. As is to be expected, the president’s popularity has more than halved according to the latest polls.

In light of all of Ukraine’s unresolved domestic problems, it is obvious that Zelensky has not shown the necessary strength or fortitude in the international arena over the last two years. On the contrary, international partners have avoided high-level meetings with him. This fact will be on full display, at the Crimean Summit, when a few heads of neighboring countries arrive instead of the several dozen world leaders that were announced to be among the visiting delegations.

It is important to recall how in March of this year, the leaders of the Normandy Format meeting held it online without Zelensky. The discussion of the Donbass case and the fate of Ukraine without its representatives is a vivid demonstration of the attitude of international leaders towards Zelensky. Such a “hostile” step by France and Germany indicates an inadequacy of the Ukrainian president on the international stage. Putin, Macron and Merkel do not consider Zelensky a significant player and know that, in principle, his lack of participation does not affect the situation in Ukraine itself. There are ups and downs in international relations. US leader Biden and German Chancellor Merkel completely bypassed Zelensky and signed the agreement with Putin on the Nord Stream 2 Pipeline. The Ukrainian president was “told to shut his mouth and not criticize the agreement.” Resultingly, the Ukrainian side, represented by Kuleba, did not “start consultations with the European Union”, and all subsequent steps will be useless because Zelensky has come to be regarded as a “toxic” partner with whom it is nearly impossible to conduct negotiations.

“Cold Peace” with the United States

In a comment to French journalists, Zelensky recently admitted that “the United States has lost interest in Ukraine.” Given that even in the most difficult moments for Ukraine, Biden, who was not yet the president of the United States, treated the Ukrainian issue with great care and respect, the current situation for Zelensky is embarrassing.

Biden, by delaying a bilateral meeting with Zelensky, did him no favors. It is notable that the US leader has already held dozens of meetings with the leaders of other states and, not long ago, within the very walls of the White House, received Belarusian opponent Sviatlana Tsikhanouskaya, who was not even present in the capacity of an official state actor. On the other hand, Zelensky, a head of state, is still on the waiting list to meet the American leader.

The story of Biden and Zelensky’s phone conversation reflected on him just as badly. The White House Office of the Press Secretary and the Office of the President of Ukraine issued various statements on the content of the talks between the leaders of the two countries. Initially, the Ukrainian statement stated that the American leader supported the Membership Action Plan (MAP) for Ukraine to enter NATO.  Biden, However, knew nothing about this, because such a statement was never said. As Zelensky’s Crimean Summit is expected to be of little interest to the United States, America is only sending transportation minister Pete Buttigieg.

What did Zelensky do in response? He signed a law “on comprehensive general secondary education” which deprives minorities of the right to learn in their native language. Given this, it makes sense that Hungary will continue to block Ukraine’s accession to NATO until Zelensky deigns to listen to the opinions of his partners.

Germany went one step further and, during a visit from Zelensky, canceled his meeting with the Minister of Defense without giving any explanation. Do they not think Zelensky warrants an explanation for the cancellation?

As has clearly been seen over the past two years in Ukraine, there has been no real attempt to strengthen state values, make a real effort to fight corruption, or institute a well-thought-out energy or economic policy, because Zelensky’s struggles somehow always result in the detriment of the state and never seem to affect his corrupt circle, led by Ermak.

Ermak himself, who really performs the functions of Zelensky, does not arouse any sympathy from either Europe or the United States. Just recently, he received a refusal from the Americans for a request to speak over the phone with National Security Advisor of the United States Jake Sullivan. After the failure of the special operation against the Wagnerians, Ermak has permanently lost his place at the negotiating table.

Now, on the eve of the Crimea Platform summit and his meeting with Biden, Zelensky will try with all his might to stifle the wave of criticism directed at him so that his international partners don’t start having to remind him that he is barely president as it is.

Only the facts will speak for themselves.