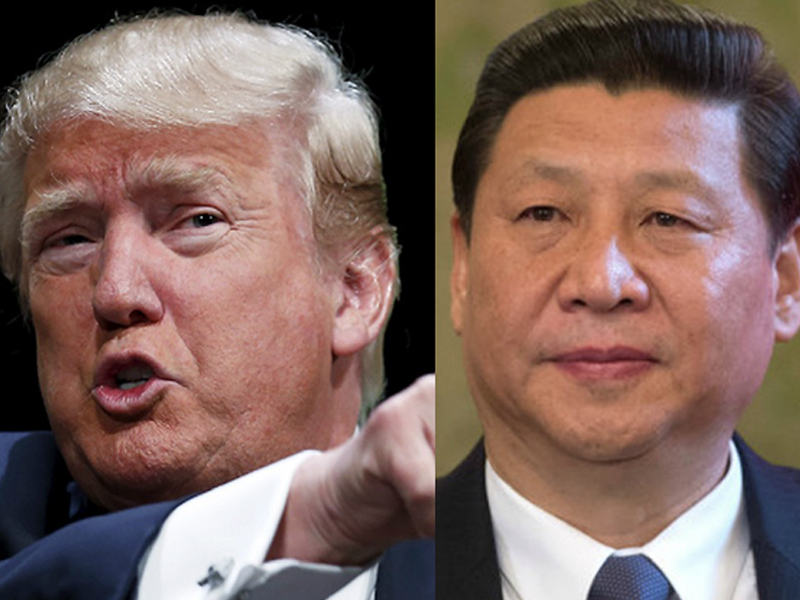 Trump has pledged to reset the White House policies on “America First” basis. In Asia, it may mean an effort to balance with Russia against China and the reverse of US China approach in the 1970s.

After inauguration, Donald Trump will move from Trump Plaza in mid-Manhattan to White House in Washington, where he will enjoy extraordinary execution power. Today, Republicans will control the White House, the Senate and the House of Representatives.

Consequently, whatever the administration will decide to do is likely to be bigger and bolder, move ahead faster and have greater consequences.

In Asia, that may translate to a double pivot.

Pivoting Away from China

Through his campaign, Trump voiced strong opposition against Obama-led Trans-Pacific Partnership (TPP), while labelling the North American Free Trade Agreement (NAFTA) a disaster. He has also suggested that he would renegotiate or reject other US international commitments.

In particular, he has threatened to use 35-45% import tariffs (although currently Trump’s team has been floating a 10% tariff) to force some countries, particularly Mexico and China, to change what he calls their “unfair trade practices”. Indeed, he is likely to press talks on trade practices, while forcing Beijing to enforce intellectual property rights.

High-level trade appointments suggest that he is likely to walk the talk. He chose Peter Navarro – the author of The Coming China Wars (2005) and Death by China (2011), and What China’s Militarism Means for the World (2015) – to head the newly-created National Trade Council (NTC), which will oversee industrial policy in the White House. Navarro’s fellow China critic Dan DiMicco, former CEO of Nucor, America’s largest steel company, became Trump’s trade advisor. In turn, the new US Trade Representative will be former Reagan administration official Robert Lighthizer, a staunch critic of China’s trade practices.

US-led free trade plans have been shelved, which has left China an opportunity to redefine trade in Asia Pacific. That effort, however, may have to cope with Trump’s double pivot.

Meanwhile, US-led free trade plans have been shelved, which has left China an opportunity to redefine trade in Asia Pacific. That effort, however, may have to cope with Trump’s double pivot.

If President Obama’s major foreign policy goal was a pivot to Asia, President Trump is likely to pivot toward President Putin and Russia. Indeed, Trump’s efforts to improve relations with Russia led to a last-minute counter-attack by the US intelligence community, based in part on facts but largely on circumstantial and unsubstantiated evidence. To Trump, the intelligence dossiers, including one about him, represent the kind of neoconservative fiction that served as a pretext for the Iraq War.

Unlike Obama, Trump is open to lifting sanctions on Russia and is likely to meet Putin soon after he takes office.

In contrast to Russia, Trump has used China as a scapegoat for US trade deficit, offshoring and manufacturing decline. He has also shown willingness to challenge the basis of US-China ties since 1979, as evidenced by the recent “one China” policy debacle. Ultimately, these efforts go back to neoconservative visions in the 1990s to use imperial “divide and rule” efforts in China’s special administrative regions (Hong Kong and Macao), Taiwan, and certain autonomous regions ((Xinjiang, Tibet), in order to foster dissension within the mainland.

Regionally, these efforts are likely to mean greater assertiveness, most likely in the name of “freedom of navigation” (FON) operations. In his confirmation hearing, secretary of state, Rex Tillerson, former CEO of ExxonMobil, said that he would take a strong stance on China’s claims over the South China Sea adding that US should “send China a clear signal that, first, the island-building stops, and second, your access to those islands also is not going to be allowed.”

In details, Tillerson is said to have misspoken, however. Any forceful effort of the US to circle one or all the islands would result in an open conflict with China, which is not in the US interest. Nonetheless, the new administration is opting for a somewhat new regional stance.

Indeed, there may be a curious logic underlying Trump’s efforts to foster a pivot toward Russia but away from China. Usually, the two geopolitical moves have been analysed separately. In fact, they are linked.

In the past few weeks, Trump has had several meetings with Henry Kissinger, who remains close to both Moscow and Beijing.

Unlike Obama, Trump is open to lifting sanctions on Russia and is likely to meet Putin soon after he takes office.

In the early 1970s, President Richard Nixon and his security adviser Kissinger sought to undermine Soviet Union’s might by making a historical opening to Beijing. What is less known is that Kissinger then observed that “in 20 years your successor, if he’s as wise as you, will wind up leaning towards the Russians against the Chinese.” He argued that the US needed “to play this balance of power game unemotionally. Right now, the US needed the Chinese to insulate the Soviets. “But in the future, it would be the other way around,” he added.

The Trump administration may presume that, from the US standpoint, such a balancing game would weaken or contain China, while, to Russia, it would ensure closer cooperation with Europe.

Yet, the assumption may prove flawed on three counts. Today, Putin’s economic, political and military ties with China are strategically too critical to endanger. Moreover, after the betrayal of its promise to avoid NATO enlargement in Russia’s regional neighbourhood, US has also implemented several ill-conceived rounds of sanctions against Russia. In the process, Washington has lost all credibility among Russians. Finally, as China has been transformed in the past four decades, Kissinger himself has maintained close ties with both Russia and China.

Nevertheless, Trump’s recent geopolitical moves – non-interventionist rhetoric but neoconservative advisers, the effort to challenge “One China” principles, the stated shift toward greater assertiveness in East and Southeast China and his double pivot vis-à-vis China and Russia – indicate that his longer-term goal may be to include Putin’s Russia in a “Common European Home” from the Atlantic to the Urals that Gorbachev promoted in 1987.

The problem is that the Cold War ended almost three decades ago, however.

Dr. Dan Steinbock is the founder of the Difference Group and has served as the research director at the India, China, and America Institute (USA) and a visiting fellow at the Shanghai Institutes for International Studies (China) and the EU Center (Singapore). For more, see http://www.differencegroup.net/