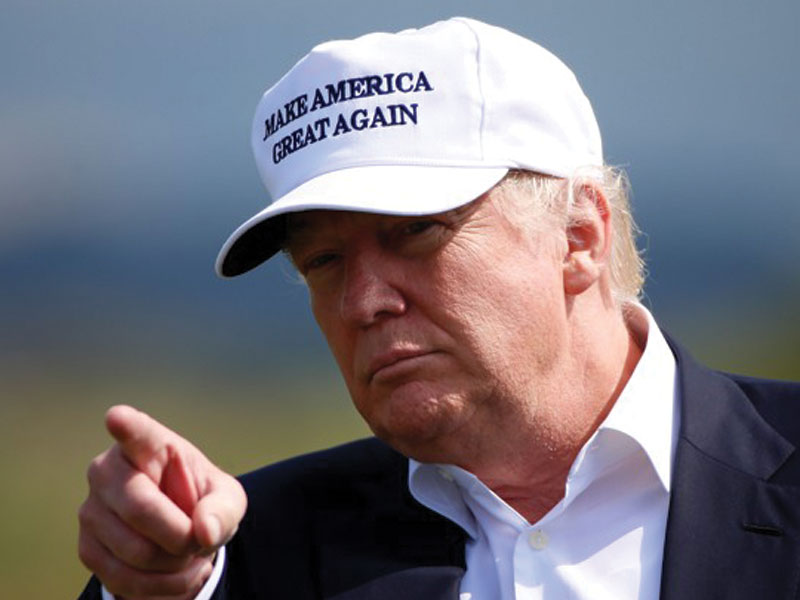 As world trade and investment have plateaued, globalisation has ground to a halt. The timing could not be worse for the Trump tariffs.

In the recent Central Economic Work Conference, stability became the common denominator for China’s economic planning in 2017. And next year, the new central committee will is likely to speed up the reform push toward the late 2010s.

Meanwhile, President-elect Donald Trump chose Peter Navarro, a long-standing China basher, to head the newly-created National Trade Council. Concurrently, the Trump team proposed a 10% import tariff, which is likely to trigger a trade conflict between US and China – and many other nations.

Starting in January, the US-Chinese goals will diverge in a way that has not been seen since the 1970s.

Massive monetary stimulus, but no pickup in trade and investment

At the peak of globalisation, the Baltic Dry Index (BDI) was often used as a barometer of international commodity trade. The index soared to a record high in May 2008 reaching 11,793 points. But as the financial crisis spread in the advanced West, the BDI plunged by 94% to 663 points.

As China and other large emerging economies chose to support the ailing advanced economies through G20 cooperation, the US, the EU and Japan pledged they would accelerate reforms in global governance. At the same time, they launched massive fiscal stimulus and monetary easing. So the BDI soared to 4,661 in 2009.

The indicators of global investment and trade herald even gloomier prospects.

However, as promises of reforms were ignored and stimulus policies expired, the BDI bottomed out at 1043 in early 2011, amid the European sovereign debt crisis.

During the past half a decade, advanced economies have sustained a semblance of stability by relying on historically ultra-low interest rates and massive injections of quantitative easing. Yet, these huge shifts have not been reflected by the BDI, which continues to stagnate, as do the advanced economies.

Indeed, last February, the Index reached a historical low of 290 but rose to almost 1,260 in the fall, fuelled by the globalisation efforts of China-led G20. However, after Trump’s protectionist moves, the index has plunged again – almost 25% in less than a month.

The indicators of global investment and trade herald even gloomier prospects.

By the 1870s, capital and trade flows rapidly became substantial, driven by falling transport costs. However, this first wave of globalisation was reversed by the retreat of the US and Europe into nationalism and protectionism between 1914 and 1945.

After World War II, trade barriers came down, and transport costs continued to fall. As foreign direct investment (FDI) and international trade returned to the pre-1914 levels, globalisation was fuelled by Western Europe followed by the rise of Japan. This second wave of globalisation benefited mainly the advanced economies.

After 1980 many developing countries broke into world markets for manufactured goods and services, while they were also able to attract foreign capital. This era of globalisation peaked between China’s membership in the World Trade Organization (WTO) in 2001 and the global recession in 2008. Indeed, during the Great Recession, large emerging economies led by China fuelled the international economy, which was spared from a global depression.

In 2017, the Trump tariffs will pave way to greater protectionism, which is likely to be supported by several key elections in Europe. As a result, the supportive effect of world trade and investment could deteriorate further – particularly as tit-for-tat retaliation scenarios will materialise.

But as the G20 cooperation dimmed, so did global growth prospects, too. Before the global crisis, world investment soared to almost $2 trillion. In the current year, global FDI will decline. The state of world trade is worse. World export volumes reached a plateau already some two years ago. World trade has stopped growing.

At the same time, the third leg of globalisation, global migration, is plunging in developed economies and stagnating in developing countries. The 21st century has started with more than 65 million people displaced from their homes by conflict and persecution. It is the greatest global forced displacement since 1945.

In 2017, the Trump tariffs will pave way to greater protectionism, which is likely to be supported by several key elections in Europe. As a result, the supportive effect of world trade and investment could deteriorate further – particularly as tit-for-tat retaliation scenarios will materialise.

We are about to witness a major clash between Washington and Beijing. But it is not just a clash between the Chinese quest for stability and Trump’s “First America.” It is a clash between America and the rest of the world – particularly the emerging economies which today fuel global growth prospects.

The world economy will pay the bill.

The original, slightly shorter version was published by Shanghai Daily on December 28, 2016.

Dr Dan Steinbock is the Founder of Difference Group and has served as Research Director at the India, China and America Institute (USA) and visiting fellow at the Shanghai Institutes for International Studies (China) and the EU Center (Singapore). For more, see http://www.differencegroup.net/