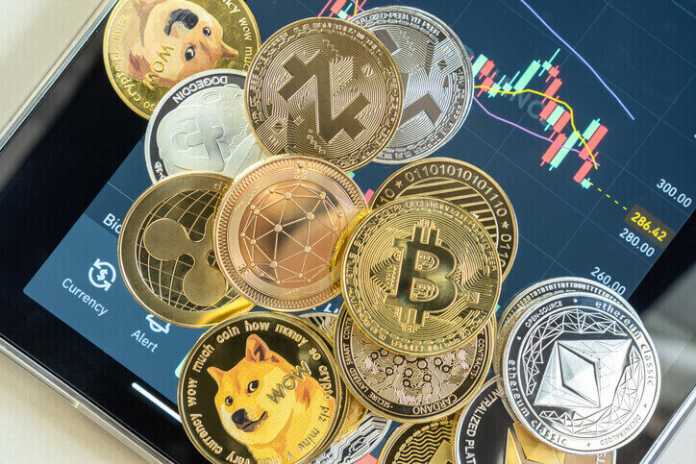 When bitcoin was first introduced in 2009 as a response to the financial crisis, everyone thought all we were getting was a digital currency. Not many people could predict that we were getting a novel asset in hand. Now 12 years later, thousands of cryptocurrencies have been created with different degrees of utility, specialties, promise, and adoption.

The cryptocurrency market is now a vast market and is worth more than $1.3 trillion. But, unfortunately, it’s difficult for willing investors to determine the best cryptocurrency to invest their money in in such a market.

Bitcoin is currently the most prominent cryptocurrency in the market and continues to pave the way for others. However, you may be looking to invest in other coins apart from bitcoin, mainly because it is costly and you are a student. Given the level of volatility in the crypto market, it is crucial to choose the right coin. In addition, cryptocurrency investment can be overwhelming without the required knowledge. So, this article discusses seven of the best crypto coins to invest in for students.

This is one of the first coins in bitcoin’s footsteps. It was built on a global payment network that is open-source and is not controlled by a central authority. It also uses “scrypt” for proof of work, and it can be decoded using consumer-grade CPUs.

Litecoin is similar to bitcoin in some ways, but the block generation rate is faster, so the confirmation time for a transaction is faster.

Apart from developers, several merchants are accepting Litecoin. It currently has a $4 billion market capitalization and is worth $190 per token.

For all its uses, there was an aspect of bitcoin that the developers and users became frustrated with at some point; that’s the small data blocks on the blockchain, which has a 1-megabyte cap. The limit started to slow down transaction times and led to increasing fees.

This problem developers sought to address during the hard fork that birthed Bitcoin Cash in 2017, with a larger block size reaching 8 MBs. Although this coin does not have as much popularity as bitcoin and is not as stable, it has a massive potential to scale. It is also one of the most valuable coins in the world.

This is the second most popular cryptocurrency globally and has been the second fiddle to BTC for many years. It has a $276 billion market capitalization and currently takes up 18% of the overall crypto market shares – which is still far from bitcoin’s 47% but over times more than the closest coin.

Ethereum is currently the best platform for Defi (decentralized finance), and users can create smart contracts that execute automatically after some conditions are met. In addition, this platform cuts off third parties like brokerages, banks, and clearinghouses, so it is an exciting platform to save money. As the usage of Defi continues to rise, we expect that the use of this platform will increase as well.

This digital currency was created using a research-based approach by mathematicians, cryptography experts, and engineers. Charles Hoskinson co-founded this project after falling out with other founding members of Ethereum. He left the ethereum project to create Cardano.

The Cardano team created this blockchain through peer-reviewed research and extensive experimentation. The rigorous process put into making this platform is one of the reasons why Cardano stands out among other proof-of-stake peers. Many people already dub it the “ethereum killer” because of the capability of its blockchain.

It currently has a $71 billion market capitalization, the third-largest in the market, and one ADA worth around $2.50.

The origin of this coin was a lighthearted joke about blockchain. However, it has grown massively with about a 4000% price increase this year – which means it is currently the eighth largest coin by market cap. The unlimited capacity for mining and more extensive circulation of this coin is why this coin remains lesser than a dollar.

Although bitcoin has a 21 million coins cap, Dogecoin already has 130 billion coins in circulation, and there are new blocks to be mined every year. Moreover, as stated in a term paper help, the mining rate of Dogecoin is faster than bitcoin. So it has this advantage over bitcoin.

Cryptocurrencies have subjective and debatable measures of fundamentals, unlike stocks. This means that some other credentials must be considered with crypto. One of these is the person that started the project.

For Polkadot, Gavin Wood, who is very credible, is one of the co-founders of Ethereum, and he has helped drive DOT into the list of the most valuable cryptocurrencies in the crypto market. A benefit of this coin is that it can serve as the bridge between networks. This means that it is possible to build applications on this platform that works on the Bitcoin and Ethereum networks. DOT was built after the industry pioneers and had features that make it faster and scalable than its predecessors.

An advantage of this coin is that there are strict limits to the total token number in circulation, similar to Bitcoin. It has a 200 million limit and is one of the reasons why BNB is currently one of the most valuable coins in the world.

This coin is the native coin for the famous Binance exchange and has grown over 700% this year. This coin’s model is different from others in the market, burning most of the coin every quarter – and doing it with one-fifth of the profit. It currently has a $50 billion market capitalization.

These are some of the best and most prospective crypto coins for students to invest in. While there are thousands of other cryptocurrencies in the market, these are the most prospective ones.

Thomas Jackson is a professional freelance content writer providing cheap essay writing service for essaymama and buy research papers, and also an active member of several writing clubs in New York. He has written several songs since he was a child. He gets inspiration from the live concerts he does in front of close friends and family members.