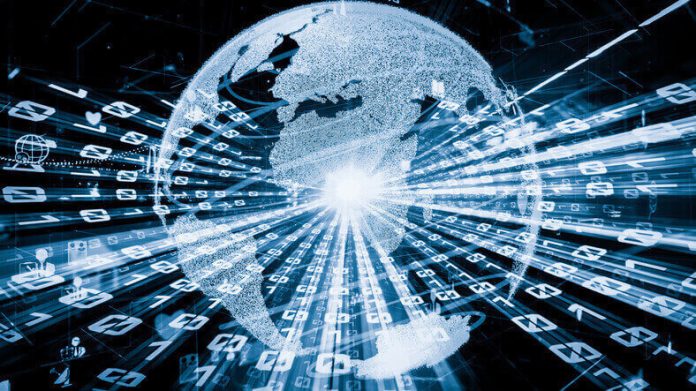 Cryptocurrencies, or digital currencies, are the forms of money generated and managed without any involvement of any central authority. With these currencies becoming more popular than ever before, it is crucial for people to take notice.

Cryptocurrency networks also enable instantaneous transactions between themselves without any need for a third-party clearinghouse or intermediary. You might not know which digital money is the fastest, but luckily for you, this blog article gives you all the details; where you may find the best in average transaction speed, confirm transactions, transactions per second, and more.

What Exactly Is Transaction Speed, TPS, and Why Is It Important?

Transactions per second (TPS) is a term used in the context of blockchains to describe how many transactions a network can execute in a second. This is extremely important in the cryptocurrency world. In addition to the block duration and average transaction size, it may be calculated by knowing the block size of a particular block.

It is also possible to determine the maximum TPS of the Rebellious chain by using this formula. Below are some of the fastest cryptocurrencies available in the market today.

EOS is a blockchain-based decentralized operating system that was first released in June 2018. It gives developers, businesses, and individuals the tools to build blockchain applications. The platform’s claimed EOS throughput capacity of 2,800 transactions per second puts it in the fastest cryptocurrency for real transaction speed.

The EOS mining arrangement differs from the now-familiar Bitcoin blockchain mining idea in that it does not use a central processing unit. In return for their efforts, block creators generate the required number of blocks and are paid to create new block EOS coins for each one they generate.

In exchange for payment, block generators may publish an amount they are willing to pay. The quantity of units they create is calculated using the interquartile range of the expected crypto payments issued by all block generators.

Ripple is a global settlement and remittance network created in 2012. It uses a decentralized applications blockchain to allow different currencies and assets to be transferred and traded freely.

It also has an expansive list of partnerships with banks, payment providers, and other financial institutions that use XRP as a bridge currency between fiat and crypto.

Stellar Lumens is a decentralized payment system that lets you make any transaction in any currency. Stellar also allows for frictionless and immediate processing transactions, and it can be used to transfer money internationally with speed and reliability.

In the cryptocurrency industry, the stated digital currency is one of the most rapidly growing. Stellar can be used to send money across borders at a quick transaction speed.

It also offers several features that make it fast, such as multi-signature transactions, which allow you to send or receive funds without an intermediary.

Compared to others, Stellar differs in that it relies on a ledger maintained by trustworthy nodes rather than a completely decentralized peer-to-peer network. As a result of this, the Stellar throughput transaction time for Stellar is just around 5 seconds.

NEO is an innovative contract platform that allows the creation of blockchain applications. It also has a decentralized exchange platform for trading digital assets and a wallet that will enable payments and transfers through digital tokens.

NEO was one of the earliest cryptocurrencies to be developed, released by Da Hongfei and Erik Zhang in 2014.

On August 2, 2021, NEO revealed the formal introduction of the N3 version, marking a significant milestone for the NEO team and the team’s most significant accomplishment to far this year.

Algorand is an open-source project focused on building a new decentralized ledger that stores a number of transactions in a verifiable and trustless manner.

The network does not require mining, instead of relying on the principle of “Proof of Intelligence” (PIO), where each node can prove its high-quality work through its level of computational power.

The Algorand mainnet was deployed in June 2019 and could process over 1 million transactions per day as of December 2020. Algorand throughput can now handle 1,000 transactions per second with a ledger closure time of roughly five seconds, according to the company.

Why Is It Necessary to Have the Fastest Cryptocurrency?

Because of network congestion, the Ethereum network is now plagued by high gas costs (transaction fees), which is a source of great concern. When the stock market crashed not long ago, the network’s gas costs spiked as high as $2,000 due to investors’ panic selling, which caused the network’s gas fees to skyrocket.

This is an inherent problem and an example of a network that is experiencing scaling issues. While Ethereum has not announced a hard fork update to their network, they have said that it will take place sometime this summer and is anticipated to increase scalability and throughput significantly.

Is Bitcoin Network and Bitcoin Block Still The Most Popular Cryptocurrency?

The answer is yes, as bitcoin has revolutionized the world to the point of the induction of bitcoin casinos. Bitcoin could operate without the involvement of financial institutions because of the peer-to-peer blockchain technology that enabled it to conduct transactions and verify ownership. Even if the average bitcoin transaction speed is at only 4.6 transactions per second, which is considered not high TPS, it is still one of the most popular cryptocurrencies in the blockchain network.

Bitcoin has been by far the most prominent cryptocurrency. The fluctuation of its value significantly influences the rest of the cryptocurrency market because of its large market cap. Therefore it is one of the most widely used exchanges in the market compared to other cryptocurrencies.