In today’s world, security is paramount. With so many cyber-attacks taking place, it is essential to be aware of the different ways to protect oneself. One way to do this is through the use of encryption and tokenization. Encryption is a process that transforms readable data into an unreadable format. Tokenization, on the other hand, is a process that turns individual tokens into a collective whole. While both techniques have their benefits and drawbacks, they are essential for mitigating cybersecurity threats.

Tokenization is the process of turning text into discrete units that can be easily handled and tracked. It’s a critical step in the process of transforming information into digital form, and it can be used to create unique identifiers for items, people, or places. Tokenization can also be used to simplify data entry and analysis. Tokenization can be applied in a variety of contexts. Here are some examples: identifying items of merchandise on store shelves and making them easier to stock and sell by making it possible to detect duplicate or similar items.

Even though tokenization is getting more and more popular all-around the banking industry, many people still do not understand how it works. One of the most common questions is: “Is tokenization the same as encryption?”.

The article will try to answer this question, without leaving a gap or additional doubts.

Tokenization and encryption are two of the most important concepts in data security. While they have similar goals, tokenization focuses on protecting individual pieces of information, such as a user’s name or credit card number, while encryption protects data in its entirety.

Tokenization – The Removal of Structure

The removal of the structure from traditional financial systems has led to the development of tokens as a new form of asset. Tokens can represent anything from letters to numbers, and they can be used to identify specific items or groups of items. Tokenization is often used in information systems to speed up the processing of data and to make it easier for users to understand and use.

Tokens represent a share in an underlying platform, service or application and are used to pay for goods and services. They allow for flexible and transparent payment mechanisms that reduce the cost and time involved in making transactions.

Tokens offer a number of benefits over traditional assets, including the ability to monitor real-time changes in value, access features and services without having to own or trade an underlying asset, and the potential for increased liquidity. Token-based systems have been used as a mechanism to create new applications and services such as crowdfunding platforms, decentralized exchanges, social networks and even digital currencies.

The process of tokenization can be done by a variety of methods that are used to create tokens from data. These include hashing, encryption, and compression. Tokens are smaller pieces of data that represent the entire string they are attached to.

The removal of structure is one of the most important aspects of tokenization. By tokenizing a document, we are able to extract specific information without having to rely on the original document’s layout. This allows us to analyze data more accurately and quickly. Additionally, tokenization can help us reduce the risk of data breaches and fraud.

Encryption – data protection in its entirety

Encryption is a process of transforming readable data into an unreadable format so that only authorized people or devices can access it. Modern encryption techniques use algorithms to transform text, numbers and other digital information into a code that is virtually impossible to decipher without the correct key. Encryption is used to protect sensitive information, secure data and ensure privacy. The process of encryption involves using algorithms and keys to transform readable data into an unreadable format. It is a mathematical process that can be used to create digital signatures or encrypt messages.

There are a lot of similarities between tokenization and encryption, but there are also some important differences. Tokenization is a process of breaking down data into smaller pieces that can be more easily handled and processed. Encryption is a way to protect data by transforming it into an illegible format. However, the two processes aren’t always interchangeable. For example, encrypting data will not necessarily make it safe from unauthorized access, while tokenizing it may help improve its security. 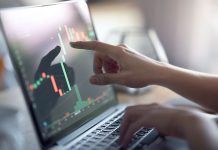