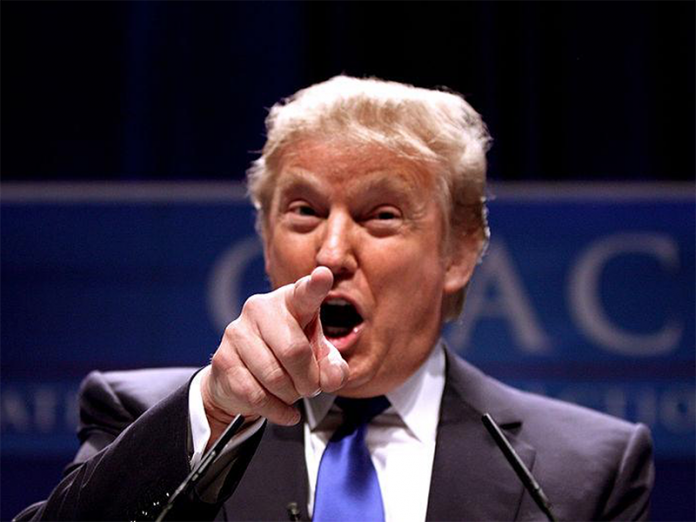 The United States is being ravaged by the COVID-19 pandemic. The country’s economy is in shambles. A constituency of the population refuses to take the recommended precautions to help combat the virus.

His chances of reelection when Americans go to the polls on Nov. 3rd seem to diminish by the day.

So what it is that causes sleepless nights for President Donald Trump?

Why TikTok, of course.

A video-sharing app developed and owned by Chinese company ByteDance, TikTok enables users to easily create viral sensations. It can also help to predict what videos users will prefer to watch via its complex artificial intelligence algorithms.

TikTok is the social media access tool of choice for Gen Z. People post short video clips to increase their popularity, some even buy TikTok views. It’s also becoming a dominant presence in the music industry and a powerful tool to aid political causes.

ByteDance is currently rated the No. 1 tech startup in the world, valued at over $100 billion.

In early August, Trump signed an executive order that states TikTok must be sold to a U.S. company by September 21st. Otherwise, he will ban it from the country.

The USA is currently the No. 1 market worldwide for TikTok. Losing access to America would be devastating for the company.

Trump cited national security as well as data privacy, noting the app’s ties to China. He believes it creates the potential for China to track the locations of Federal employees and contractors, build dossiers of personal information for blackmail, and conduct corporate espionage.

In this instance, Trump may actually have a valid point. Under China’s 2017 national intelligence law, all Chinese firms are required to cooperate with government intelligence services when a request is made. In this instance, if the ruling Communist Party were to ask ByteDance to provide access to its U.S. user data for political reasons, the company would be unable to refuse. Declining to do so would put ByteDance at risk of not being able to maintain corporate operations on the Chinese mainland.

The company has denied providing any such access to the Chinese government and thus far, U.S. officials haven’t shown any proof that such data leaks are taking place.

Nonetheless, the U.S. Senate also unanimously approved a bill banning the use of TikTok on any government-issued devices.

By banning TikTok, Trump is also doing exactly what Americans are so quick to criticize oppressive governments like China for doing. That would be suppressing free speech.

He could also make it easy for other foreign nations to ban some of the giant U.S.-based tech firms on similar grounds.

Critics of Trump see this move as a trial balloon being launched by his administration to gauge the reaction to his bid to censor a form of free speech in the country.

Both Microsoft and Twitter have been linked as potential suitors to purchase TikTok. Meanwhile, the owners of TikTok are expected to file a lawsuit this week against the Trump administration to fight the ban.

Trump tends to make everything about him and there’s also an opinion that the reason for his distaste of TikTok is that the app was used to embarrass his administration when he staged a June rally in Tulsa, Oklahoma.

A TikTok user’s suggestion that people book phony reservations to the rally and then not show up went viral. On the eve of the rally, Trump’s campaign boasted of over a million applications for tickets. In reality, just 6,200 showed up to the 19,000-seat arena.

It’s likely that Trump had never heard of TikTok before that night.

The Clock Is Ticking

Instead of worrying about an app, Trump might be wiser to apply his time to his flailing reelection campaign. Currently, he trails Democrat Joe Biden by as much as 10 points in some polls. He’s also behind in virtually every swing state. Biden is the odds-on favorite in the politics betting markets to be the one sitting in the Oval Office after Jan. 20, 2021.

In truth, the tick tock Trump should be worried about is the clock winding down on his time in the White House.